Thomas Preining and Dennis Olsen believe that Porsche's strong braking and tyre-warming performance was significant in the Weissach marque securing its first DTM win in a “messy” opening Norisring race.

Team Bernhard Porsche driver Preining twice made successful passes for the lead around the outside into Turn 1 on restarts, before consolidating his advantage in the final two restarts to take the brand’s historic maiden victory in its first season in the DTM.

Fellow Porsche driver Olsen advanced from ninth on the grid in his SSR Performance example to complete a 1-2 second with a penultimate pass on Rene Rast’s Abt Audi, who commented afterwards that “the Porsche was just too strong today, especially on the brakes”.

Only 11 cars finished the eventful race, which Preining described as “a complete mess from start to finish”, with Laurens Vanthoor taking fourth in the second SSR machine.

When asked by Autosport to explain his prowess at restarts, passing first Kelvin van der Linde then Rast after losing out in the pit phase under full course yellow, Preining said: “I think it’s a combination of strong braking performance and also getting the tyres up to temperature easily, or easier than some other manufacturers.

“We already saw that in qualifying that we could start pushing a bit sooner than them.

“For sure the restart, it’s definitely not a disadvantage, maybe it’s just for the driver confidence.

“For sure it takes a lot of confidence to make a move around the outside into Turn 1.”

Olsen explained that he “made most of the positions in the restarts” by taking the outside line into the left-hand Turn 1 hairpin in “a pretty messy race from my side”. 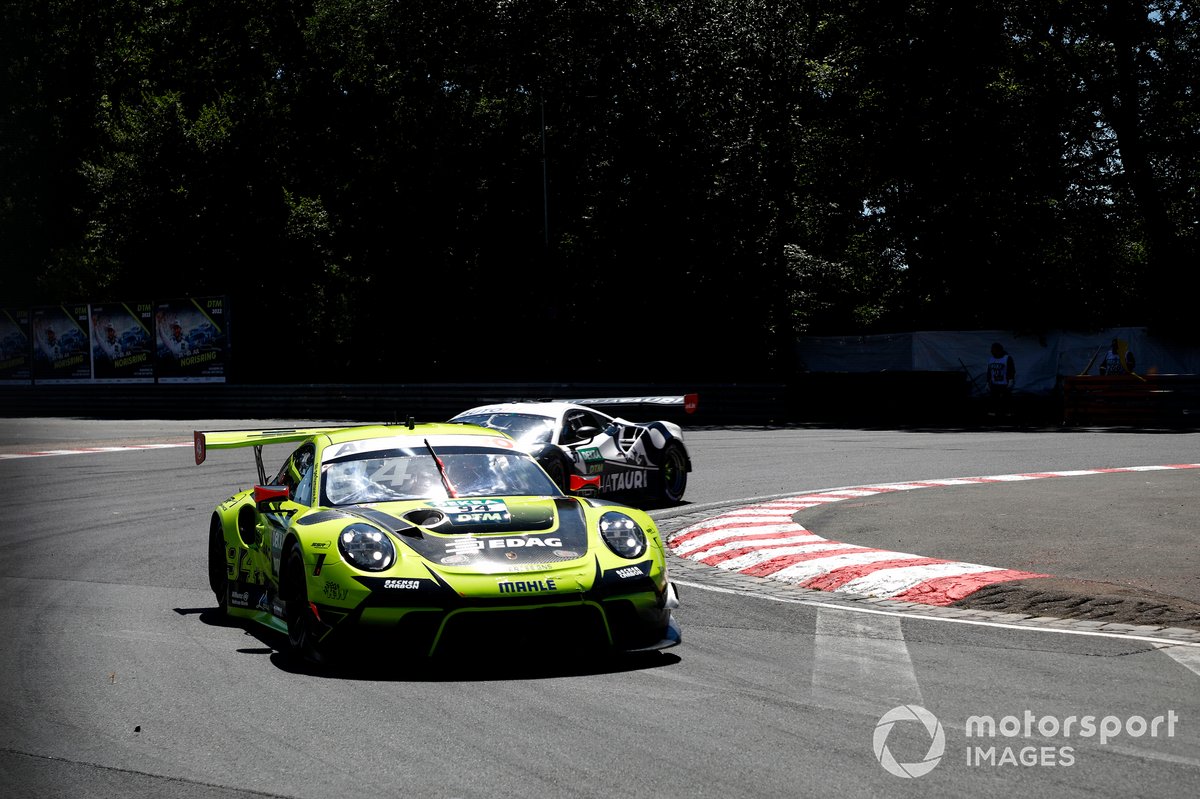 Asked by Autosport to describe his lengthy battle with Rast, Olsen agreed that the strength of the 911 GT3 R had been under braking.

“The Porsche has been very good on the brakes this weekend, we have been extremely strong in the braking zone,” he said.

“I think ultimately the contact [with Rast] came a little bit out of me committing on the braking zone.

“Maybe Rene also moved a little bit under braking and then we came together, finally I think it’s racing, it’s how it is.”

Reflecting on taking Porsche’s first win with his single-car team owned by two-time Le Mans 24 Hours winner Timo Bernhard, after coming close to scoring a maiden podium at Imola last time out, Preining said: “We’ve not had the best start to the season but the way we managed to bounce back and also the consistency we’ve had over the last two race weekends has definitely been a big step in the right direction.

“I’m very proud of the progress and obviously proud of being a small part of DTM history with Porsche’s first win, for us it is a big milestone and a very big success that will stay in our memories.

“The race was a complete mess from start to finish, luckily I managed to stay out of trouble, out of all the accidents.

“The first two restarts, I managed to gain a position in each around the outside of Kelvin and then Rene. 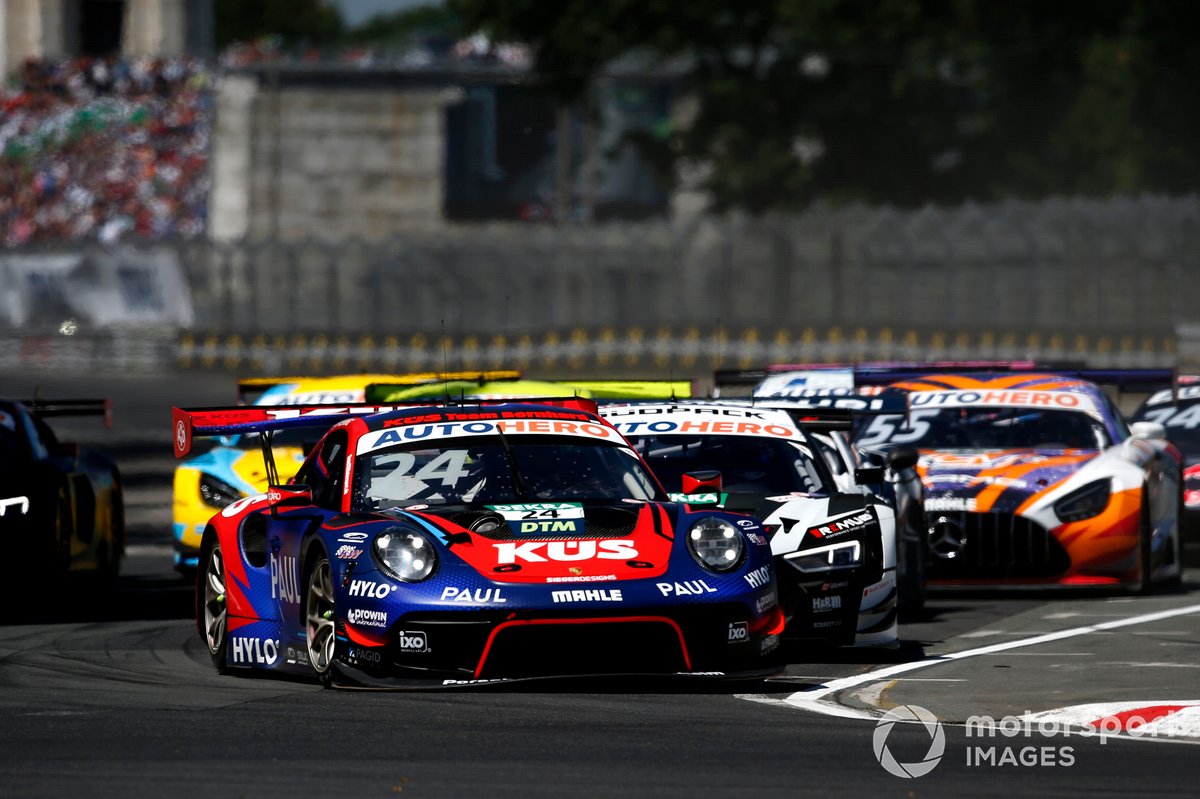 “They were very fair, no contacts or anything – which is usual here in this dangerous first corner. But it worked out nicely.”

Olsen added that his and SSR’s first podium would serve as a “big confidence boost” after “a rough season” so far.

“[SSR] came from GT Masters being champions [in 2020] and vice-champions [in 2021] and then coming here getting your arse kicked as we have been this year, to be honest it’s tough for everyone,” he said.

“Therefore I think this is very important to keep our heads up, definitely for myself as well I’m super happy and proud.”