The 29-year-old German was called up to replace Mattias Ekstrom, who skipped the event in a successful quest to win the World Rallycross title, and starred on his way to sixth place in race one.

Audi GT3 star Rast was racing the Team Phoenix RS5 normally driven by Mike Rockenfeller, while Rockenfeller moved into Ekstrom's seat at the Abt Sportsline team.

He was complimented by the marque's title contender Edoardo Mortara, to whom Rast acted as rear-gunner in the Saturday race while Mortara saved DRS for a second-half charge.

"Of course it was always my goal, my target, to be a DTM driver some day," Rast told Autosport.

"Now I've done some DTM races, and I'll leave it up to Audi whether I do a full season or not." 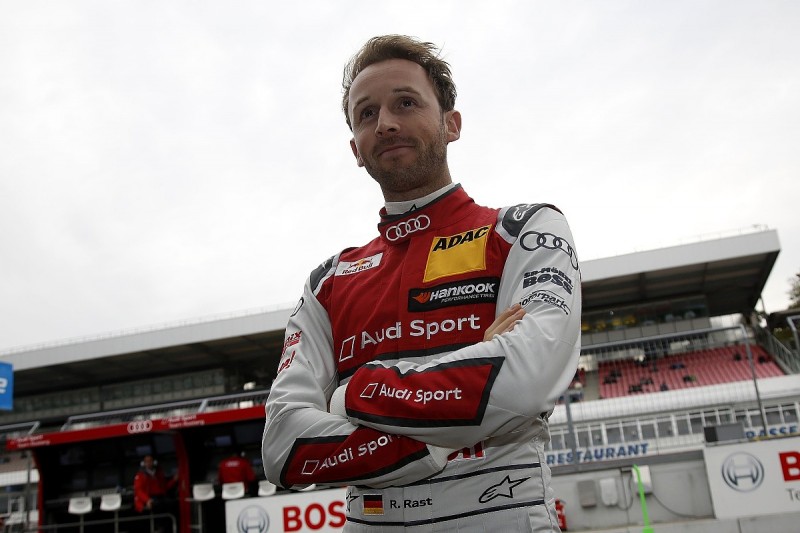 Rast said he was much better prepared for Hockenheim than he was for his DTM debut in July at Zandvoort, where he replaced Adrien Tambay for the Sunday only after the Frenchman was injured in a startline crash in race one.

"I knew two or three weeks before this race and I actually did half a test day at the Hungaroring, a tyre test," he said.

"I could get used to the car and also spent some days with the team, did a proper seat.

"We had some nice meetings talking about the general driving of the car, how to attack, how to set it up, and this helped for sure.

"The two free practice sessions helped as well, because I could get a rhythm - it's all about the details in the DTM in the end, and if you don't know the details you are nowhere.

"This happened at Zandvoort and I was nowhere, but qualifying here [Rast was 11th] was much better than at Zandvoort."

"I also got to know the tough side of the DTM," he added.

"I felt that I'd delivered a great qualifying lap, and suddenly found myself in position 23."