Green had won three of the year's four races heading to the Nuremberg street circuit, but was not a factor there as Audi laboured through a weekend dominated by Mercedes.

Performance weight based on its strong start to the season - with some Audi drivers running as much as 30kg heavier than several BMW entries - played a role as its drivers struggled with set-up.

Green led the way for Audi on Saturday, qualifying third and eventually finishing the wet-dry race seventh after a clash with Paul di Resta.

While di Resta labelled that move at the chicane - where Green looked to follow Bruno Spengler through - as "silly", stewards opted against taking any further action.

On Sunday, Green did not have frontrunning pace and was ninth late in the piece when he was passed by BMW's Maxime Martin at Turn 1.

However, contact from Martin as he moved down the inside punctured a tyre on Green's car and after a pitstop he finished 19th.

He left with an 11-point lead atop the standings having been 23 ahead beforehand.

"It's unacceptable how the championship leader was treated on track," Gass said

"It was not OK. When a car has to pit after a fight on track to get fresh tyres or have something repaired, it certainly was a bit too much.

"I'm disappointed for race control not to have looked at the incident."

NO QUALMS OVER SPENGLER MOVE

In the closing laps, Bruno Spengler muscled past Audi's Mattias Ekstrom at Turn 1 to take third place, and despite a minor touch, Gass declared the move "hard but fair".

Having qualified 21st and finished 17th on Saturday, an overnight set-up change transformed Ekstrom's weekend, and the Swede agreed with his boss on the pass.

"Sure, you can say, 'you should fight harder for the podium'," Ekstrom said.

"But Bruno has been fair to me for a long, long time now and I don't want to ruin our relationship.

"If he was faster, I would always give him the chance to pass and he took it this time."

Spengler started on pole, but was shuffled down to fifth over the course of a single lap a quarter of the way into the race.

From there, he pressured Ekstrom, and the late pass secured BMW's first podium of the season.

"It's a step in the right direction," he said.

"It was a lot of fun to race against Eki, he was on the line all of the time, not missing his apexes or anything.

"At the end, I had to find a little hole and there was one at Turn 1, and I kind of squeezed my nose in there.

"We touched a little bit but from his side it was very fair and from my side as well.

"It was a very good fight." 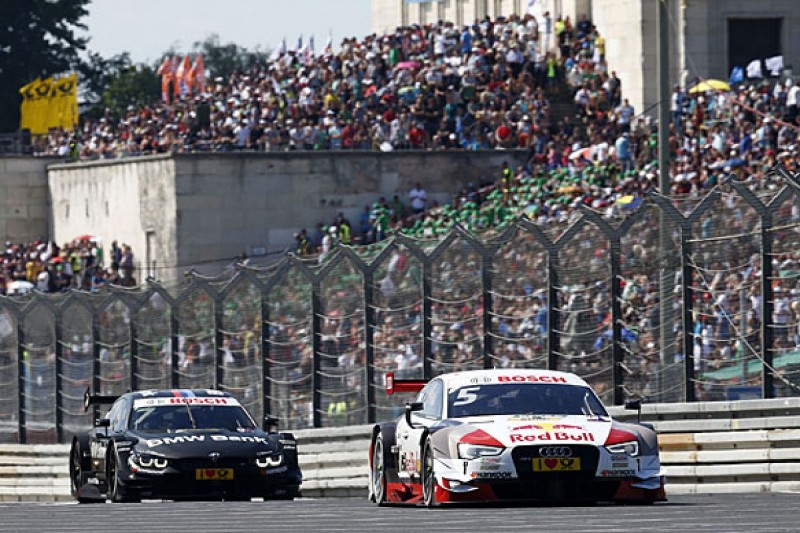