The manufacturer came away from Russia scoring significantly fewer points than Mercedes and BMW, picking up just 44 while its rivals scored 82 and 78 respectively.

Audi's performance in the dry qualifying session for the Sunday race was of particular concern, with its highest-placed car starting 12th on the grid.

While it managed to get four cars into the top 10 to score points in the race, its DTM boss Dieter Gass called for a careful analysis of the qualifying dramas after a "catastrophic" result.

Speaking ahead of this weekend's races at the Nurburgring, Gass said: "We intend to come back with renewed strength.

"The Moscow analysis has confirmed our original assumption that we didn't get the tyres to work in qualifying.

"We've come up with corrective actions.

"The championship race is intensifying, and everything is still open - our aims are unchanged.

"We're expecting a balanced field at the Nurburgring, and we have to be prepared for anything in terms of weather there." 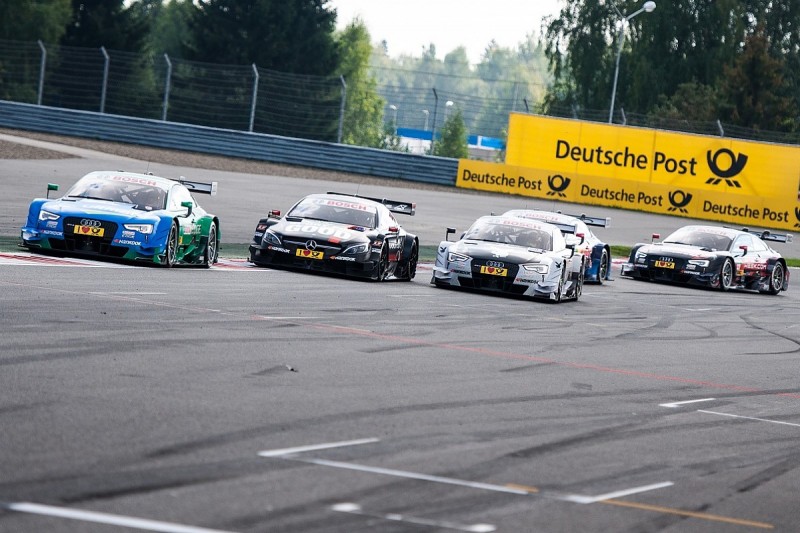 "The Nurburgring is one of my favourite tracks on the DTM calendar.

"I've had many good results there, I feel comfortable on the track and I'm confident we're going to deliver a good race."

Green added that Audi "should be competitive" on a weekend where "we need to regain our form".

DTM title contender Wickens hits out at Tomczyk over collision