AF Corse Ferrari driver Lawson set the first benchmark of the session with a 1m32.584s, before Maximilian Gotz posted a 1m32.563s in the HRT Mercedes to snatch the top spot away from the Kiwi.

Lawson though responded with a 1m32.168s that proved to be just enough to claim a second pole in the last three qualifying sessions, with none of his rivals able to match his time on their second runs.

The 19-year-old looked set to go even quicker on his final flyer, setting purple times in sectors 1 and 2, before aborting the lap when it was clear his previous time would be good enough.

Gotz eventually ended up third-quickest after failing to match Lawson in the second run, finishing 0.121s off the pace.

PLUS: How Audi's new DTM star is channeling Rast to achieve his "childhood dream"

The Abt Sportsline driver banged wheels with Ellis on his outlap, forcing him to come to the pits for a fresh rear-left tyre with just two minutes left in the session.

The 2020 DTM runner-up Nico Muller enjoyed improved fortunes after a difficult run of races in the lead Team Rosberg Audi, securing his best starting position since Zolder in sixth. 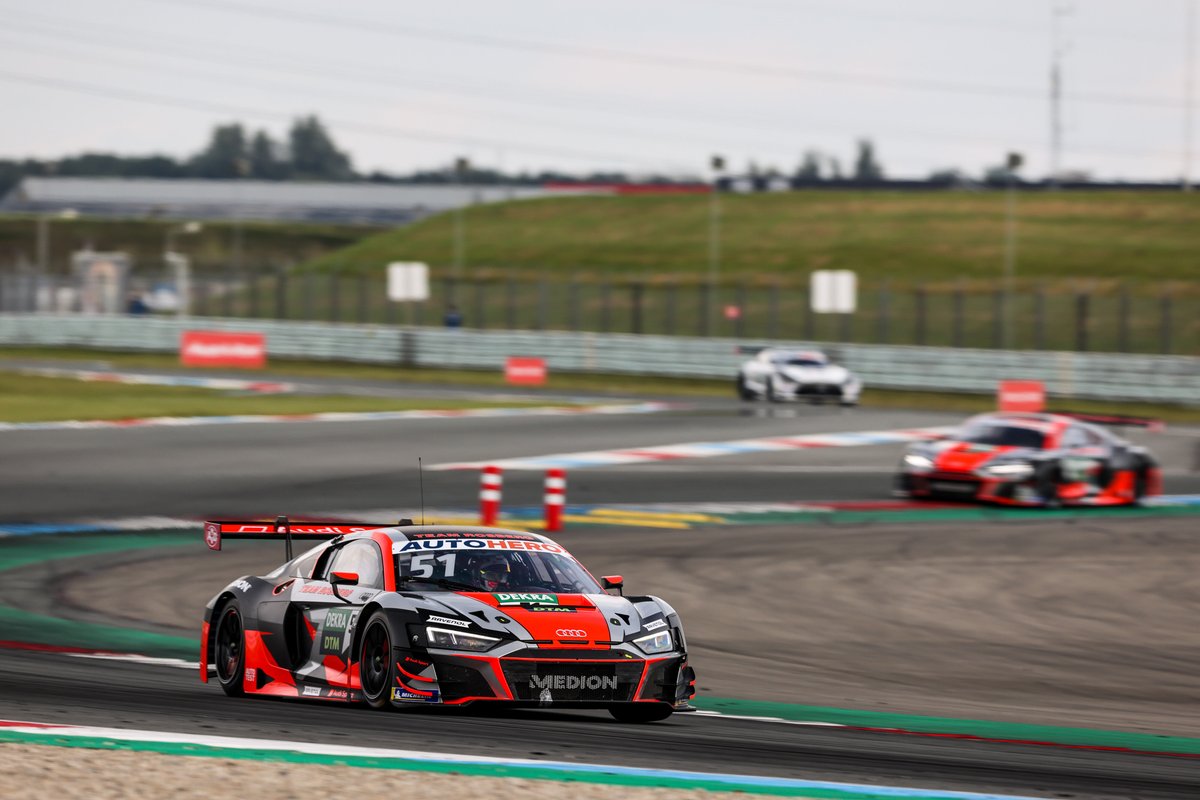 Seventh place went to Vincent Abril in the second of the HRT Mercedes, ahead of Sheldon van der Linde in the Rowe Racing BMW.

The top 10 was rounded out by Mercedes drivers Arjun Maini (GetSpeed) and Maximilian Buhk (Mucke Motorsport).

Several drivers lost their best laps to track limits infringement right at the end of the session, dropping to the second half of the grid.

Ex-F1 driver Christian Klien had originally qualified fifth on his final race weekend with the JP Motorsport McLaren team, but was eventually demoted to 16th place. Lawson's team-mate Alex Albon likewise dropped from sixth to 14th, while factory Lamborghini driver Mirko Bortolotti slipped to 12th in the final classification on his series debut.

Bortolotti, however, did beat T3 Motorsport team regulars Esteban Muth and Esmee Hawkey, who finished only 18th and 20th.

Qualifying was red flagged with under six minutes left on the clock when Dev Gore crashed at the exit of Turn 7, suffering damage to the right-rear side of his Team Rosberg Audi.