Zanardi will make his debut in the series in the pair of night races at Misano in August, and BMW has started work on adapting its M4 DTM car to suit the double amputee's needs.

DTM rule changes for 2018, which allow a seventh car from each manufacturer to run as a non-points scoring guest entry, have helped facilitate Zanardi's appearance, following Matias Ekstrom's farewell at the Hockenheim season opener.

"Jens Marquardt came up with the idea, he offered me the opportunity to be in that role in Misano," he said. "I never expected it to be possible.

"At first I thought it was a joke because I know how competitive the DTM is. I haven't driven a race car in a long time.

"The last time was in Mugello in 2016 at the Italian GT Championship season finale.

"There are still many question marks and it won't be a Sunday afternoon ride for me.

"It's going to be one of the biggest challenges I've ever faced as a racer." 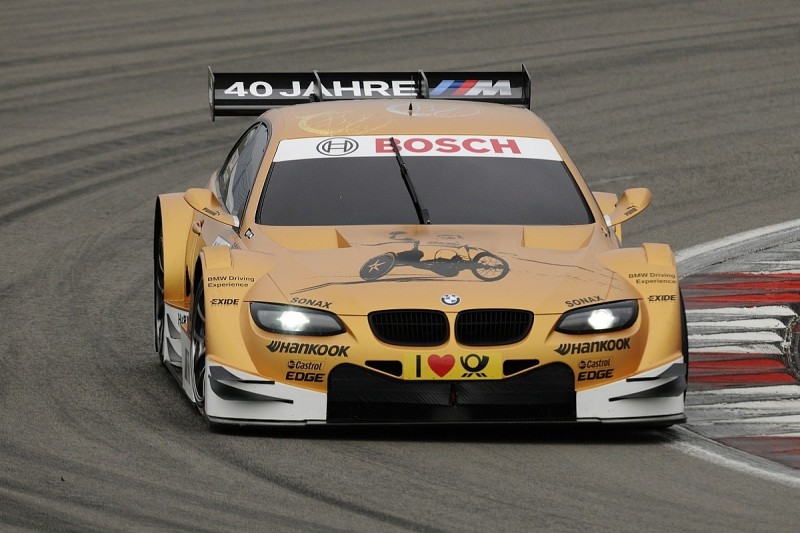 Zanardi added that he hopes his DTM appearance can help increase interest in the series while it is at a crossroads, with Mercedes' due to leave at the end of 2018.

"Mattias [Ekstrom] has opened the doors for a guest starter with his farewell races," added Zanardi.

"I think Jens Marquardt spoke with [series boss] Gerhard Berger, and probably also with representatives of Audi and Mercedes.

"I would like to thank everyone, knowing that it would not normally have been possible to have a 19th car in the field.

"But I think they could all imagine that someone like me - at my home race in Misano - could sit in the car.

"My participation could further increase the interest in the series, which deserves our full attention."

Zanardi pointed to two-time DTM champion Ekstrom's struggles in his final races at Hockenheim as to the level of competitiveness he can expect.

Ekstrom finished 17th and 16th in his final DTM races, having not conducted any pre-season testing, and Zanardi admits it is reasonable to expect a similar performance from him.

"It was always a dream of mine to start in the DTM as a professional racing driver, it's fantastic," said Zanardi.

"When you see that a very talented driver like Mattias Ekstrom is at the end of the field at his last races at Hockenheim, then there is no plausible reason why I should do otherwise.

"Normally I'd have to be even worse than him. But I am an optimist and a fighter.

"I will seize the opportunity BMW offers me and maybe I can surprise people. I hope that will happen."