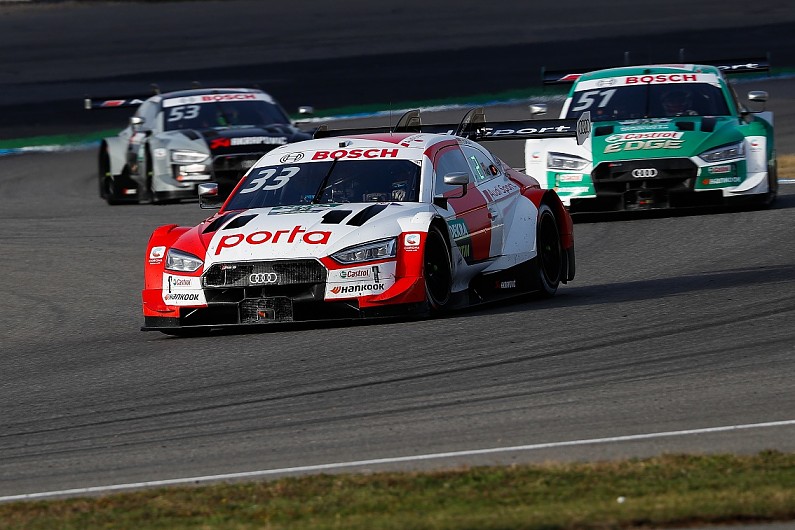 Rene Rast clinched the 2020 DTM title with a commanding victory in the season finale at Hockenheim ahead of championship rival Nico Muller.

With a 16-point advantage heading into Sunday's title decider, Rast only needed a top five result to clinch a third DTM crown in four years - irrespectively of where Muller finished in the race.

But the German driver dominated the proceedings on his way to a seventh victory of the season, eventually winning the championship from Muller by 23 points.

Polesitter Rast lost the lead at the start to fellow Audi driver Mike Rockenfeller, but was able to repass him at Turn 8 on lap 3 to snatch the top spot again.

Muller cleared Rast's team-mate Jamie Green off the line to move up to third, before finding a way past Rockenfeller to put himself right behind the race leader.

After failing to close the gap significantly enough to make a move, Muller made an early stop on lap 14, hoping to undercut Rast for a second time in two races.

The strategic gamble initially appeared to pay off as Muller got the jump on Rast, who waited for another three laps before diving into the pits.

But armed with fresher tyres, Rast closed in on Muller at a rate of nearly a second a lap, and breezed past the Abt driver at the flat-out parabolika section to take the lead of the race.

Once out in front, Rast managed to pull away from the chasing pack with relative ease, taking the chequered flag by 11.137seconds to secure his third title - cementing his position as Audi's most successful DTM driver in the process. 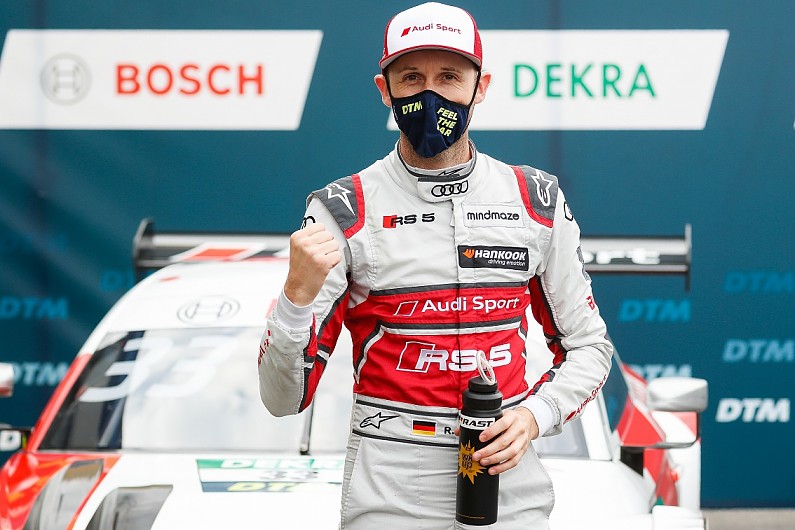 While the battle for victory was settled midway through the race, Rockenfeller and Jamie Green continued to fight for the final spot on the podium until the dying minutes.

Having fended off an attack from Robin Frijns, Green started hauling in Rockenfeller and eventually pulled off a move around the outside of the hairpin to take third with three laps to run.

Former title contender Frijns settled for fifth behind Rockenfeller, with Loic Duval finishing sixth after a lengthy battle with the top BMW of Jonathan Aberdein.

Formula 1 convert Robert Kubica rounded off his maiden DTM season with a 15th place finish at Hockenheim, having also finished in the points in Saturday's race.