Formula 1 convert Robert Kubica says he's losing at least "90%" of his lap time on straights as he continues to struggle for pace in his maiden DTM season.

Kubica has yet to score a point after the opening three rounds of the 2020 season in August, with his best results being a pair of 13th place finishes at the sprint layout of the Lausitzring.

The Polish driver said after the first of the Lausitzring rounds that "something bigger" is holding back his performance, but couldn't pinpoint where exactly his ART-run BMW M4 was lacking compared to the six factory BMW entries.

But following the conclusion of the third round, run on the grand prix layout of the Lausitzring, the 35-year-old says he now understands what is preventing him from showing his true potential in the category.

"One of the problems is how the car accelerates," Kubica told Przeglad Sportowy.

"90% or even all of my loss in qualifying has been incurred on straights. And it's not because I'm hitting the gas too late, but we lack acceleration.

"We have to tune the car differently [because of straightline deficit], but later in the races it does not do much either, because the car also lacks grip. When you have new tyres somehow you can mask this problem, but on long-distances - no.

"The tyres wear out faster and the car slides even more. You can see it from the outside as well, these are not just my feelings. 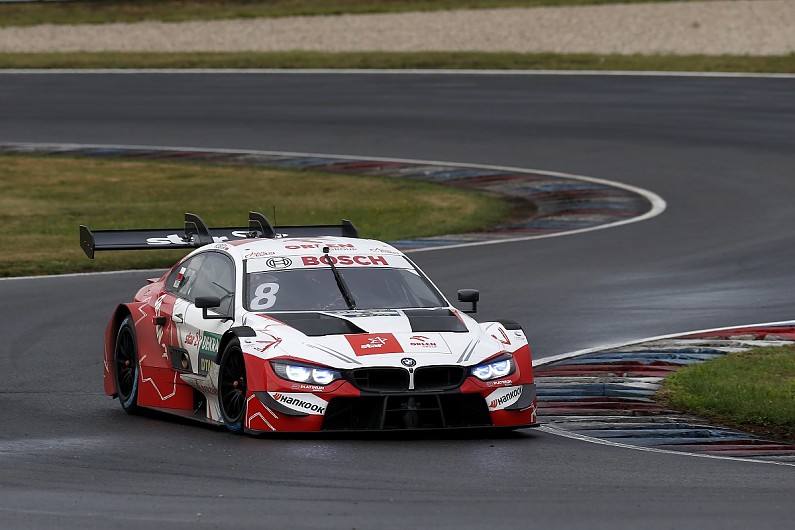 "That is why it is difficult to call this weekend progress.

"If we were to set up my car like the other BMWs, it wouldn't help. And if the others would go with my set-up, then they would not get very far.

"That indicates that something is not working as it should.

"Hopefully there is no longer any doubt that something is wrong."

Kubica qualified a season-best 11th last Sunday at the Lausitzring and ran inside the points early on, but eventually slipped to last place, finishing nearly a minute down on race winner and factory BMW driver Lucas Auer.

"The start was pretty good, and in the first lap I was even ninth at one point," he said.

"I came out of a corner significantly better than [Fabio] Scherer, who was outside and almost never made the corner.

"I was half a car's length ahead of him but he had already passed me halfway through the straight.

"The only comforting thing is that almost all or all of the loss was on the straights, and the driver has little say in that."