Jenson Button heroics aside, it was always naive to expect three Super GT teams to arrive at Hockenheim for a toe-in-the-water exercise and match the DTM in its season finale right off the bat. But the first two days of running at Fuji ahead of the much-heralded Dream Race suggests a true head-to-head battle could be in the offing.

This time, its the DTM (sort of) out of its comfort zone. The likes of Rene Rast and Marco Wittmann - the two leading drivers in the seven-car DTM field - have never raced at the Japanese circuit. But there's more to it than just experience, as there was at Hockenheim.

Home advantage is important, the Super GT field knows the Fuji circuit and its demands well, but that means the drivers and teams can focus on what was its biggest issue at Hockenheim - the control Hankook DTM tyres.

Apart from Button's stunning drive to sixth in qualifying on Saturday at Hockenheim, before a botched pitstop stopped him finishing higher than ninth, the Kunimitsu Honda joined the TOMS Lexus of Nick Cassidy and Ryo Hirakawa and the NISMO Nissan of Tsugio Matsuda and Ronnie Quintarelli at the back of the field, with various scrapes and bruising encounters to show for their efforts.

But the trio of teams came back to Japan armed with data in both dry and wet running and Autosport understands Audi and BMW have been an open book for Nissan, Lexus and Honda by offering advice on how to maximise the standard Hankook tyre so alien to their regular season specialised tyre war.

Insights such as allowing significant time for the Hankook wet tyre to get into the operating window - emphasising a last-minute fast lap effort - will have a profound effect on balancing the competition. Not that competition is exactly the right word, with both DTM and Super GT drivers keen to drum up the longer-term goal of proving Class One regulations can work, rather than oneupmanship. 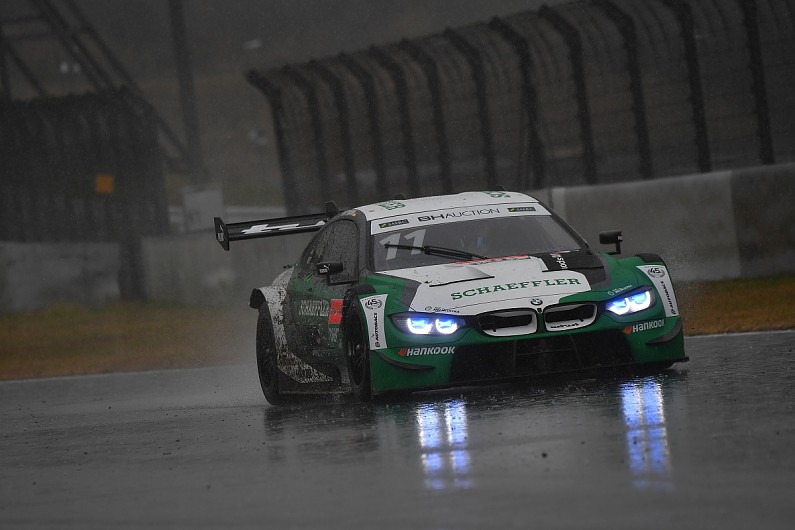 Even the elephant in the room - Balance of Performance - has been a non-topicso far. During Thursday's test day, Autosport was told that the ITR and GTA would only react with BoP measures should it be completely necessary.

The fact the leading Super GT car and DTM machine were split by no more than 1.5 seconds at any point during Thursday and Friday's dry running shows it is unlikely to feature. But as Wittmann pointed out, this isn't a 'pure' race and is more of an exhibition, making the idea of BoP all the more unpalatable.

But the biggest factor against such fiddling is that the wet conditions of Friday proved to be a natural balancing act - and the poor weather is expected to continue.

With Super GT and DTM yet to be fully united under Class One regulations until the new Japanese cars hit the track in 2020, the notable difference is in aerodynamics. Cost-saving measures mean the DTM runs a common aero package compared to Super GT's more intricate designs, but the wet weather renders this difference a moot point.

"I think wet [weather] will help us because understanding the wet tyre, we have an advantage compared to the Super GT guys," Wittmann told Autosport. "If it's dry, we're on the backfoot because it's clear the cars are not the same and they are having a higher top speed which is, especially on this track, quite useful.

"Therefore it seems in the dry conditions, they are quite a bit stronger than us and all in all, with the dry tyres, this is something you understand quicker than the wet tyres." 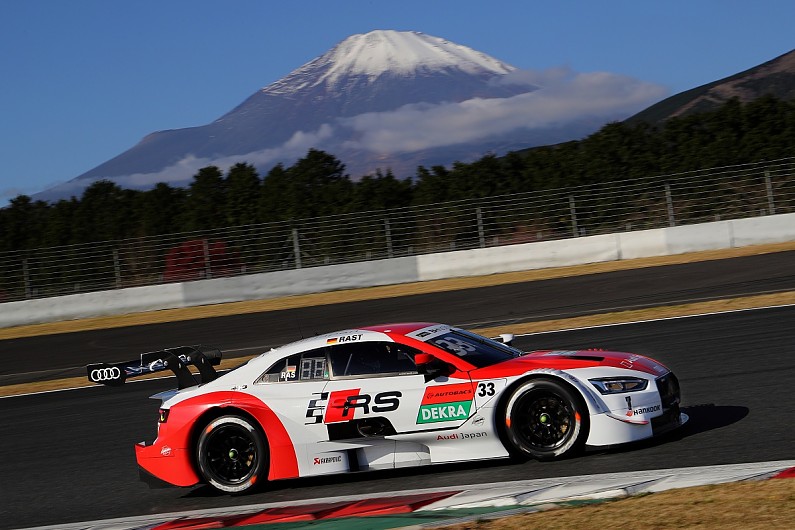 Rast added: "We are still a bit slower than the Super GT cars, slightly, so we might need to adjust our set-up to less downforce. But if we do less downforce, we lose somewhere else so it's a bit of a compromise. Let's see, I hope we're competitive tomorrow in the dry - if it's dry. In the wet, it should be more competitive."

With the DTM's inherent expertise with the Hankook tyres, particularly useful considering how difficult the wet compound is to get into the operating window, the series contenders are not going through anywhere near as much set-up experimentation that proved a huge learning curve for Super GT at Hockenheim.

"For us, it was important to find which downforce level to run - high, low, medium," explains Rast. "I think in the end we are quite happy with the medium downforce and more downforce gives you more performance in sector two - which is the fast corners - but you lose out on the straights. I think medium [downforce] is the best way [to compete with Super GT]."

Again this comes as a luxury that Super GT simply did not have at Hockenheim. The finale in October took place during the Super GT season, meaning there was no simulator work or detailed preparation that could have distracted from their main series. For the DTM's Fuji visit, Rast pointed to the fact he was able to have a day in the simulator at Audi Phoenix's base and Audi Sport headquarters to help the adaptation.

But this isn't meant to make Super GT sound like it was lost or incapable, and the DTM-style pitstops will still likely catch many teams out, but both Rast and Wittmann were quick to point out that the Super GT field had made sizeable steps forward in wet conditions compared to Hockenheim. 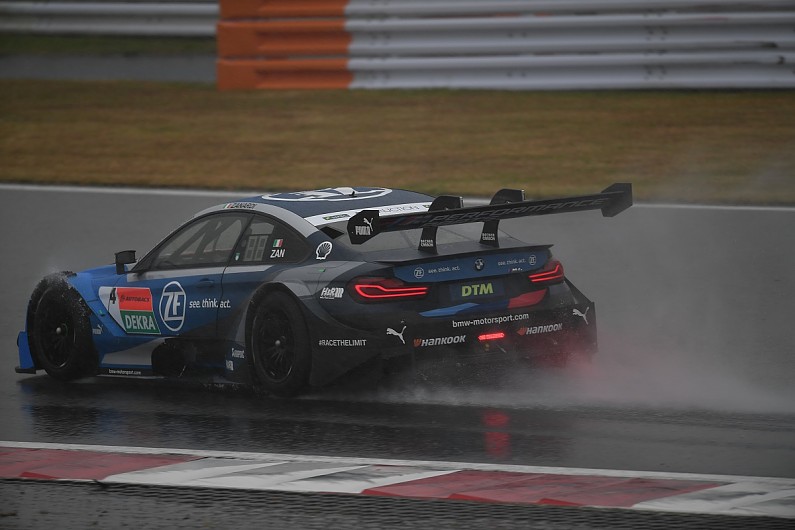 Watching trackside at Fuji, there was none of the oversteer through every phase of the corner and even those without Hockenheim experience proved a match to the DTM. That's all the more impressive considering Friday practice was constantly interrupted with red flags.

"Before the start of us getting together, personally, I was expecting to struggle more," said Lexus LeMans driver Kazuya Oshima. "We were expecting that maybe the DTM would continue to very strong, but maybe because we're here at Fuji, our performance wasn't as bad as we expected and it felt pretty good - especially in the dry.

"We felt that it was a good experience for us. However, and because we have limited experience with the Hankook tyres - especially in the wet - there is much we're still having to learn in regards to the tyres and setting up the car.

"And it's obviously not easy because today there was an accident, then trouble [with the weather] and we've had limited data collected."

Matsuda was the best-placed Nissan driver in the afternoon, no surprise considering he experienced Hockenheim, and he provided the best insight into the overall picture between the series. 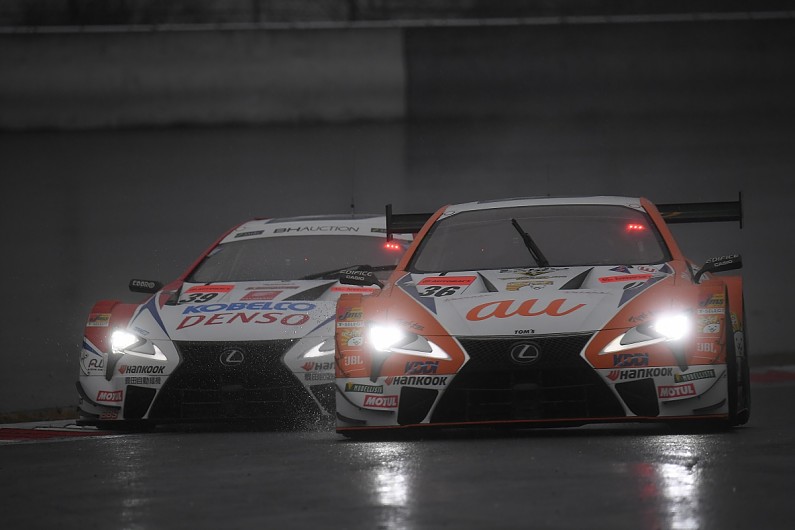 This weekend isn't about having a titanic battle between the DTM and Super GT, but all involved are keen for a strong spectacle that proves a Class One link-up can appeal to both manufacturers and other series.

Autosport is aware of several series in talks with the DTM over potential collaborations and a strong Fuji event would no doubt boost the chances of agreements being made.

"Our goal of racing together - we are not identical with the DTM and Super GT cars even though we have the same monocoque," said Matsuda. "There are a lot of details that are very different. They have the DRS, anyway.

"Trying to compare is quite difficult due to the different characteristics of the races we set our cars for. But as Rast mentioned earlier, it is a very good opportunity for improvement and a big step [in collaboration].

"It's the first of a very big step from all the planning that has been going on for so many years. Finally, racing together in Japan, it's very important for us. It's a very important platform to learn what we have that lacks in both categories - what we need to approach and to become closer in order to have a future together."

While Class One has always been about the future, sometimes at the expense of the here-and-now issues, the value of Hockenheim's exercise cannot be understated. Armed with useful data, a familiar track and support from the DTM's manufacturers, the prospect of an equal weekend of racing is tantalising after Hockenheim's fanfare led to an ultimately low-key racing spectacle. 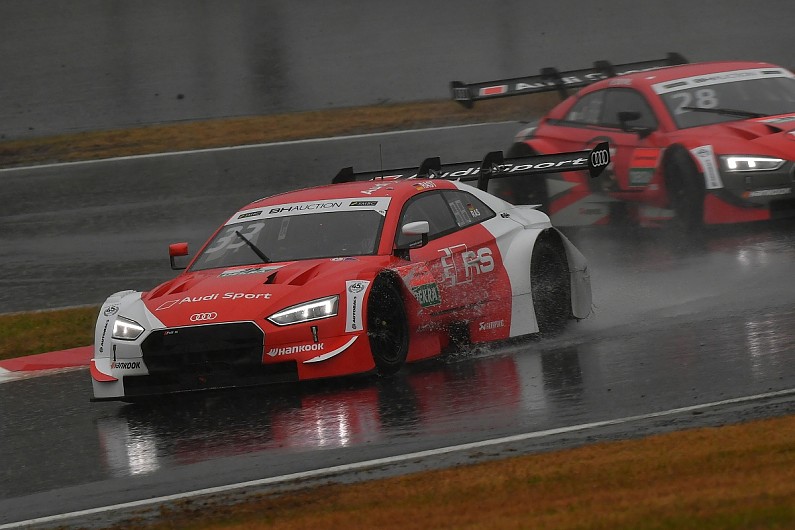