Mike Rockenfeller led another DTM practice dominated by Audi at the Nurburgring, following a brief delay after a red flag caused by Jake Dennis's R-Motorsport Aston Martin losing its door.

Audi driver Loic Duval had initially set the pace after an early three-minute delay to recover Dennis's door, setting a 1m21.301s benchmark before quickly lowering it to a 1m20.742s effort.

But Rockenfeller then went top moments later with a 1m20.691s and his time was never beaten as a run of Audi drivers placed themselves out of reach of BMW. 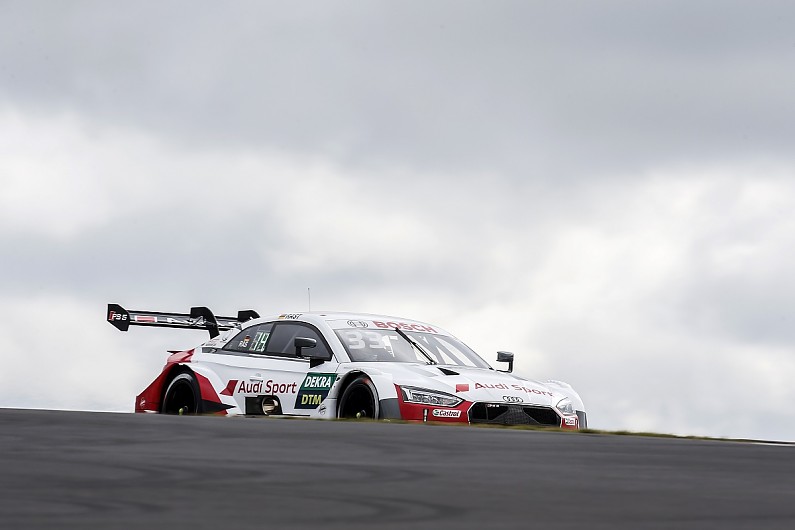 Outside title bet Marco Wittmann was seventh and the leading BMW, preventing Audi locking out the top eight by placing ahead of Jamie Green and WRT's Pietro Fittipaldi.

Philipp Eng rounded out the top 10 in his BMW ahead of Sheldon van der Linde.

Dennis completed just four laps following his red-flag-causing incident and said on Instagram that he had an engine problem during the second practice session after "issues" in the morning's running.