Three of the buggies will be entered in the January 6-20 event across Peru, Bolivia and Argentina.

Former World Rally Championship frontrunner Mikko Hirvonen, who finished fourth on his Dakar debut in 2016 and was 13th this year, will be one of the drivers using the buggy.

X-raid's new rear-wheel drive buggy, which will use the same 3.0-litre diesel engine as the four-wheel-drive car, has been developed in response to Peugeot's recent dominance of the Dakar with a two-wheel-drive car.

The new buggy started development in February 2017 and has undergone a testing programme during which it "never had to stop once due to a technical problem", according to team manager Sven Quandt. 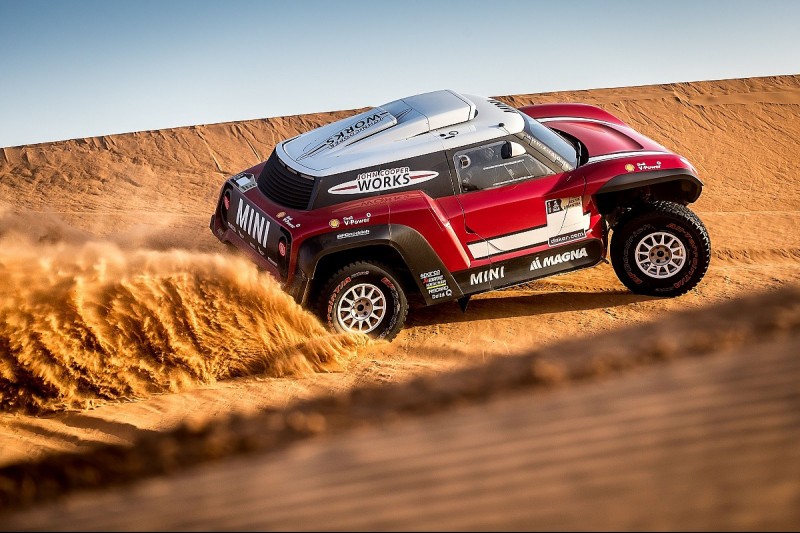 Work has also been done on the Mini John Cooper Works Rally, with weight reduction and suspension changes expected to provide gains of three seconds per kilometre.

X-raid last won the Dakar with Nasser Al-Attiyah in 2015, but this year's event was underwhelming for the team, its cars taking no stage wins and finishing no higher than sixth as Peugeot ran rampant.

Peugeot locked out the Dakar car class podium with its rear-wheel drive buggy-style 3008DKR in 2017, with rivals suggesting its cars were impossible to beat given the significant weight break permitted for two-wheel-drive entries in the regulations.

Peugeot has developed a new 3008DKR Maxi for next year's event, which will be its last Dakar outing - as, amid expectations of rule changes that would hamper its 2WD machines, the French marque has announced it will be folding its programme.