Toyota’s Nasser Al-Attiyah took over the lead of the 2023 Dakar Rally for the first time on Tuesday’s Stage 3 after mechanical problems hit the Audi of Carlos Sainz Sr.

Sainz arrived into the 467km special between Alula and Ha’il with a small advantage of 2m12s over reigning champion Al-Attiyah, with both drivers having scored one stage win apiece during the opening two days of action in Saudi Arabia.

But the Spaniard received a big hit to his hopes of adding a fifth Dakar win to his CV when the Audi RS Q e-tron E2 broke down 213km into the stage with problems to the left-rear tyre, costing him the best part of half an hour to the Qatari driver.

Sainz managed to get going again after an extensive repair job but there was more drama for the two-time World Rally champion later in the stage, when navigational troubles dropped him another 20 minutes to the opposition.

This double whammy meant Sainz finished the stage provisionally in 39th place, and is set to drop even further in the day's order as more driver reach the finish line.

Al-Attiyah faced his own share of troubles after opening the road and finished well outside the top 10 in the day’s order, but the time he gained over erstwhile leader Sainz puts him at the top of the order of the Dakar Rally after the opening three stages of the event.

The Toyota ace now holds a 13m20s lead in the general classification over privateer Yazeed Al-Rajhi, who races an Overdrive-run Toyota Hilux, with Stephane Peterhansel assuming the mantle of the top Audi driver in the standings in third - albeit 20 minutes off the top spot.

Sainz has provisionally dropped to eighth in the overall with a 33m11s deficit to make up in the remaining 11 stages of the marathon. 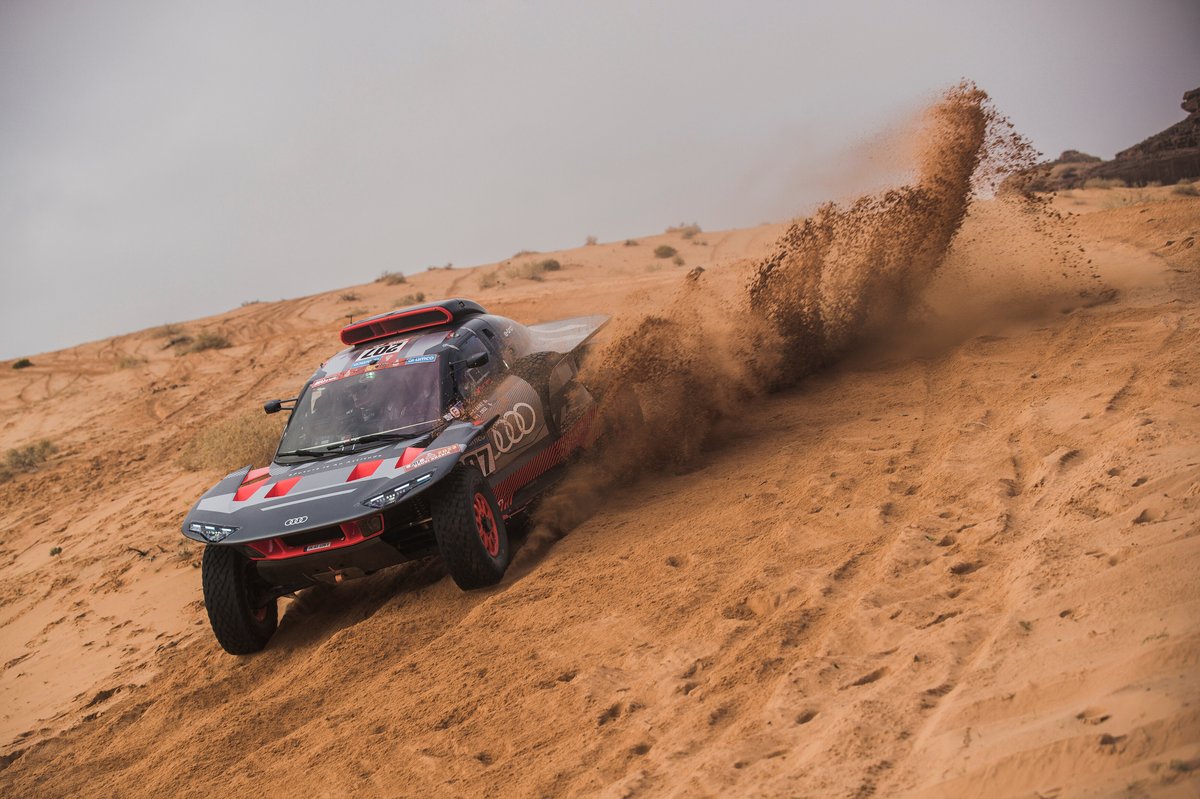 With both Al-Attiyah and Sainz off the pace, and Peterhansel and Mattias Ekstrom also not able to set the world alight in the other two factory Audi entries, it was a day of underdogs in Dakar.

Al-Rajhi led early on in his Overdrive Toyota at the first waypoint before Guerlain Chicherit established his authority, eventually claiming a fourth career stage win by 3m26s in his Prodrive-built Hunter.

Henk Lategan finished second in the day’s tally in the factory Toyota, ahead of the Bahrain Raid Xtreme entry of Orlando Terranova.

Peterhansel was fourth-fastest but dropped seven minutes in a difficult day for Audi, while Al-Rajhi was classified another 44s adrift in fifth.

Nine-time WRC champion Sebastien Loeb had a miserable outing on stage 3 and, having now fallen 90 minutes behind Al-Attiyah, his dream of scoring a maiden Dakar win this year appear all but over.