The Frenchman finished his second attempt at the South American-based marathon event on the podium, missing out on the win by five minutes to team-mate Stephane Peterhansel, who made it back-to-back Dakar victories for Peugeot.

While Loeb was happy with his result, he believes he was unlucky and he is still mystified about the problem he suffered on the fourth stage that cost him nearly half an hour.

"It was a long race, to finish second is a good result - and especially to have Peugeot 1-2-3, it's incredible for the team," Loeb said.

"We were not really lucky all the time, with the [stage four] mechanical problem and the puncture that ended the fight [on the penultimate stage].

"We don't even know what happened on the car, why it stopped for 26 minutes, we didn't find really the reason - and it works now.

"That was just really unlucky, and when you lose so much, nearly half an hour in the stage, it's difficult to come back.

"I'm really happy for the team, for sure from my side I would've preferred to win, but it was really exciting, and one of us had to win." 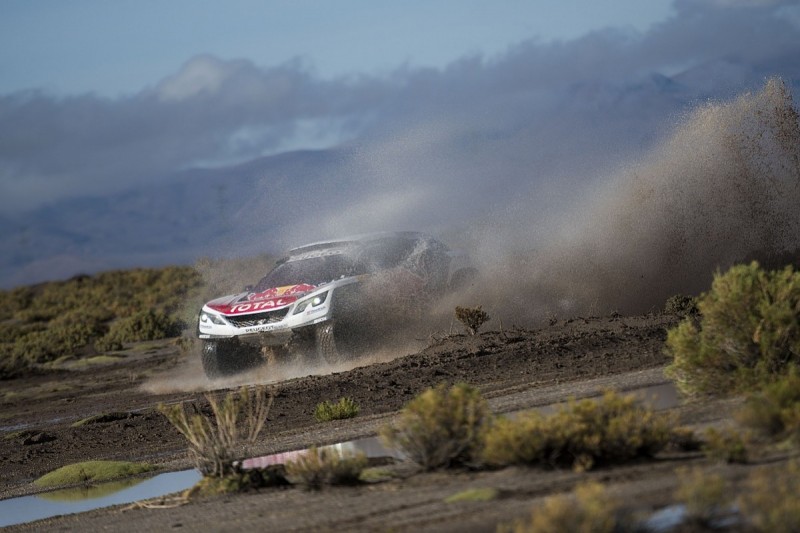 Loeb believes the 2017 route, which featured a greater reliance on navigation than following roads on 'WRC style' stages also made the event more difficult.

"The biggest thing we've learned is the navigation, and the experience we've gained with that can be helpful for the future," he said.

"I was confident in our evolution since last year, and I knew that we were much stronger than we had been.

"But we still don't have the same experience as some of the others.

"It was not good news to know that there were no WRC stages - because it was always a complicated situation, in the middle of the stages, with navigation." 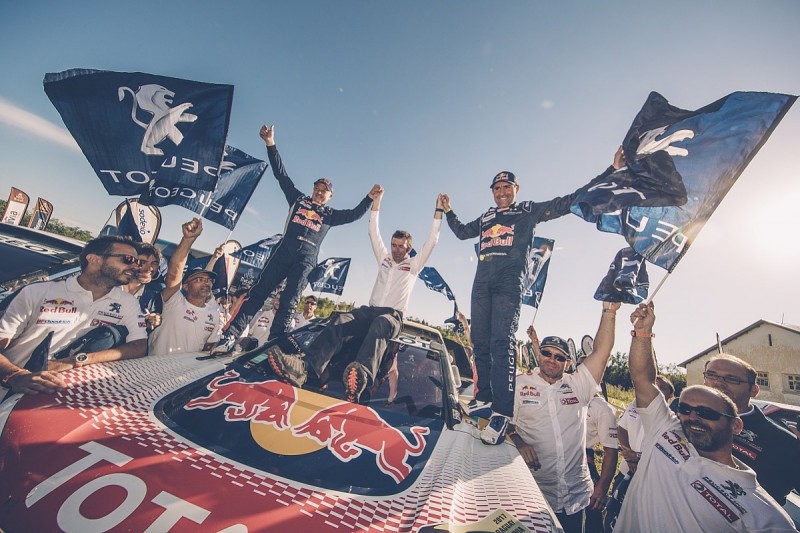 Peterhansel, who took his 13th Dakar victory (including six wins in the motorcycle category before he switched to cars), agreed with Loeb that experience played a big part in deciding the result.

"Seb and I, we fought really strong. In the end, I am the winner, but probably I won the Dakar when Seb got a puncture," he said.

"This is the victory of experience, again. Because at some times I knew that I was not fast enough to follow Seb.

"The spirit inside the team was really good, [team boss] Bruno Famin decided no team orders and it was the best thing we had.

"It was just fighting between the drivers, with the same car, and just the best driver who won the Dakar.

"It was big tension to the end, but really nice for us."