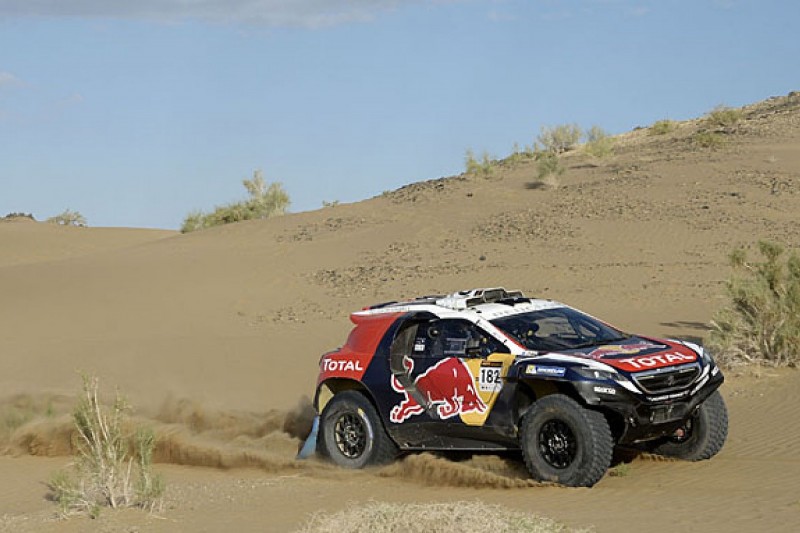 The two-week long, 3381-mile event was the 2008 DKR's first competitive appearance since its Dakar debut in January, when it was outpaced by its opposition led by the X-raid Minis.

Peterhansel and team-mate Cyril Despres were driving an evolution version of the 2015 machine - branded the 2008 DKR 2015+ - featuring suspension and engine developments plus new Michelin tyres as an interim measure before the full '16 specification is launched.

The pair had a trouble-free run to first and second, 31 minutes apart and with Peterhansel 50 minutes clear of Han Wei's Haval in third place.

Peugeot Sport director Bruno Famin said the performance was better than the team had expected.

"The aim of coming here was to clock up the kilometres and gain experience, but we are going home with a fine one-two finish in our pockets," he said.

"Everyone has been working very hard on this project for more than a year and today's result is a great reward for their efforts, even though our number one objective is still the Dakar, of course.

"There is still a great deal to be done and the challenge is very complex but it's nice to have today's result in the bank."

Peterhansel and Despres finished only 11th and 34th on the 2015 Dakar, while Carlos Sainz crashed out in the third Peugeot.

Famin admitted afterwards that the 2008 DKR was "rough" in its specification on its first attempt at the famous rally.

Peterhansel said the Silk Road result had been a vital confidence boost.

"Technically, we were hoping for a trouble-free run and that's what we got," he said.

"Every morning, we knew we could have confidence in our car and in the amazing job done by the team after each stage.

Alongside its Silk Road entry with the 2015+, Peugeot has also continued its test programme with the definitive 2016 car with Sainz.