Sebastien Loeb has reacted furiously to the speeding penalty given to him after Stage 4 of the 2021 Dakar Rally, saying "there is no room for incompetence or incompetents"

Loeb, the nine-time World Rally Champion, finished fourth on Wednesday's stage from Wadi-Ad-Dawasir to Riyadh, but received a five-minute penalty for speeding.

That relegated him to seventh place on the day, and seventh overall.

In a post published on his Instagram account, Loeb - who returned to the Dakar with the new Bahrain Raid Xtreme team, managed by Prodrive - hit out at the stewards' decision.

"You've been getting to know me a little bit over the years and I very seldom make a face," wrote Loeb.

"But tonight, I need to share with you the incompetence of the stewards' panel of such a mythical event as the #DakarRally.

"We have just been penalised by 5 minutes for exceeding the speed limit in a controlled zone.

"The only condition is that the GPS system, via an alarm, tells us when we enter these "invisible" zones.

"Today, in this zone where we are penalised, the alarm did not sound when we entered the zone. So I couldn't slow down in time. 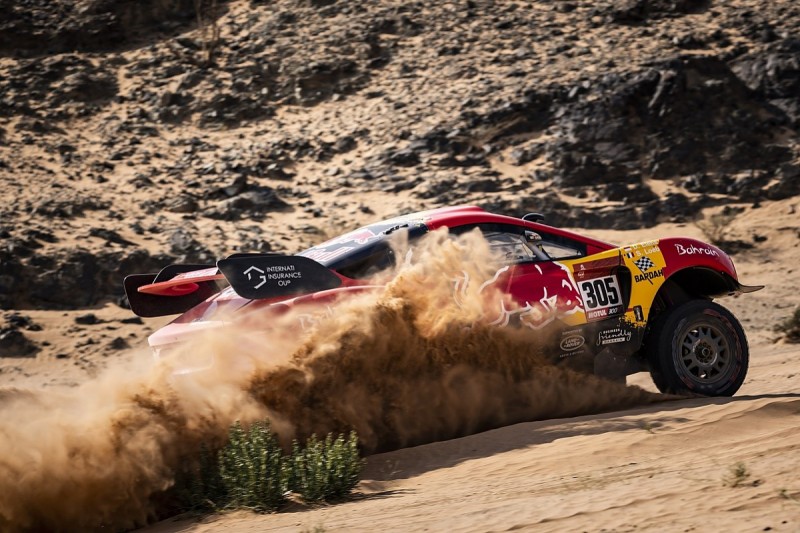 "In spite of our explanations but especially in spite of the GPS system provider's admission of a problem with his equipment in our car today (something that can happen of course), the jury of stewards didn't want to know anything and decided, sitting loosely behind his desk with the only risk of spilling his coffee when we risk our lives every day in the car, to impose a penalty much higher than what this GPS 'bug' made us save ... About two to three seconds by being generous.

"I am a passionate person but I am above all a competitor.

"And today, if I am on a race like the Dakar, it is first of all to achieve what I am employed for: to sign a result that is worthy of the team's ambitions and worthy of my ambitions.