Nine-time World Rally Champion Sebastien Loeb says "a loss of mutual trust" between him and long-time co-driver Daniel Elena was behind their decision to split after 23 years together.

Loeb took each of his 79 WRC wins between 2002 and 2018 with Elena by his side, and together the Citroen pair won the WRC title every year between 2004 and 2012, Loeb's final full season in the championship.

They had subsequently competed together on all five of Loeb's Dakar Rally starts, however a fraught Dakar event with the Prodrive-run Bahrain Raid Xtreme BRX1 that resulted in retirement led to a breakdown in relations with Monegasque native Elena.

PLUS: The early setbacks that shaped the WRC's greatest driver

In the build-up to the endurance event, Loeb was clear he wanted to challenge Toyota and X-raid Mini, but the event got off to a bad start when the 47-year-old was penalised five minutes for speeding in a controlled speed zone on stage four.

Then on stage eight, Loeb suffered two punctures and with only one spare wheel was forced them to retire.

Speaking to DNA Sports about the decision to call time on his partnership with Elena, Loeb said the harmonious in-car understanding the pair had enjoyed at Citroen failed to transfer across to rally raids.

“I do not question his potential or his qualities as a co-driver, especially in WRC rally,” he said.

“We grew up together in the discipline, we won together, and lived extraordinary years. But the rally-raid is very specific. We were no longer in harmony inside the car.

“There were misunderstandings, a loss of mutual trust. Sometimes he would tell me things I didn't believe in. Other times, I was stubborn when he was right.

“There were tensions and conflicts that had never been experienced before. I don't blame him for anything, but we got a little lost."

For this year's edition of the Dakar Rally, organisers issued the roadbook to co-drivers each morning prior to the start of each stage. Loeb said that this posed problems for Elena which subsequently led to errors and significant time loss. 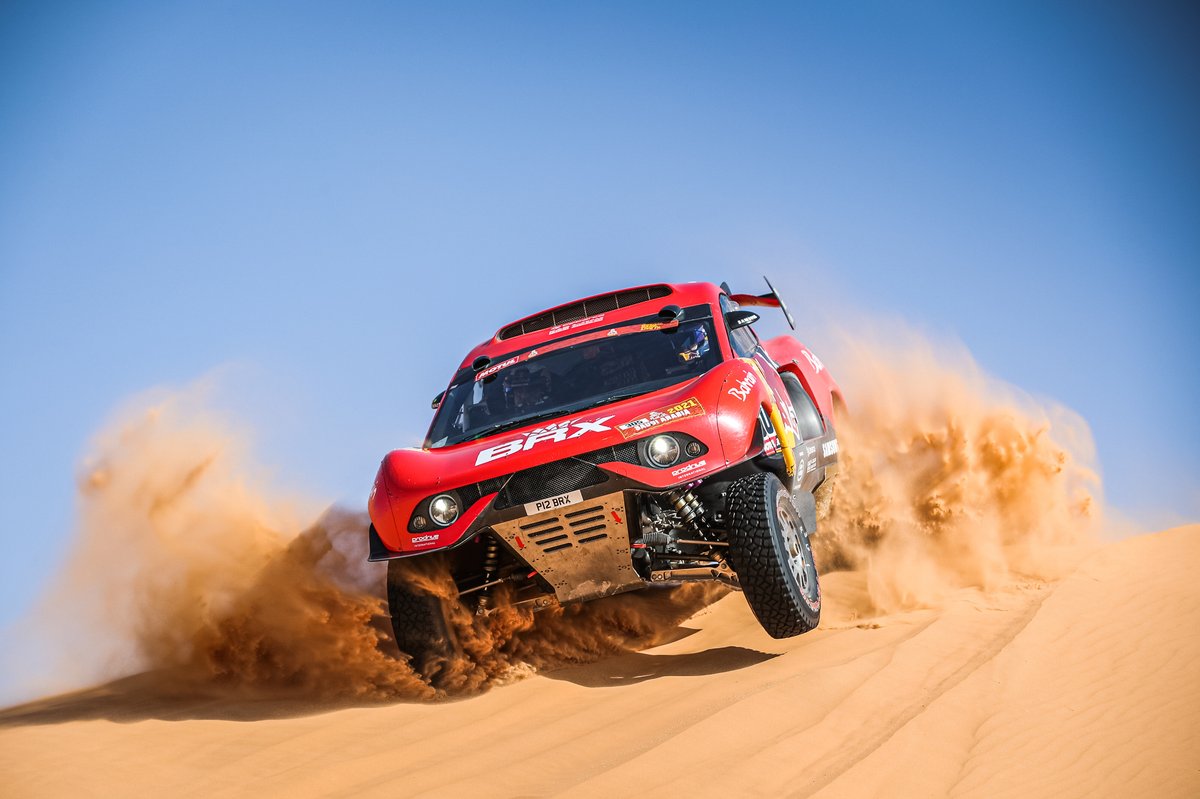 However, Loeb admitted he had sympathy for the navigators' additional workload.

“Since the event moved to Saudi Arabia, the approach has changed - you no longer discover [the route] the night before on a paper road-book with which you can work,” he said.

“Instead, they give you an electronic tablet. It requires quick thinking, an ability to analyse and transcribe information.

"It's a very complicated exercise – Daniel didn't have the opportunity to prepare.

“The navigation has become so sophisticated that it takes a professional in the discipline to continue to evolve and make a difference.”

Stressing that Elena "remains my friend", Loeb added: "I really hope he will be able to move past that and retain the good memories.

"I have no doubt that we will still have a good time at a rally or around a BBQ.”