Nasser Al-Attiyah made a major step towards winning the 2023 Dakar Rally after he took victory on Stage 6, while Audi rivals Carlos Sainz and Stephane Peterhansel suffered costly crashes.

Toyota’s Al-Attiyah and Peterhansel fought tooth and nail for much of the shortened 358km special between Ha’il and Riyadh, with Peterhansel reversing Al-Attiyah’s early advantage to grab the lead at the second checkpoint.

Peterhansel had built an advantage of well over a minute after crossing the timing mark at 207km, but disaster struck just minutes later when his Audi RS Q e-tron was involved in a major crash.

Such was the scale of the incident that co-driver Edouard Boulanger suffered back injuries and needed to be airlifted for medical treatment, forcing the crew to abandon the stage.

Audi received a second blow shortly afterwards when Sainz suffered an accident of his own at the same point of the stage, where a steep gradient change caused one of the tyres to be ripped off.

Both Sainz and his co-driver Lucas Cruz escaped the incident unscathed but lost a lot of time due to repair work, with the duo yet to reach the updated bivouac location near the Saudi capital at the time of writing.

With Peterhansel and Sainz now effectively out of running, and Overdrive Toyota’s Yazeed Al-Rajhi also yet to make it to the finish with suspected issues, Al-Attiyah has opened up a staggering 1hr06m lead in the overall standings.

His closest competitor is his factory Toyota team-mate Henk Lategan, who ended the stage third-quickest with a time that was 3m22s down on the Qatari driver’s benchmark. 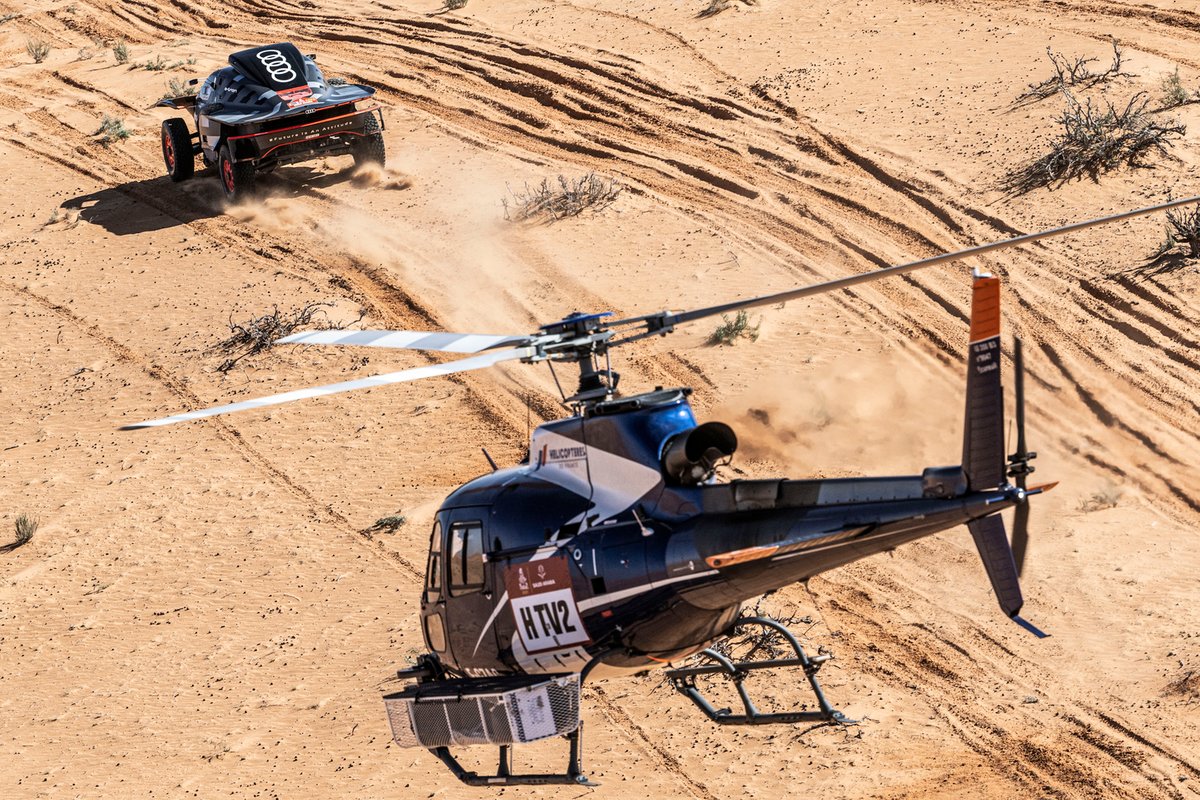 Overdrive’s Lucas Moraes sits another four minutes adrift in third, while works driver Giniel de Villiers has moved up to fourth to establish a Toyota 1-2-3-4 at the head of the queue.

The best of the non-Toyota cars in the field is that of Mattias Ekstrom, the sole surviving Audi driver, who trails Al-Attiyah by 1hr46m in fifth after a run to sixth on Friday’s test.

Next up is Sebastien Loeb in the Prodrive-built Hunter, the star driver from the Bahrain Raid Xtreme team impressing once again on Friday after suffering punctures earlier in the week to end the stage in second place, just 3m29s slower than Al-Attiyah.

However, the Frenchman faces a 1hr57m deficit to the reigning champion in the general classification, meaning his chances of adding a Dakar victory to his nine WRC titles are all but over.