Toyota’s Nasser Al-Attiyah has apologised for “reacting harshly” at the decision by Dakar Rally organisers to increase the power output of his Audi rivals ahead of Stage 5.

The FIA World Rally-Raid Championship’s Committee announced a change in the Balance of Performance on Wednesday to give cars in the T1.U class for prototype cars using renewable energies – which includes Audi’s RS Q e-tron E2 – an extra 8kW, which is believed to be worth 11bhp.

Al-Attiyah was outraged by the measure, however, and appeared to accuse the organisation of favouritism on social media, accusing organisers of “killing the race early”.

But the four-time Dakar winner apologised for his comments on Friday, writing a second post in which he said he had reacted “in the heat of the moment.”

Al-Attiyah wrote: “In the heat of the moment, I reacted harshly to the FIA’s EOT decision.

“I like to defend my title fairly, and at the first instant, the decision did not seem fair.

Co-driver Mathieu Baumel, who had made the same post about the initial decision, also posted the same apology as Al-Attiyah.

The pair originally wrote: "What a surprise to give your biggest rival 11 hp more power! Thank you for killing the race early.” 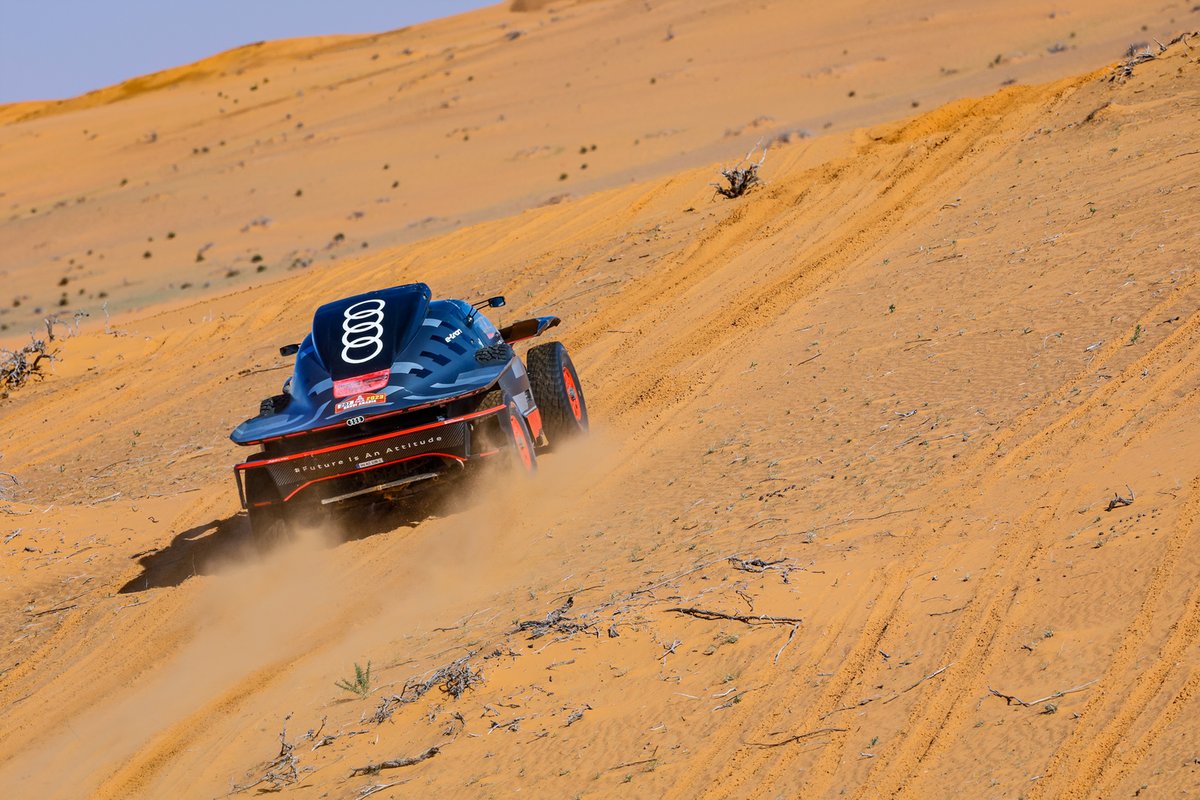 Al-Attiyah made a major step towards winning the 2023 Dakar Rally after he took victory on Stage 6 on Friday, while Audi rivals Carlos Sainz and Stephane Peterhansel suffered costly crashes.

Al-Attiyah and Peterhansel fought tooth and nail for much of the shortened 358km special between Ha’il and Riyadh, with Peterhansel reversing his rival’s early advantage to grab the lead at the second checkpoint.

Peterhansel had built an advantage of well over a minute after crossing the timing mark at 207km, but disaster struck just minutes later when his Audi RS Q e-tron was involved in a major crash.

Such was the scale of the incident that co-driver Edouard Boulanger suffered back injuries and needed to be airlifted for medical treatment, forcing the crew to abandon the stage.

Audi received a second blow shortly afterwards when Sainz suffered an accident of his own at the same point of the stage, where a steep gradient change caused one of the tyres to be ripped off.

With Peterhansel and Sainz now effectively out of running, and Overdrive Toyota’s Yazeed Al-Rajhi also losing time with suspected issues, Al-Attiyah has opened up a staggering 1hr06m lead in the overall standings.

His closest competitor is his factory Toyota team-mate Henk Lategan, who ended the stage third-quickest with a time that was 3m22s down on the Qatari driver’s benchmark.