Mattias Ekstrom claimed Audi’s second stage victory of the 2022 Dakar Rally on Monday, while a troubled day for Nasser Al-Attiyah allowed Sebastien Loeb to close the gap further in the overall standings.

Two-time DTM champion Ekstrom and team-mate Stephane Peterhansel traded the top spot for most of the 395km Stage 8 between Dawadimi and Wadi Ad Dawasir, with only Sebastien Loeb able to prevent the contest from turning into an all-Audi affair.

It appeared that Peterhansel would be able to score a 49th career stage win in the cars category after Ekstrom dropped nearly three minutes off the lead on Waypoint 8 of 10, behind the third Audi of Carlos Sainz.

However, the Swedish driver was rapid in the final 73km run to the finish line, quickly turning the tables to score a Dakar stage win in only his second participation.

The 43-year-old ended up 49 seconds ahead of Peterhansel as Audi secured its maiden 1-2 finish in the Dakar, with Sainz ending up fourth in the other remaining RS Q e-tron.

Prodrive/Bahrain driver Loeb remarkably recovered from an early puncture and even held the lead from waypoints 4-5, but couldn’t keep up with the pace of the Audis out front, eventually finishing 3m08s off the pace in third.

However, the Frenchman was able to make huge in-roads into Al-Attiyah’s lead after the Qatari driver struggled to 11th place with technical problems and a puncture of his own.

With the back differential on his factory Toyota overheating in the desert, the three-time Dakar champion was forced to run the car on a two-wheel drive system, relinquishing more than 10 minutes to stage winner Ekstrom.

This means his advantage in the general classification has been slashed to 37m58s with four stages still to run in the rally. 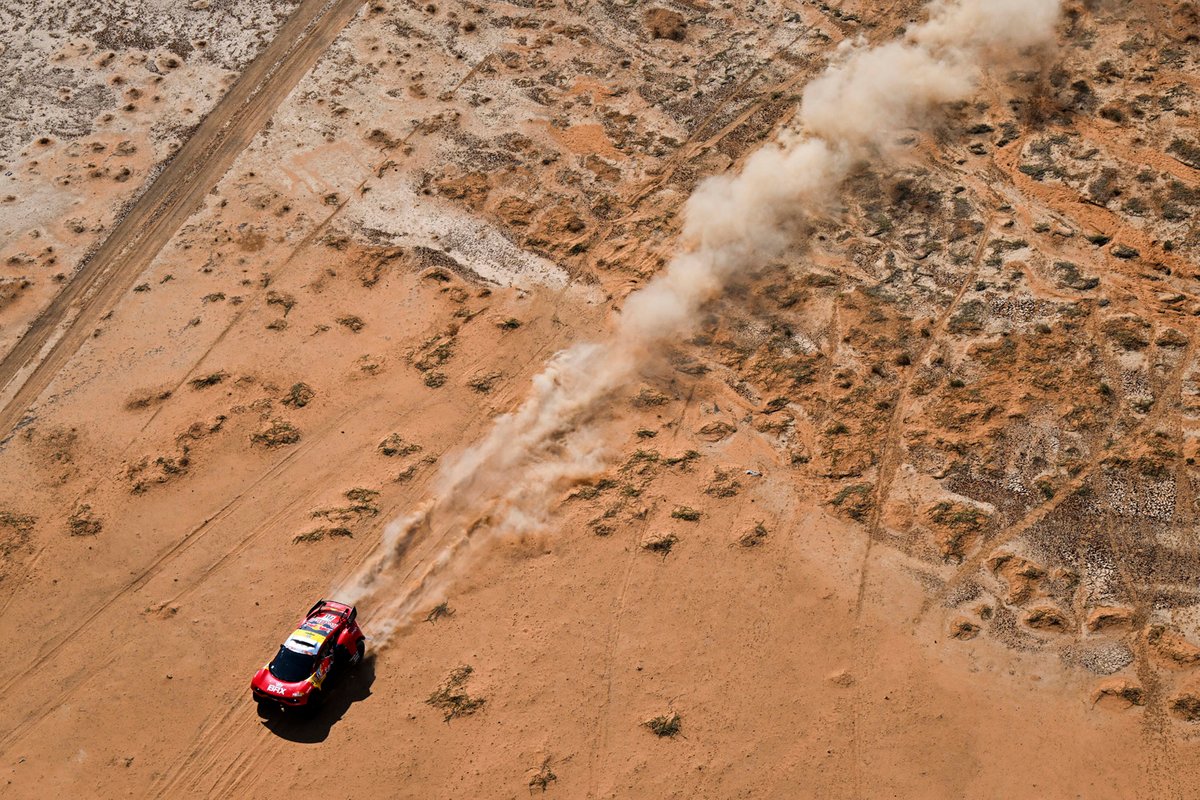 In the overall standings, Saudi driver Yazeed Al Rajhi continues to hold third place in the Overdrive Toyota behind Al-Attiyah and Loeb despite a lowly run to 10th in Stage 8.

Jakub Przygosnki (X-raid Mini) and Orlando Terranova provisionally move up to fourth and fifth in the general classification after a difficult stage for Al Rajhi-s team-mate Lucio Alvarez.

Giniel de Villiers sits seventh in the second of the factory Toyotas, while Ekstrom’s win has promoted him to 11th in the ranking heading into Tuesday’s ninth stage near Wadi Ad Dawasir.