Three-time winner Al-Attiyah was left on the backfoot when he lost 12 minutes to the leaders in the opening stage on Sunday.

After gaining three minutes back in Stage 2, the Qatari driver has narrowed the deficit to just five minutes with an emphatic victory in the 406km loop around Wadi Ad-Dawasir.

Setting the fastest time at each of the remaining waypoints, Al-Attiyah eventually finished the stage 2ms27s clear of Lategan, as Peterhansel ended up four minutes down in third after suffering a puncture early on.

Century driver Yasir Seaidan and Khalid Al Qassimi (Abu Dhabi Racing Peugeot) were classified fourth and fifth respectively, both breaking inside the overall top 10 at the end of the day.

With two strong stage finishes in a row, the Frenchman now sits just over a minute adrift of fifth-placed driver Jakub Przygonski of Overdrive, but 45 minutes behind leader Peterhansel.

Loeb's former WRC team-mate Carlos Sainz suffered a disastrous day in the second of the two Mini buggies, the Spanish driver losing over 30 minutes after going off the course 156km into the special and then suffering a puncture.

The top 10 in the overall classification was completed by Lategan (seventh), Seaidan, (eight), Al Qassimi (ninth) and Prokop (10th).

Elsewhere, Bernhard Ten Brinke's Overdrive-run Toyota suffered serious damage after it rolled over 10km after the penultimate waypoint. Both Ten Brinke and co-driver Tom Colsoul escaped the accident without any injuries and are awaiting the arrival of the assistance team at the time of writing. 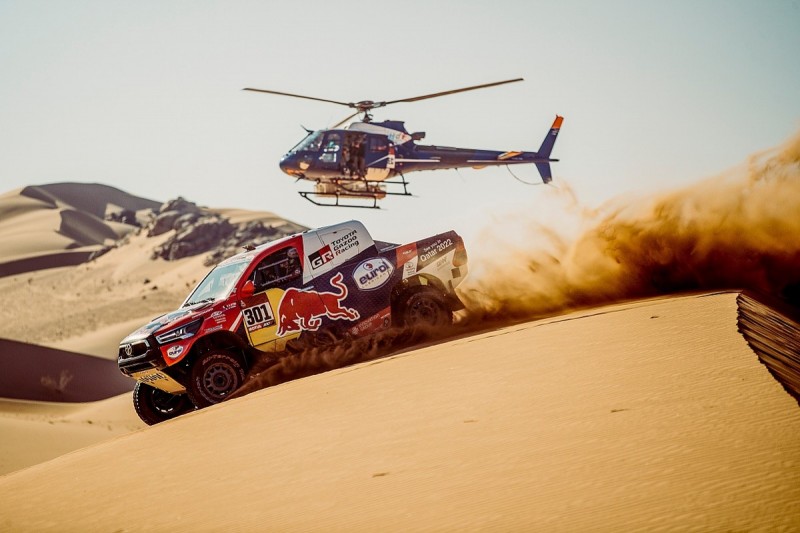