Two-time Formula 1 world champion Fernando Alonso drove "on tiptoes" on his first Dakar Rally stage, and plans to keep pacing himself until the event's traffic "jungle" clears up.

Alonso, who is partnered by co-driver Marc Coma in a Toyota Hilux, finished 11th-fastest on the near-200-mile opening stage of the Saudi Arabia-based rally.

He was 10 minutes slower than the leading Toyota of Nasser Al-Attiyah, but outpaced the other Dakar champion in the manufacturer's roster, Giniel de Villiers, who completed a significant amount of the stage on a punctured tyre.

"We had a day not without complications, because everyone had them and that will be the case every day, but we've tried to keep the problems as minor as possible," said Alonso.

"The car went well in the stage, it felt good, I was very comfortable with it and had no scares, as we wanted to start a bit cautiously.

"The idea is to do these first few stages on tiptoes, without any excesses or doing anything strange, just trying to learn more about the race while we are in it and get to know the car and the terrain a bit better."

Asked whether his pace had met his expectations, he said: "I think they [the regulars] have all been going faster, they've just had more mishaps than I have.

"The rhythm is more or less as I expected, I have a little more in the pocket, but it's not the time to take it out yet.

"Hopefully in the second week there will not be so many cars, so many bikes, so many quads [bikes and quads started the stage earlier], as it's a jungle from the mid-stage onwards.

"In the second week we hope to have calmer stages. If we arrive [at that point] with the car in perfect condition, we'll try to push a bit more then." 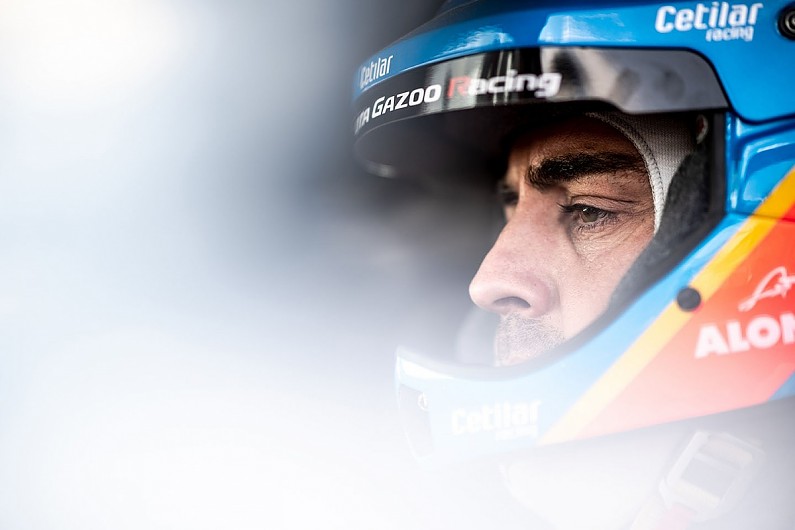 Alonso stressed the importance of staying within the top 10 for the sake of road position, as the leading runners start three minutes apart based on the previous day's results, but the gaps between the cars further down the order are smaller.

"It's important for visibility, because when you get lost and find your way again and suddenly you're behind other cars, you do 10 kilometres at 50 km/h because you can't see anything," he said.

Speaking about his five-time Dakar Rally champion co-driver, Alonso said he and Coma were still in the "honeymoon" phase.

"It's clear that I don't have the authority to question what he does," said Alonso.

"Even when we get lost, he explains to me that it's normal and that it will happen many more times.

"Even if it's frustrating at the time because it's the heat of the moment and the visibility can get more limited, when the stage is over you realise that we've done our best."