Fernando Alonso has hinted at contesting an off-road event to achieve "something that has no precedent" and insisted he is not just having "fun" in his post-Formula 1 challenges.

Last year the two-time F1 world champion won the Le Mans 24 Hours alongside his farewell F1 season, and has added Daytona 24 Hours and Sebring World Endurance Championship victories to his CV since walking away from grand prix racing.

Alonso is preparing for his second attempt at the Indianapolis 500 next month, and will test for the first time on track at Texas on 9 April. McLaren staff will support his test, where he will be linked with regular IndyCar team Carlin.

Despite previously ruling out competitive rallying, Alonso has insisted he is taking every opportunity he gets seriously, and hinted at targeting "some other things I can maybe do outside the asphalt".

"It's something that probably has no precedent in the sport and I am looking for that, for challenges," said Alonso after testing McLaren's 2019 F1 car in Bahrain this week.

"I'm not doing it for fun. I'm doing it for the difficulty, for the challenge, and just to hopefully be better as a driver.

"It's not to have fun. Sometimes I read that when I'm testing something that 'we're happy that you're having fun but please come back to F1'.

"I'm not having fun. When I try one of those cars I have no idea.

"They need to tell me how they do it. Full throttle and brake at the same time, in rally style, and things you need to learn from zero.

"Definitely there is a lot of effort I put behind every challenge that I take, a lot of study behind it. 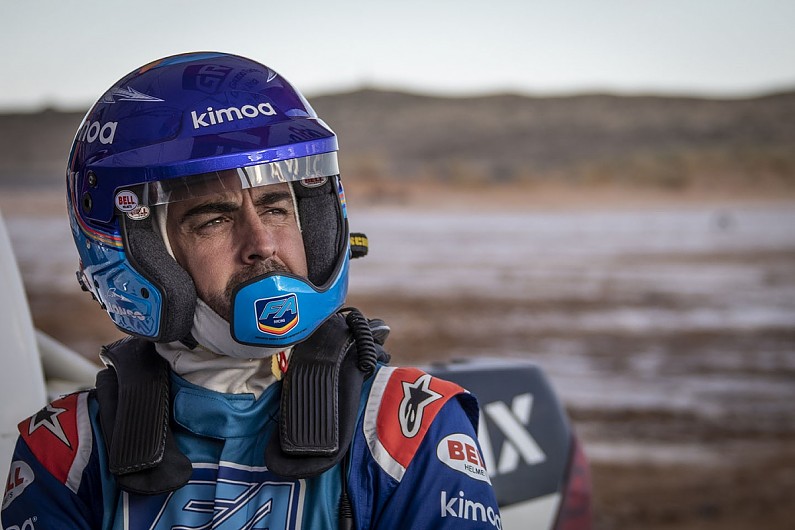 Alonso says his desire to try as many different things after F1 is part of his mission to "be the best driver in the world".

He grew tired of lacking a competitive package in F1, where he said "everyone thinks we are the best...but you have [to have] the right package that season or you can't prove it".

Asked how many more years he felt he had left in him to continue driving competitively, Alonso said he would carry on until someone was better than him.

"As long as I have the power to do it, and I feel competitive," he said.

"Maybe one day I jump in a Formula 1 car and there is one guy with the same car that is quicker than me.

"Or I jump in another car and one guy is quicker than me with the same car.

"As far as I know, it never happened so far. So I will still keep driving."