It's fairly common in the motorsport world for sponsorship deals to fall over at the last minute. But rarely does it happen after the championship has just started. In the case of one promising driver, it was the latter that scuppered a dream British Touring Car Championship chance in 2010

In a proven team and car that had won titles in two of the past three years, with a returning series champion alongside him, the circumstances for Phil Glew to make his British Touring Car Championship debut in 2010 looked on paper to be very favourable. But the graduating 2009 Renault Clio Cup champion’s experience of UK tin-tops' premier series would prove short-lived, thanks to the withdrawal of a sponsor following a promising first round at Thruxton.

The Triple Eight-run factory Vauxhall team had been a dominant force in the early years of the new millennium, taking four titles on the spin with the all-conquering Astra Coupe, then following two disappointing years with the Astra Sport Hatch returned to winning ways in 2007 thanks to Fabrizio Giovanardi. The Italian doubled up the following year and took the title down to the final race in 2009, but Vauxhall withdrew its support at the end of that season, leaving Triple Eight facing an uncertain winter.

Its plans were up in the air on the eve of the 2010 campaign, but Ian Harrison’s team concluded a one-race deal on the eve of the Thruxton opener with Giovanardi to join rookie Glew, who brought sponsorship from WD40 that would feature on both cars.

Glew was required to bring half the budget, with the rest covered by the team’s sponsorship deal with American lifestyle brand Uniq, which also had significant coverage on the cars’ flanks. So far, so straightforward, though Glew reckons with hindsight that there was plenty of mutual desperation on behalf of both parties, which made for “a very dangerous combination”.

Still, Glew couldn’t have wished for a better team-mate given that he was “thrown in the deep end” with only half a day of testing in the wet at Rockingham to acclimatise to the Vectra.

“He was amazing,” says Glew of Giovanardi. “He was great with me, it was the same car obviously he’d driven before so he knew what he was doing. And he was good around Thruxton…” 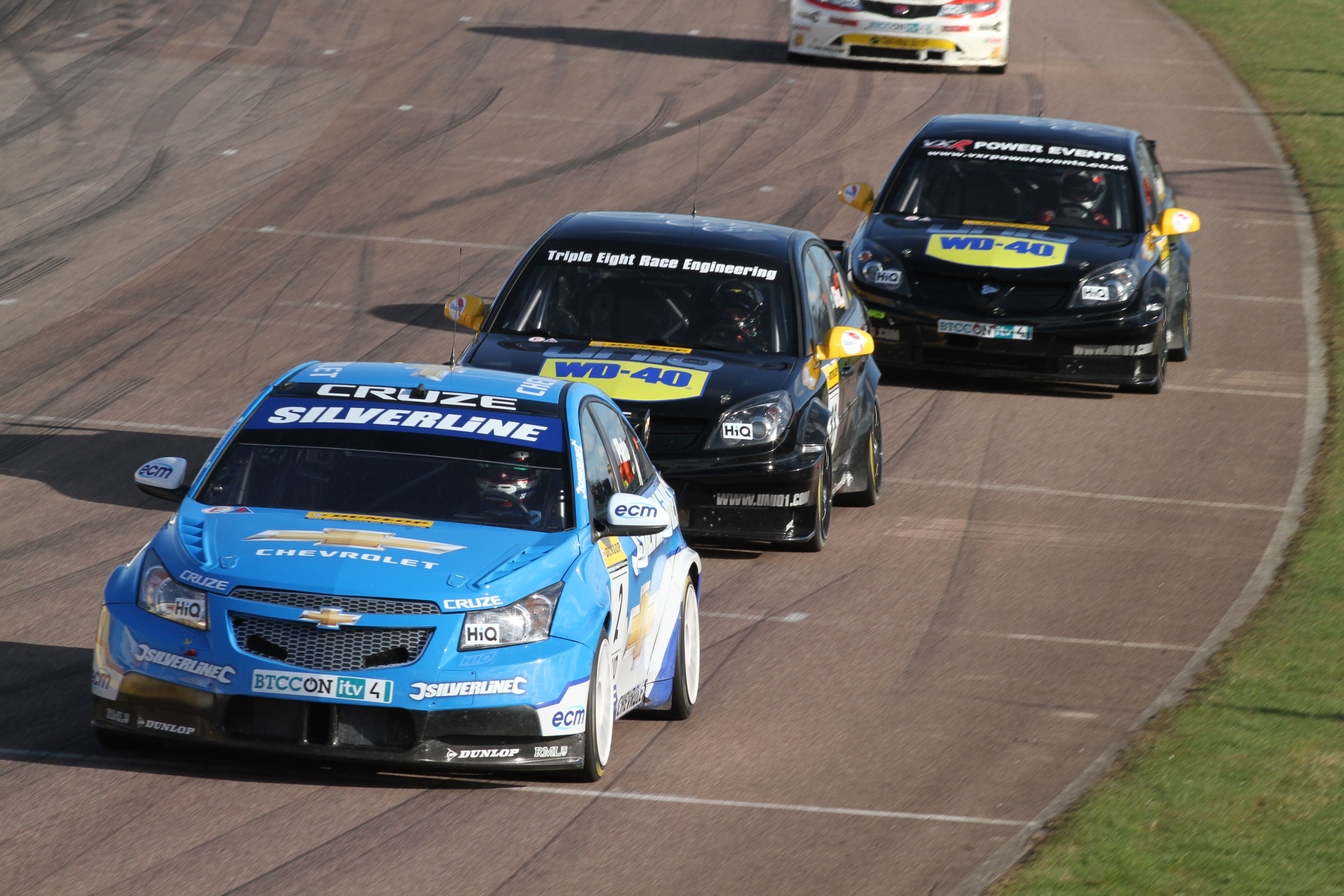 Sure enough, the weekend got off to a dream start for the Italian, who claimed two wins and a fifth in the finale. Glew meanwhile showed promise with sixth on his debut, followed by seventh in race two before his engine let go in the finale. “A very effective debut” was how Autosport characterised his weekend, before predicting that Glew “will win a race this year”.

“I was going in there trying to build it up and not do anything stupid,” he says. “I was trying to be a good boy and do what I was told because they said, ‘We have no spares so you can’t crash, and we’ve only got the engine that’s in it’. It was very difficult to prove a point.

"I suppose they had their fingers burned a little bit. WD40 based their whole European marketing campaign on BTCC, they got money from every department of Europe" Phil Glew

“If I’d known it was my only race, I would have pushed much harder, got stuck in, tried to prove myself a bit more and enjoyed it a bit more. But the worst bit was Uniq…”

Sure enough, the company decided not to continue its relationship with the team, explaining in an extraordinary statement that it “severely underestimated the impact that our brand exposure would have on the demand for certain products and services in the UK market, so to maintain sponsorship with Triple Eight would actually present us with a series of business problems”.

That left championship leader Giovanardi high and dry – “it’s surreal, I have never been leading a championship and lost my drive before,” he told Autosport – while Glew had to go back to his sponsors to try and seek a solution.

“It was all just smoke and mirrors,” says Glew. “It upset me, and I never looked at motorsport again the same way. I very much fell out of love with it.”

It was agreed with WD40 that Glew could continue if the company’s logos were visible across both cars, as per the original agreement, but that wasn’t possible as James Nash had taken over the Giovanardi car and filled the space with promotion for James Cameron’s sci-fi epic Avatar. 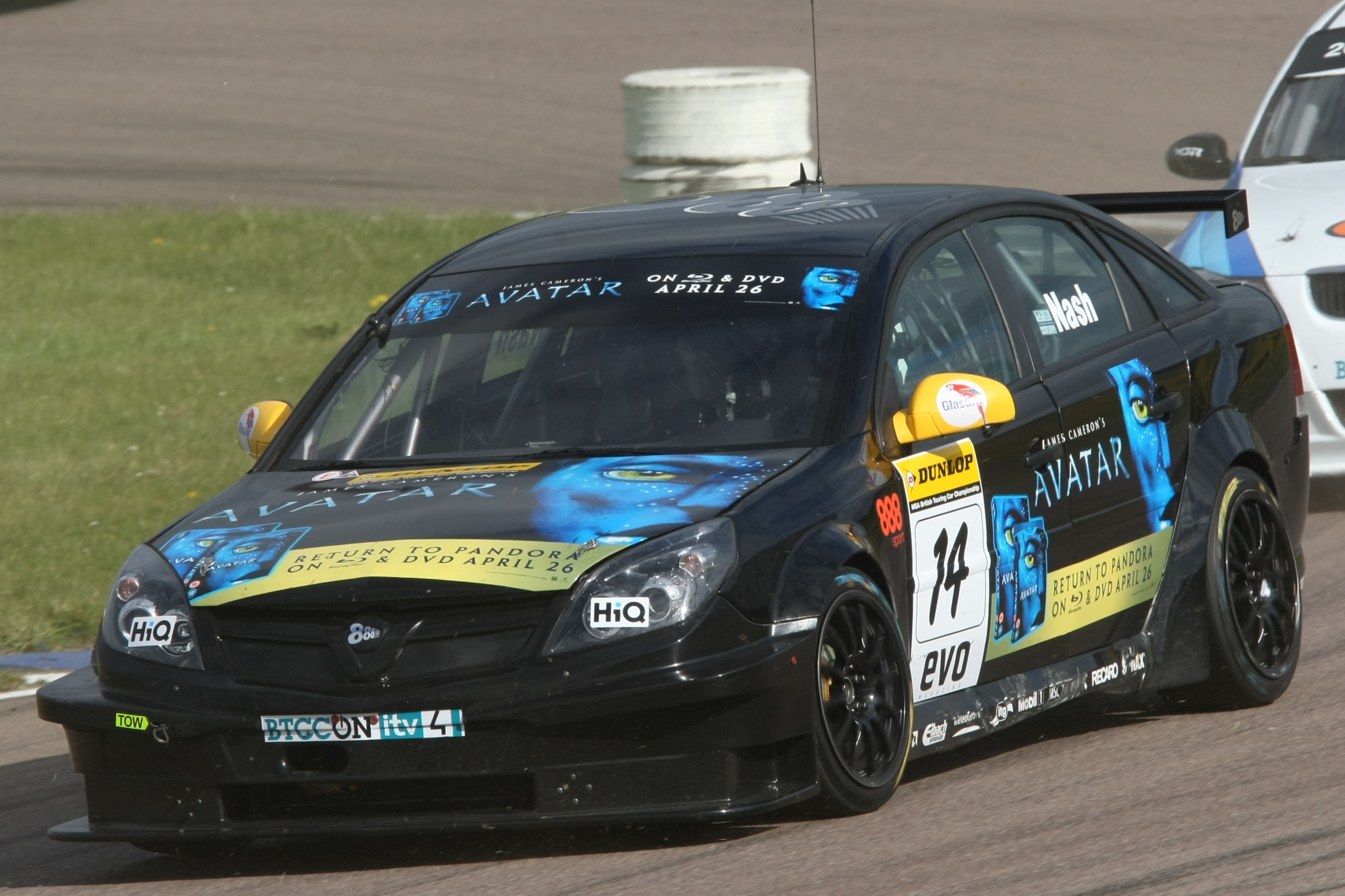 “In the end we had to say, ‘I can’t do it because it’s not what we originally agreed,’” says Glew. “We never fell out, me and WD40, but I suppose they had their fingers burned a little bit. WD40 based their whole European marketing campaign on BTCC, they got money from every department of Europe…”

Glew made a further BTCC one-off in 2010, in a Special Tuning SEAT at Silverstone, and was all set to re-join the BTCC for 2011 with the Arena Motorsport-run Aon Fords until a sponsor pulled out on the eve of the season in an unwelcome case of déjà vu.

“I did keep trying to put deals together but then I thought, ‘What am I doing, what are we trying to achieve here?’” he says. “I got a few drives racing GT cars getting paid and I thought, ‘I’m better off doing this’.

“Because I’ve always coached younger drivers, I put my effort into helping them and it turned out because of my experiences good and bad that I know a lot of people who know a lot – so that’s when I started managing drivers.”

Today, his Edge management company has a handful of up-and-coming British drivers on his books, among them 2018 McLaren Autosport BRDC Award winner Tom Gamble – a World Endurance Championship regular – and British GT racer Katie Milner (below), as well as a few drivers from overseas including her McLaren Driver Development Programme team-mates Harry Hayek and Alain Valente.

“The bit that I have always been into is talent,” he says. “We usually start with drivers coming out of karting and seeing them grow into champions and paid drivers is the reward that we get.

“We don’t try and look for money for people, because we did so many years of that with me. What we do is stop people wasting their money and hopefully get them some money back to become a professional driver if they’re good enough.” 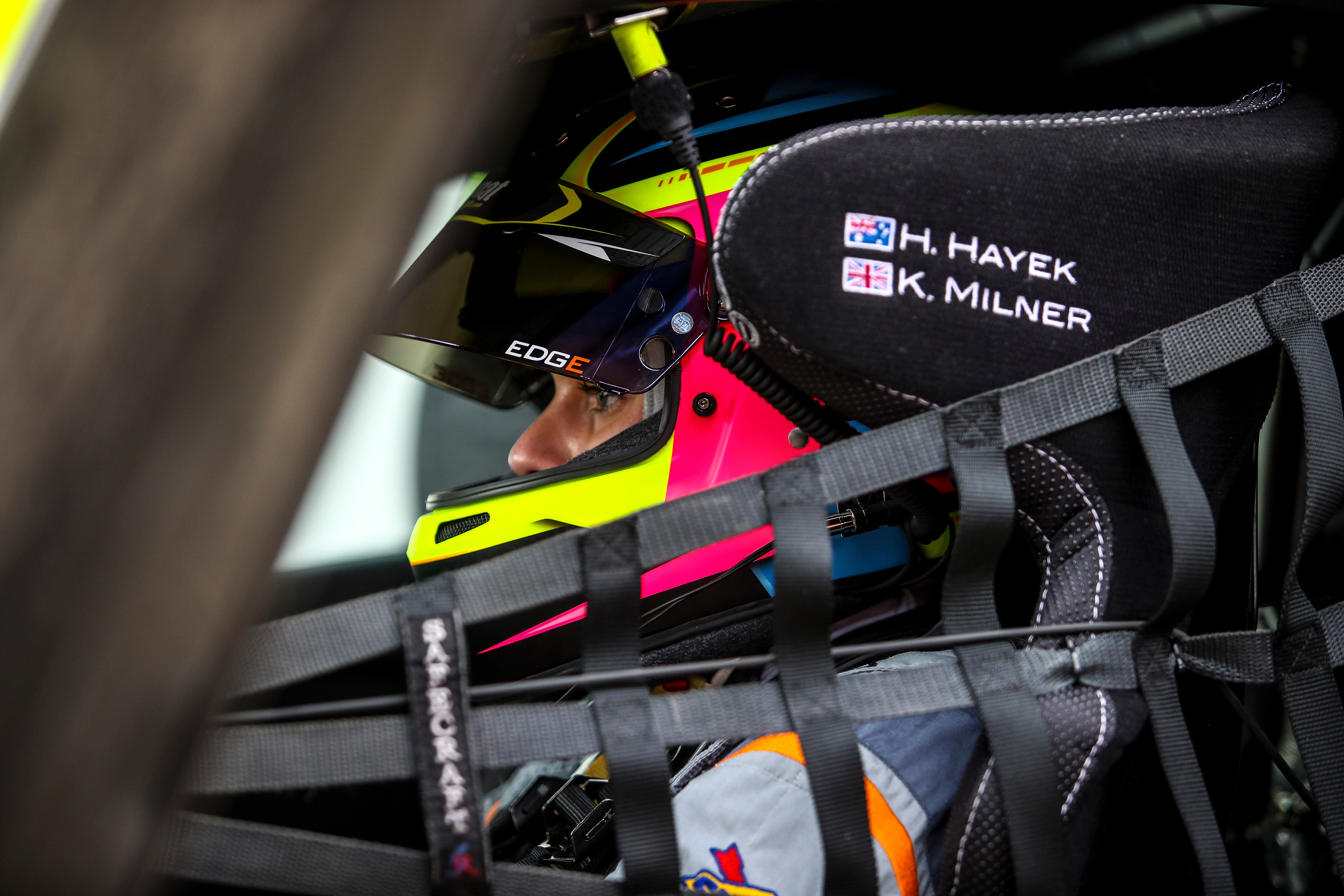