Three-time British Touring Car champion Gordon Shedden will substitute for Matt Neal at Honda in pre-season testing, and is eyeing a race return in the series

The 53-year-old Neal - like Shedden a triple BTCC title winner - is still recuperating from injuries sustained in a mountain-biking accident, and the Scot will take the wheel of a Team Dynamics-run Civic Type-R FK8, starting from a test this Thursday at Donington Park.

It is understood that Neal was scheduled to see a specialist last weekend, but he is facing a race to be fit in time for the opening round at Donington on 28-29 March.

"My recovery is going well and everything is starting to mend; I'm doing everything possible to get in the car for the first round at Donington at the end of March," said Neal.

"However, we have undertaken a lot of changes to the car over the winter period that we need to try on track, and we need to do this with a back-to-back comparative test programme.

"So there was no better choice than my old team-mate 'Flash' [Shedden] - he knows the team, he knows our work ethic and he is the natural choice to jump into my seat."

Shedden, 41, won all three of his BTCC crowns in Dynamics-run Hondas, but switched to the World Touring Car Cup for 2018-19 to race an Audi RS3 LMS, and has never driven the current FK8 Civic.

"Team Dynamics has always been my race family and I'm happy to help out," said Shedden.

"We have kept in constant contact since I went to WTCR and I've been down and seen the boys on a number of occasions over that two-year period.

"Obviously, my friendship with Matt means I really feel for him, and hope that he can make a speedy recovery, but at the business end we need to get the job done and get the cars race ready for the start of the season. 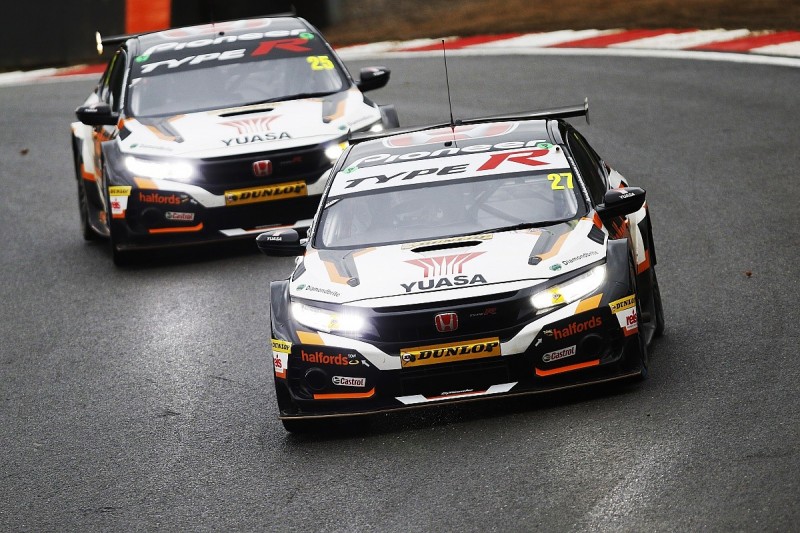 "I'm really looking forward to getting behind the wheel of the FK8 and assisting with its development.

"Both Matt and Dan [Cammish, Neal's team-mate] have been telling me how awesome it is to drive, so it will be interesting to compare it to the old FK2 that I won back-to-back drivers' titles with in 2015 and 2016!"

Shedden has been left out of a drive for 2020 owing to the collapse in support for the WTCR from Audi, and admitted he would be keen for a BTCC return if the right opportunity arises.

"Everything was very late with Audi's withdrawal from WTCR - that really came as a shock," he told Autosport.

"It was well into November when they told us, and by that time a lot of people had already put their plans into action for this season.

"It's not an ideal situation for me but that's motorsport.

"But a couple of years away did me good in a lot of ways - I've learned a lot, and although the headline results weren't there I'm a better driver.

"The BTCC has gone from strength to strength, but I'd only sit in something I could win in and challenge for the championship."