The Kent squad unveiled their new Cupra Leon, of which four will be built for the 2021 season, via an online launch.

Last year Team Hard announced its intentions to move to an all new Cupra touring car as a replacement for its ageing Volkswagen CC that they first fielded in 2013, and was raced every season since 2017.

Several months in the making, the outfit unveiled the new hybrid-ready Cupra with a camouflage livery, with two of its drivers Jack Goff and the returning Aron Taylor-Smith on hand.

Glynn Geddie has been announced to drive a third entry while the identity of the fourth driver is yet to be revealed.

Team boss Tony Gilham declared the launch of its Cupra as “probably the biggest day” in the team’s history.

“What a special day for the team, it’s probably the biggest in our history,” said Gilham.

“Pre-season is always an exhausting but equally exciting time and this year we’ve reached new heights in both.

“Huge credit to the team for all of their hard work so far. It’s been an incredibly tough few months with the ongoing coronavirus pandemic trying it’s best to slow down our build program, but we are now ready to hit the track and put the new Cupra Leon through its paces. 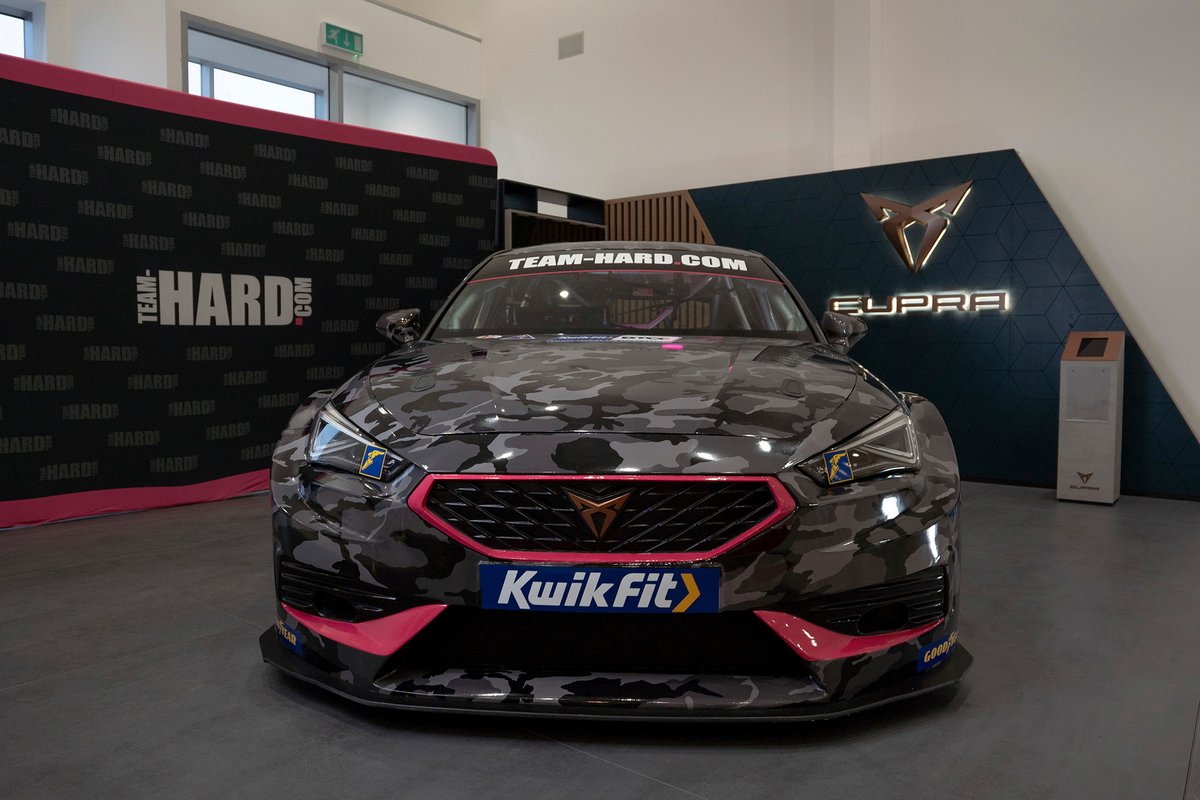 “To have the first hybrid-ready BTCC car is a huge achievement for me and the team and something I am immensely proud of. To be the first puts us in a great position for the 2022 season as the BTCC races into a new era, it’s all incredibly exciting.

“Looking a bit closer to the now, we have the 2021 season to really get to grips with the new car and with a bunch of other teams changing cars but opting to run a satellite car this season is going to prove a great test, but we are up for the challenge.

“The team has come on leaps and bounds over the last few years and I’m immensely proud of everyone involved. If the new car goes as well as it looks, we will be fighting at the sharp end this season.”

Goff is already convinced the car will be a frontrunner from the outset.

“I think what impresses me the most about the new Cupra is the attention to detail that Team Hard has put in,” he said. “Every single component on the car has been designed with performance in mind, utilising some of the best engineers in the game.

“I have no doubt in my mind that this car will be a frontrunner after seeing it in person.”

Team-mate Taylor-Smith added: “Credit to everyone who has helped develop and build the new Cupra Leon, when I joined the team back in September it was just a thought which has very quickly turned into a reality.

“I can’t wait to get started with our testing programme, the car looks fast, aggressive and a contender for this season.”

The 2021 BTCC season is due to commence at Thruxton on 8-9 May having confirmed further tweaks to its schedule yesterday.