Ingram set the quickest overall time in the first of the 40-minute sessions, recording a 1m56.003s in his Toyota Avensis to edge out the factory Team BMR Subaru Levorg of Ash Sutton by 0.102 seconds.

Three tenths split Sutton from the next gaggle of cars, which was headed by the Ciceley Motorsport Mercedes A-Class driver Adam Morgan and completed by WSR BMW 125i M Sport pair Andrew Jordan and Colin Turkington.

Goff - who has scored a solitary point in the previous six races - was sixth in first practice but stole top spot late on in the second session and ended up the best part of three tenths clear of the rest.

He tied up the fastest time of all in the first sector then did personal bests in sectors two and three to set a 1m56.504s, and might have gone quicker on his final lap after setting a new fastest sector one before backing off. 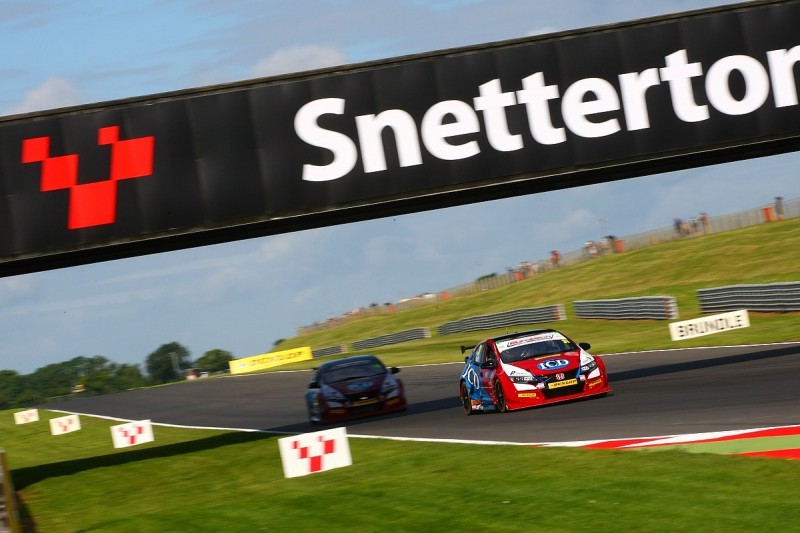 "It's a great way to start the day," said Goff.

"Of course it doesn't mean anything because it's only practice but I think there's a little bit of time left in the car and I'm sure there's a bit left in me.

"We'll sit down and work on the set-up and I'm sure we can find a few tenths."

Runner-up spot in that session went to Sutton's BMR team-mate Josh Price, who rocketed up the times with a little more than a minute remaining to displace Morgan.

Practice one pacesetters Ingram and Sutton completed the top five in the second session, ahead of the Handy Motorsport Toyota Avensis of Rob Austin and MG's Josh Cook.

Matt Neal was the highest-placed of the factory Honda runners in 10th.

The second session was stopped briefly to recover the Team Dynamics Honda Civic of Matt Simpson, who had a steering problem and hit the barrier at the end of the Bentley Straight.