The Team Dynamics driver posted a 1m55.478s lap in the first 40-minute practice session to top the order - a feat he repeated in second practice despite setting a time 0.06s slower.

For the third meeting in a row Cammish topped the times with the fastest rear-wheel drive competitor, WSR's Andrew Jordan, ending the runs in fourth and then ninth.

It follows a 0.02-bar turbo boost increase for all non-BMW-engine competitors, plus a centre of gravity penalty for all rear-wheel drive cars following the return of the Infiniti Q50.

Few drivers improved during the last 30 minutes of the second practice session following an amendment to the BTCC format for this weekend.

Drivers will have to use all three dry compound tyres on race day, which means that drivers only have two sets of prime tyres available for the weekend.

Most opted to save those tyres for qualifying, and instead completed long runs on rubber that was carried over and so the times were not fully representative. 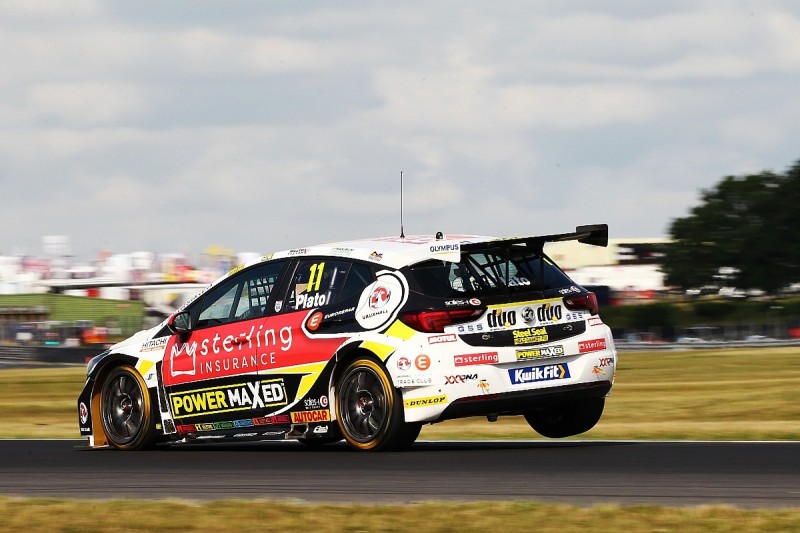 Jason Plato was the only other runner to drop under the 1m56s barrier in second practice, as the Power Maxed Racing driver ended up 0.017s off Cammish's benchmark.

In the final seven minutes, Sam Tordoff was one of only a handful of late improvers as he climbed to third ahead of the FK8-generation Honda Civic Type R of Chris Smiley.

Points leader and defending champion Colin Turkington was behind Rory Butcher for 13th, as Ashley Sutton was only 17th ahead of Oulton Park race three winner Stephen Jelley.

BTC Racing's Josh Cook was only 19th in his FK8 Civic, ahead of ex-Formula 1 driver Mark Blundell.

Laser Tools Racing's switch from the Mercedes A-Class to the Infiniti for the remainder of the season returned Aidan Moffat just 29th.

He was slowest of those to take part in the session, with Team Hard's Bobby Thompson failing to get out on track after a clutch issue for his Volkswagen CC during first practice.

All BTCC cars except BMWs given turbo boost increase at Snetterton