Tordoff, who has spent two seasons racing alongside Jason Plato in a Triple Eight MG6, will switch to a BMW 125i M Sport for 2015.

The 25-year-old said: "Obviously I am excited to be driving the championship-winning car but the chance to work with [team boss] Dick Bennetts, who has a legendary reputation, was also very appealing.

"I have been working with him for a couple of weeks now and his knowledge of the car technically and how to get the most from it is simply incredible. I feel like I am starting a very positive journey.

"Winning the championship has to be the aim now. It might take me a while to get to grips with rear-wheel-drive cars again, although I do have experience of that configuration of car.

"I have spent two very good years at MG but now I feel it is time to stand on my own two feet."

Bennetts said he was pleased to secure Tordoff's services for the forthcoming season and thinks that he has a future champion on his hands. 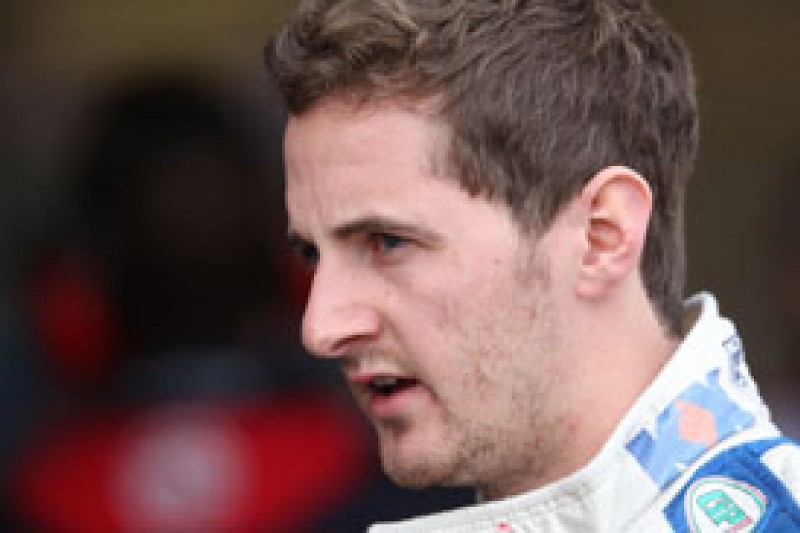 "I picture him as the same type of driver as [reigning champion] Colin Turkington was at that stage of his career," said Bennetts.

"Just like Colin, he has a couple of solid seasons behind him now and he is ready to make the next step.

"He also has rear-wheel-drive experience from his years racing in the Porsche Carrera Cup GB.

"We can give him a reliable car and he can push on from here. He is a very good driver for us to get."

The team, which took the teams title and the independents trophy in 2014, has yet to confirm who will drive its other machines, in what is likely to be a three-car line-up.

Tordoff said he would be keen to welcome 2014 champion Turkington back in to the team should the finances be found to keep him at WSR.

"I do want Colin there. I have shown in the past that I am not afraid to go up against champions and Colin knows the car and the team very well.

"We would be able to work together and push things forward. I just hope he can put a deal together."