Rory Butcher scored the first win of his relationship with the Speedworks Motorsport Toyota team in the second British Touring Car Championship race of the day at Oulton Park.

Butcher had a terrific opening half-lap from fourth on the grid to emerge in the lead on the exit of the hairpin.

The Scot’s Corolla was carrying 48kg of success ballast and, along with second-row partner Adam Morgan’s Ciceley Motorsport BMW 330i M Sport, he elected to use the soft option tyre for this race.

First-race winner Dan Rowbottom and Team Dynamics Honda Civic Type R team-mate Gordon Shedden started from the front row on medium Goodyears, and initially the battle looked to be between this pair.

Shedden got a run on Rowbottom exiting Cascades and drew alongside on the run to the hairpin, on the outside line.

While defending this, Rowbottom left a chink of light on the inside, which Butcher’s Toyota filled, and the light contact sent Rowbottom into Shedden, pushing the three-time champion wide and down to fifth place exiting the corner.

Rowbottom, with the maximum 75kg of ballast, had no chance of keeping pace with Butcher, who had extended his lead to over a second by the end of lap four of a race shortened to 12 laps due to the numerous heavy accidents earlier in the day.

With two laps remaining, Butcher was 3.093s to the good before easing off and stroking it home to the flag.

“Dan left a bit of a gap on the exit and I managed to get the cutback – with the traction I had on the soft tyres that helped me,” said Butcher. 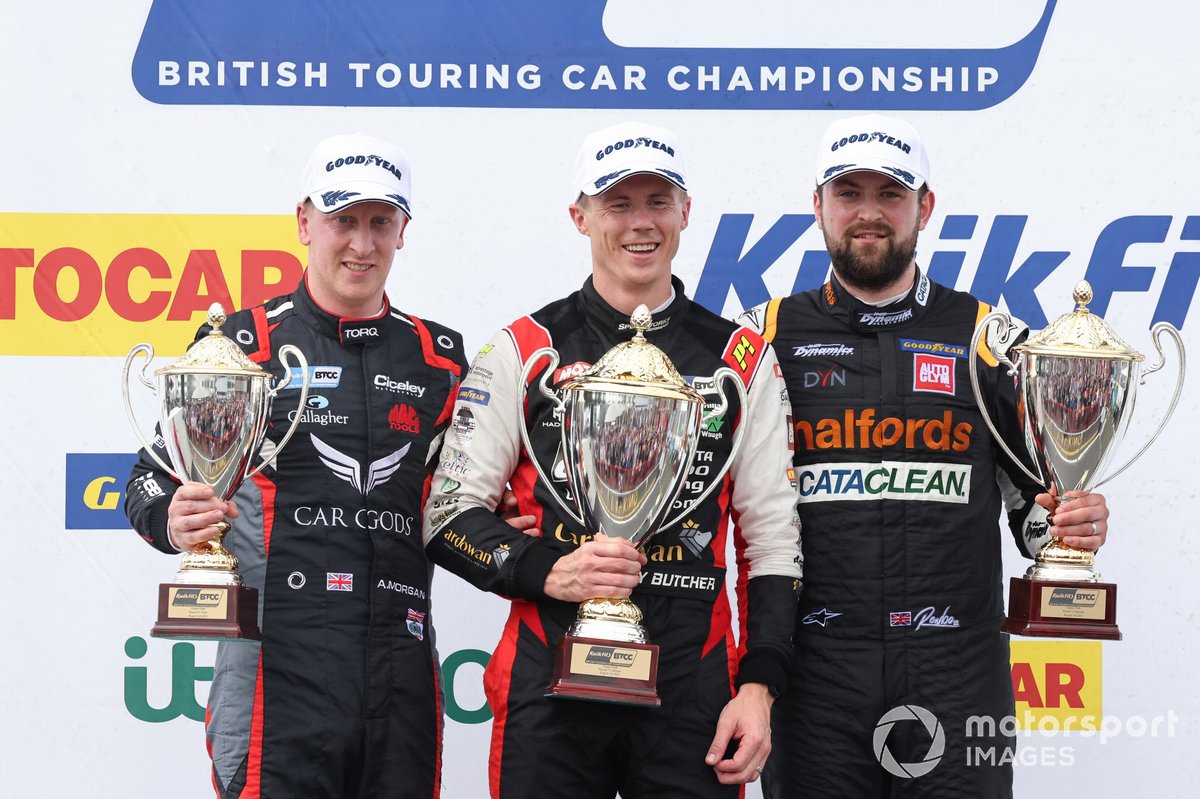 “Once I got in the lead it was just a case of managing the car, and in the last couple of laps I was just looking after it.”

Rowbottom turned his attentions to fending off Morgan (with 57kg on his BMW), who in turn had the Motorbase-run MB Motorsport Ford Focus (21kg) of Jake Hill in his wheel tracks.

It was a great defensive job from Rowbottom, who felt that with the originally scheduled 15 laps the task might have been beyond him.

While Rowbottom slowed that pack, Aiden Moffat homed in once he’d squeezed his Laser Tools Racing Infiniti Q50 (on 33kg of ballast) ahead of Shedden, who seemed to be struggling with 66kg on his Dynamics Honda.

Behind Shedden, Stephen Jelley was emulating Rowbottom in mounting a fine defence in his West Surrey Racing-run BMW in the battle for seventh.

Jelley had 39kg of success weight on the car, and his seventh appeared to be doomed once championship leader Ash Sutton got up to eighth in his LTR Infiniti.

But Jelley held on nicely to seventh from Sutton, with Senna Proctor (BTC Racing Honda) and Tom Ingram’s Excelr8 Motorsport Hyundai i30 N completing the top 10. 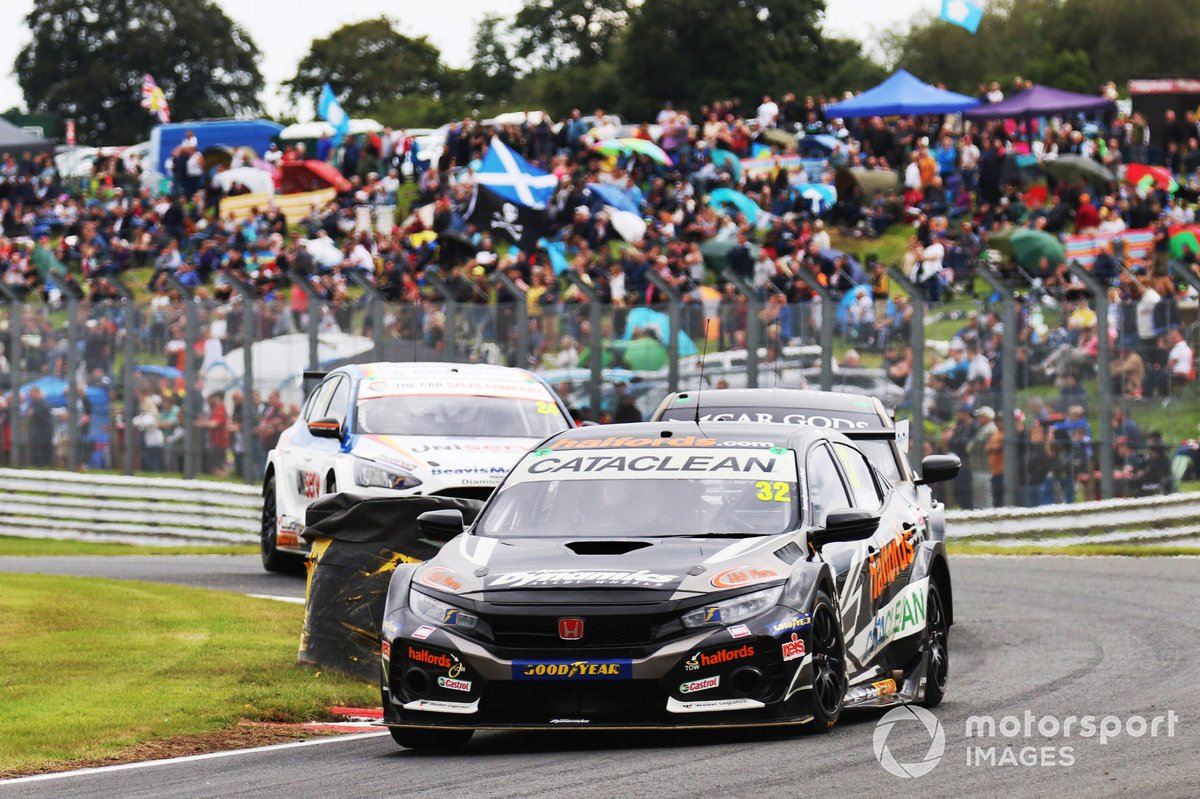 Colin Turkington was on the back of the six-car train led by Jelley, just adrift of Carl Boardley’s LTR Infiniti, to take 12th.

That could have put him in the reversed-grid mix, but Butcher pulled the ‘9’ out of the ballbag, putting Proctor on his second pole of the day and Sutton onto the front row for the finale.

Tom Oliphant and Rick Parfitt were non-starters following the heavy shunt in the first race.