Proctor, who had never before finished in the top four in a BTCC qualifying session, moved back to the forefront with three minutes remaining at the wheel of his BTC Racing Honda Civic Type R.

The Yorkshireman joined the 2021 series a round late after securing a last-minute deal, and is not carrying any success ballast, but neither is the similar Team Dynamics Honda of Shedden, who Proctor beat by 0.076 seconds.

Proctor was competitive throughout, and led the way at the half-distance stage from Oulton maestro Colin Turkington’s West Surrey Racing-run BMW 330i M Sport.

But the times tumbled on the later runs, with Butcher putting his Speedworks Motorsport-tended Toyota Corolla to the top of the times, and then Shedden pipping him to the top spot.

Proctor had dropped out of the top five by the time he unleashed his pole-winning flier.

“A massive weight has been lifted off me there,” he said. “It was a long wait from the tyre test three weeks ago where I was P1, but we got the tyres on and I managed it – I’m over the moon.”

Butcher, who is carrying 9kg of success ballast, gave credit to the Speedworks team for helping him get to grips with the Toyota in his first season in the machine. “The car is talking in my language now,” he said. 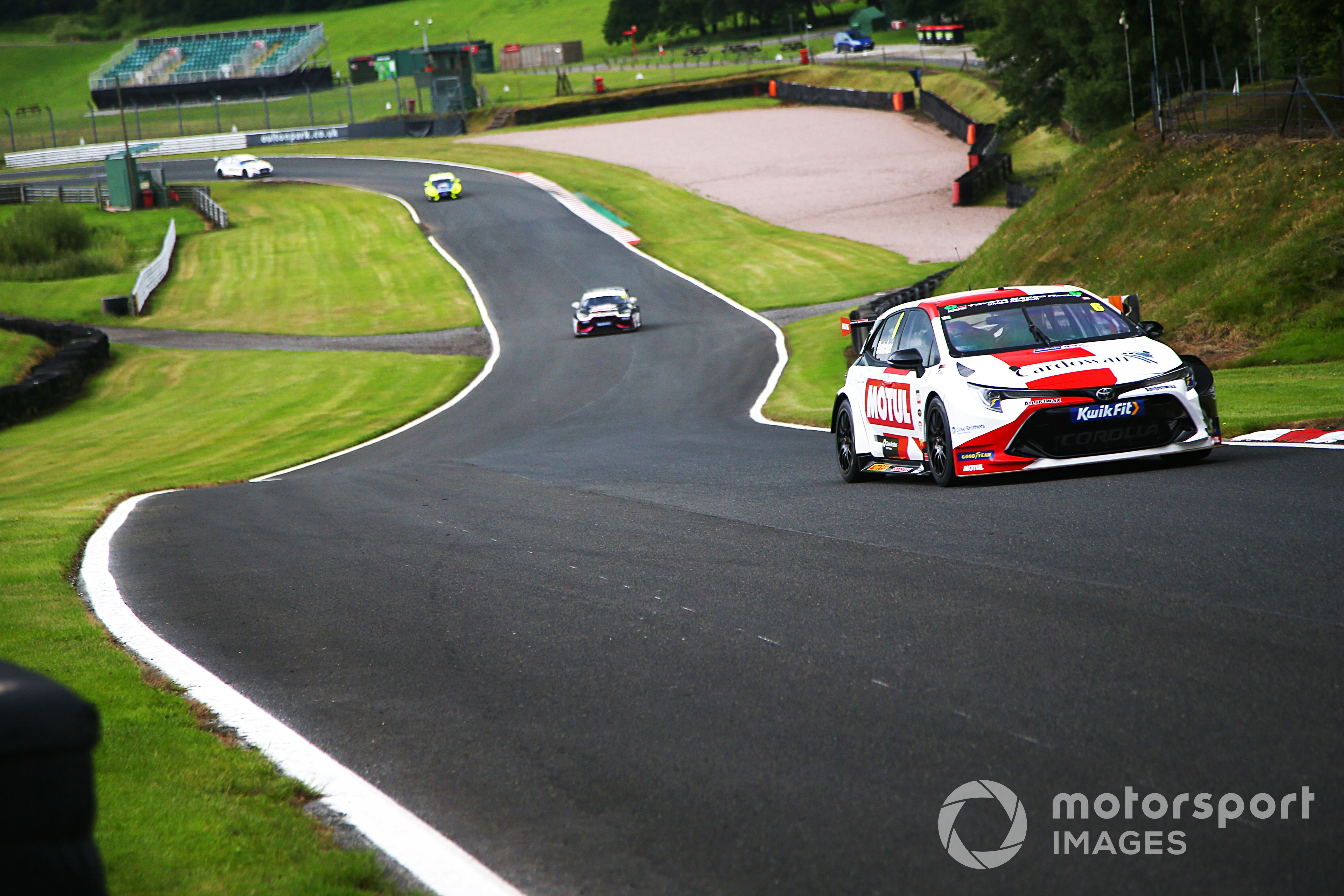 Another pole contender was the second Dynamics Honda of Dan Rowbottom, which is on 27kg of ballast.
The Midlander continued his impressive sophomore BTCC season and his best lap was quicker than Proctor’s pole effort over the first two sectors, only to lose time in the final part of the lap.

He narrowly headed Adam Morgan, the fastest rear-wheel-drive contender in his Ciceley Motorsport BMW, but who lost the rear end at the Hislop’s chicane on what was shaping up to a be a faster follow-up lap.

Jake Hill, carrying 39kg of success weight on his Motorbase-run MB Motorsport Ford Focus, took seventh on the grid, before repeating his free practice exploits by saving a massive slide at Cascades.

Stephen Jelley beat his illustrious WSR team-mate Turkington (on 48kg) to eighth – the four-time champion never improving on his earlier effort, not helped by a spin at Cascades that sent him to the pits.

Championship leader Ash Sutton, carrying the maximum 75kg of ballast on his Laser Tools Racing Infiniti Q50, rounded out the top 10, but was better off than the BTC Honda of third-in-points Josh Cook, who will start 13th on 57kg.

And each faces a much easier start to Sunday than Tom Ingram, who enters the weekend second in the standings in his Excelr8 Motorsport Hyundai i30 N.

Ingram completed only an out-lap before retiring to the pits due to the turbo wastegate becoming detached from the downpipe – nestling as it does between the engine and bulkhead, it was too hot to change, meaning he faces a charge from 29th on the grid with 66kg of ballast.