Championship leader Tom Ingram suffered a wishbone problem on his Speedworks Motorsport-run Toyota Avensis and could only manage the seventh best time.

A downpour shortly before the second session meant all cars went out on wet tyres. Despite the track drying initially, a further shower meant it was still a soaking track at the end of the 40 minutes. 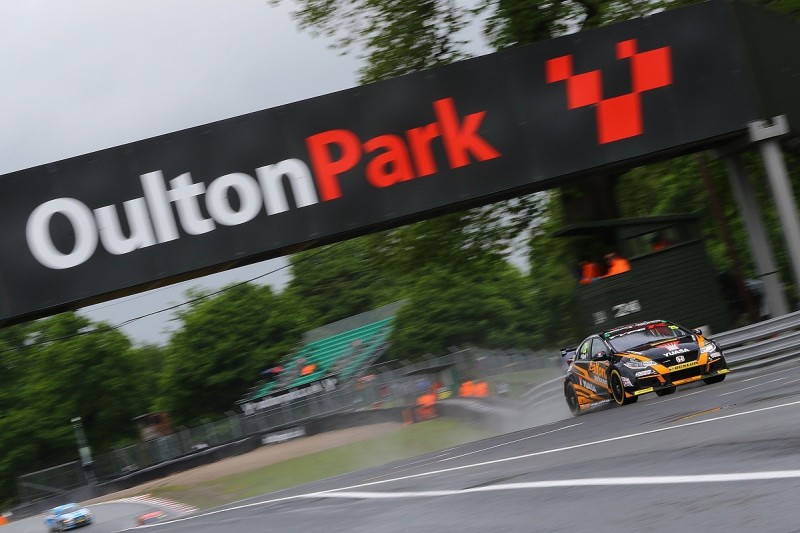 "We worked at the car and hit the sweet spot but I didn't expect to be fastest overall," said the three-time champion.

"You don't get anything for topping free practice but it shows that the car is working well in mixed conditions."

He was ahead of the Team BMR Subaru Levorg of James Cole, with 2009 and 2014 champion Colin Turkington in third place in the WSR BMW 125i M Sport. Session one pacesetter Jordan was eighth.

Reigning champion Gordon Shedden was a mid-session casualty when he slipped off the track at Druids and made heavy contact with the tyre wall. He had earlier experienced problems with the steering wheel of the Team Dynamics Honda Civic Type R.

Shedden recovered to the pits after his spill, but was unable to take any further part in the session.

"The conditions were very tricky, and the grip level was changing lap by lap," explained the Scot.

"It just got away from me."

BTCC to conduct turbo boost analysis during Oulton Park round

Friday favourite: A BTCC champion on his landmark cars and team-mate