The squad, which has won back-to-back drivers' titles with Gordon Shedden in the last two years, will continue to run the Scot and fellow series champion Matt Neal in its Civic Type Rs, which have switched to a predominantly black livery for this year.

"I think our new livery looks really striking and aggressive - we're going for a 'stealth-like' approach this year!" said Neal.

"Development is very restrictive in the BTCC on both the chassis and engine side, but we have been pushing hard in all departments and making good progress.

"As we proved in 2016, the Civic Type R is a superb all-rounder, and we are optimistic of being on the pace at every circuit again - plus, consistency has always been one of my strong suits." 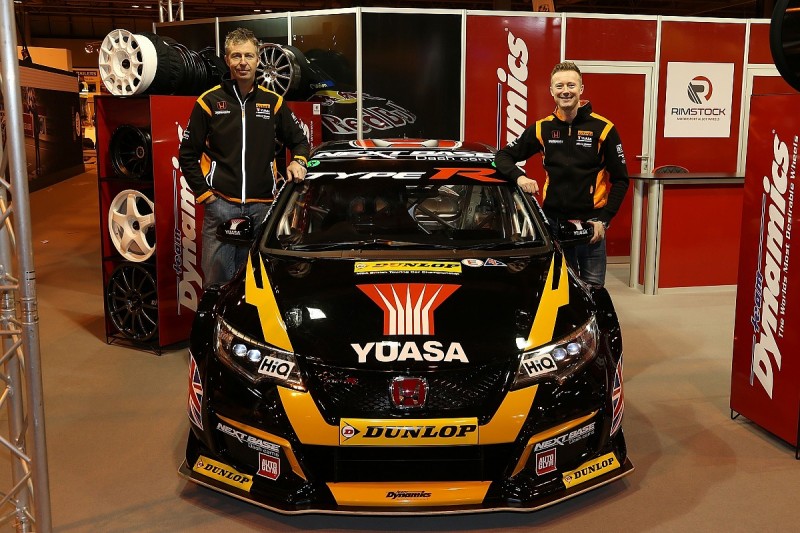 Shedden added: "I always feel like we're a little in the lap of the gods at this stage of the year, waiting to see what weird and wonderful things the engineers have come up with over the winter.

"There have been a few subtle rule changes over the off-season and it will be interesting to see how the new Dunlop tyre performs - Matt did the majority of the running on it from our side last summer - because everybody will need to get their head around it as quickly as possible.

"As far as I'm concerned, going into a new season as the defending champion is the best position to be in and I'm hopeful that we will be there or thereabouts from the outset - even if we fully expect the competition to be tougher than ever this year.

"With the variables of success ballast and reversed grids, you're not going to win every race so it's all about playing the long game."