Adam Morgan has kept his win from the final British Touring Car Championship race at Thruxton, despite gaining an advantage by bypassing the chicane three laps from the finish.

Morgan’s Ciceley Motorsport BMW 330i M Sport was leading the similar West Surrey Racing-run car of Colin Turkington on the first lap of the third and final restart when he locked up his front-right tyre at the chicane.

He was carrying too much speed to attempt to turn in, or even to try to bounce over the kerbs in the middle, so powered around the outside.

That meant that Morgan extended his lead over Turkington in that sector by 2.116 seconds, and recorded 109.2mph over the start-finish line speed trap compared to his next best of 105.5mph.

Morgan’s laptime, which would have given him fastest lap and was 1.147s quicker than his second best, was deleted.

He backed off on the next lap, allowing Turkington to close by 1.074s in the first sector and 1.735s across the whole tour.

Although the incident was investigated after the race, which Morgan won by 0.313s, no action was taken.

“I was never ever going to make the corner at the chicane, my first thought was I’m going to go off to be honest,” Morgan told Autosport.

“I had a split-second to think, ‘Can I make the middle of the chicane?’

“When I realised I couldn’t, I had to go around the outside. 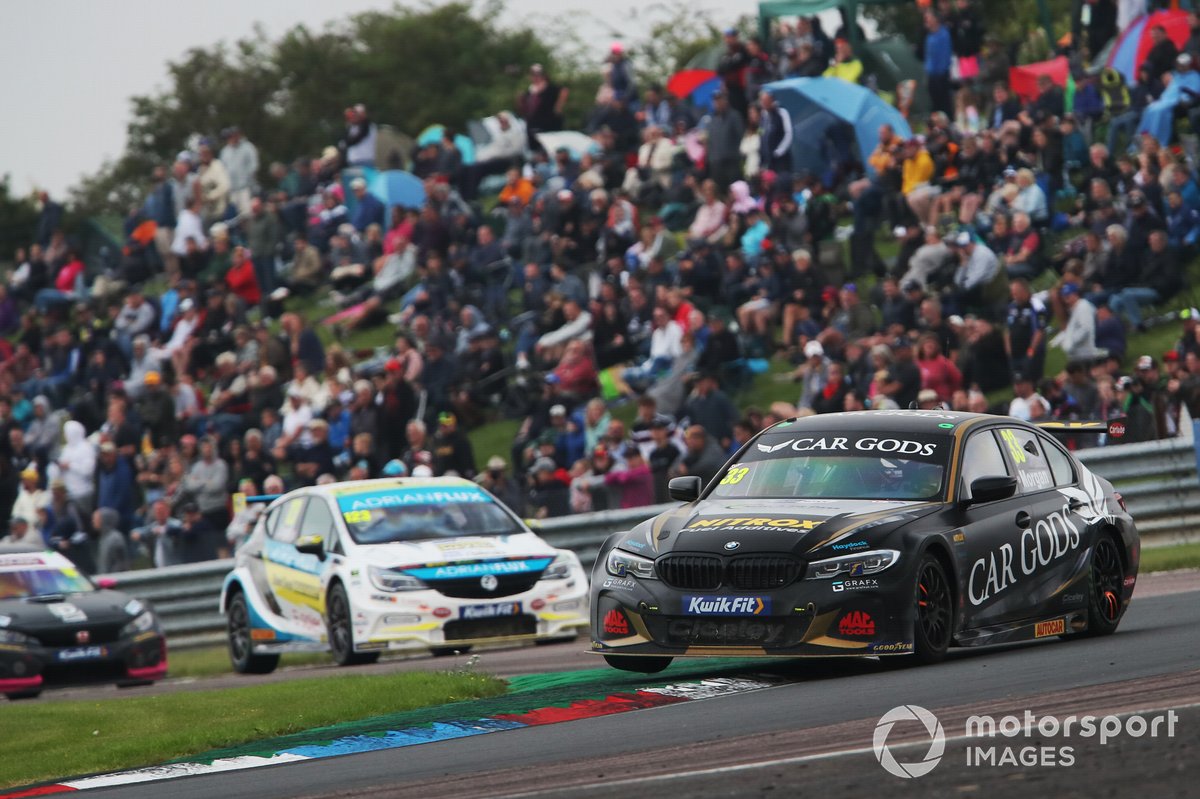 “Obviously I had cleared off from Colin, and I backed off through the next lap and tried to judge how much time I’d need to give back to him.

“After that, the [front-right] tyre was finished – it was almost knocking my teeth out with how much vibration there was. I was happy to get to the end.”

Morgan did not gain any positions, and neither was he attempting to defend any overtaking manoeuvre from Turkington when the incident happened.

Turkington was therefore philosophical about Morgan’s victory, but described it as frustrating.

“He obviously gained two and a half seconds on me, which relieved him of pressure for a few laps,” Turkington told Autosport.

“But it is what it is: I was pushing hard to try to force a mistake, which I think I did, and it was frustrating not to be able to capitalise on it.”

A number of other incidents will be investigated at next month’s Croft round: the accident between Gordon Shedden and Jade Edwards; an incident between Josh Cook and Tom Ingram; and a chain-reaction mass bumping during the first safety-car restart.