The Team BMR Subaru Levorg driver has had two difficult campaigns in the estate-shaped car, and heads into Brands Hatch's three-race finale this weekend without a victory to his name this year.

Plato, whose last race win was at Knockhill in August 2017, has taken at least one victory every year in a BTCC career that has now reached 20 seasons.

He is 27th in the points table this year and has only one podium to his name with a second place finish at Croft in early summer.

Plato cites numerous technical issues as the main reason for his lack of results.

"We've had lots of problems - I'm on my seventh engine now, and we had overheating problems again at Silverstone [in the last round], plus I've had some pretty abnormal luck," he said in a blog for sponsor Adrian Flux Insurance.

"It's been unbelievable from my perspective and I'm looking forward to rebooting and thinking about the future.

"When I have the car underneath me - I know how I felt in the car at Croft - I know I can do the business. You don't forget how to drive racing cars.

"I've historically been very good in everything I've jumped in, including year one in the Subaru.

"I turned the MG, something that was not very good, into the finest NGTC on the grid, likewise the SEAT and Chevrolet." 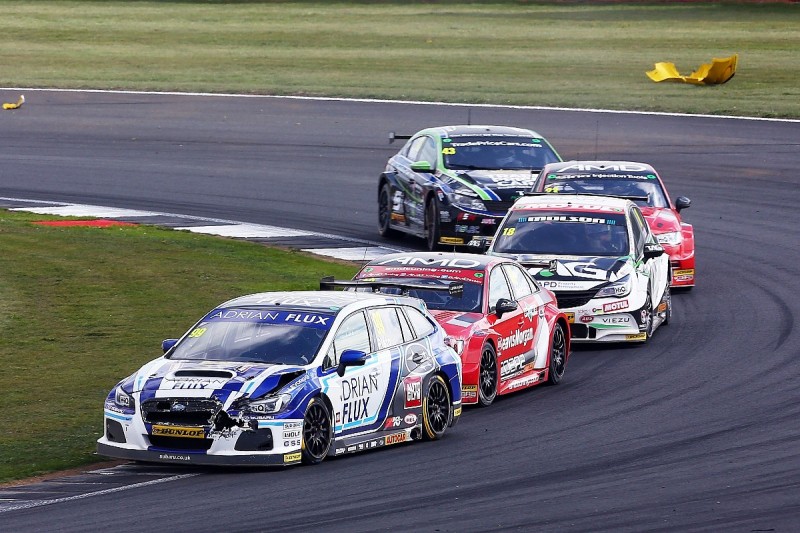 Plato thinks he still has the ability to win races and has just experienced a run of extremely poor fortune.

"I know if I'm in a competitive car for me then I will be back winning races again and that's what I need to do," he said. "The last two years have been hell really.

"There are many reasons for that, but if I think back to where we were in our first year with the car, once I had got my head around rear-wheel drive I was a match for Colin [Turkington, team-mate] at the end of the year.

"The wheels have come off ever since."

The 50-year-old has not yet signed a BTCC deal for 2019, but sources suggest he will remain in the championship for another season.