Plato converted his 50th pole position in the championship into his first win for a year in Sunday's first race at Knockhill, and finished runner-up to factory Subaru Levorg team-mate Ash Sutton in race two.

The series veteran swapped cars with Sutton for a back-to-back test at Donington Park during the summer break to try to resolve his early season problems, and said last month the test had helped the team understand where his car was lacking.

Plato said after securing pole "my car still isn't great in the dry", but he believes BMR has now found the root of his Levorg's problems after changing its differential before Sunday's first race.

"We found something in qualifying which we thought about after scratching our heads and it looked like we had a bit of a differential issue," said Plato, who sits a season-high 10th in the drivers' standings after the Knockhill weekend.

"We had a complete change of that unit [Saturday] night and the car's a different machine now.

"We think we've found the gremlin. I'm just so happy to be competitive again.

"I'm pretty awful to be around when things aren't going well - this is my life.

"When there's stuff you just can't get a handle on, it's frustrating.

"There is still work to be done, but now I can feel the front of the car.

"I have got some elasticity to the grip, rather than nothing."

Plato said it felt unfamiliar to be leading the first race, with his previous best finish this season a third place in the reversed-grid race at Croft.

"If I'm really honest, I'm a bit race rusty because I have not been used to racing with drivers of this calibre for most of the season," he said. 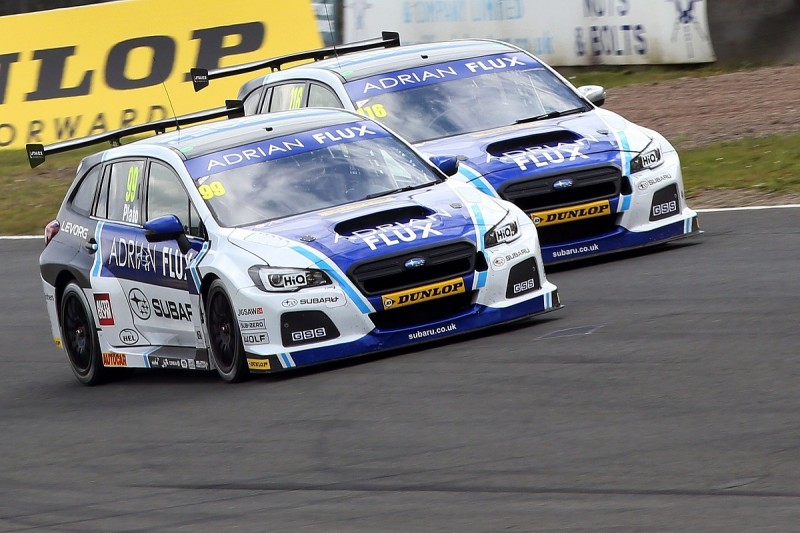 "I've been driving a different way to how I normally drive; I've been passive, not aggressive.

"I'm going to start enjoying myself. I think the 100 wins might be doable [he currently has 96]."

Plato added he hoped his improved pace would allow him to support Sutton's title bid.

"But anything other than a win - he can have it! That is the way it goes and I'd expect that in return.

"I will play it honestly and nothing would give me more pleasure than to see Ash crack it [the title] and if I can help, I will.

"I have Ash at the forefront of my mind, most definitely."