The British Touring Car Championship has broken records this season, with 12 different race winners over the 27 rounds

That level of competitiveness has created an eight-way shootout for the crown at Brands Hatch this weekend.

The showdown is due to an increased points system to bump up the tally for a win and reward drivers down to 15th place.

That came in to play in 2012 and, since then, there have been two five-way fights for the silverware.

This year has topped even those and there will be 110 miles of racing at Brands to determine the destiny of the 2016 trophy.

Realistically, there are five drivers in with a shot: leader Sam Tordoff and his WSR BMW 125i team-mate Rob Collard, the factory Honda pairing of Gordon Shedden and Matt Neal, and the Motorbase Performance Ford Focus of Mat Jackson. 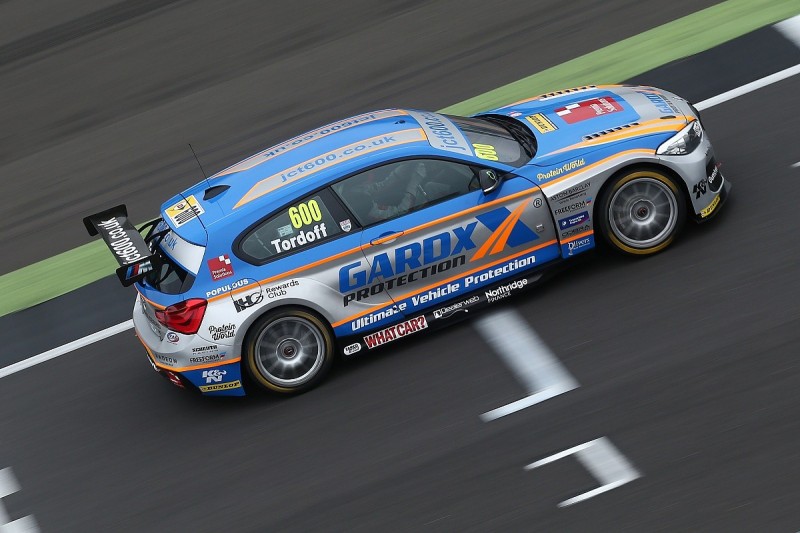 Since the NGTC rules began ruling the roost in 2012, the BMW 125i M Sport - the car that will carry the hopes of Tordoff and Collard - has not won at the extended version of the Kent venue.

Indeed, it is the only circuit on the current BTCC calendar where drivers of the rear-wheel-drive German cars haven't scaled the top step of the podium since it was introduced in 2012.

Not only that, Tordoff will go in to the opening race carrying 75kg of success ballast.

That won't be as much of a handicap on the Brands GP loop as it has been at other tracks but it will still have an effect.

There are the extra points to look out for too. The bonus offerings for leading a lap, securing pole and setting fastest laps could have a strong impact.

If Shedden wins the opening race from pole and sets fastest lap, that would mean he and Tordoff go into race two with only five points separating the pair...

There is a curve ball in terms of the softer option tyres, but the leading drivers have all successfully cancelled each other out by opting for them in race two. 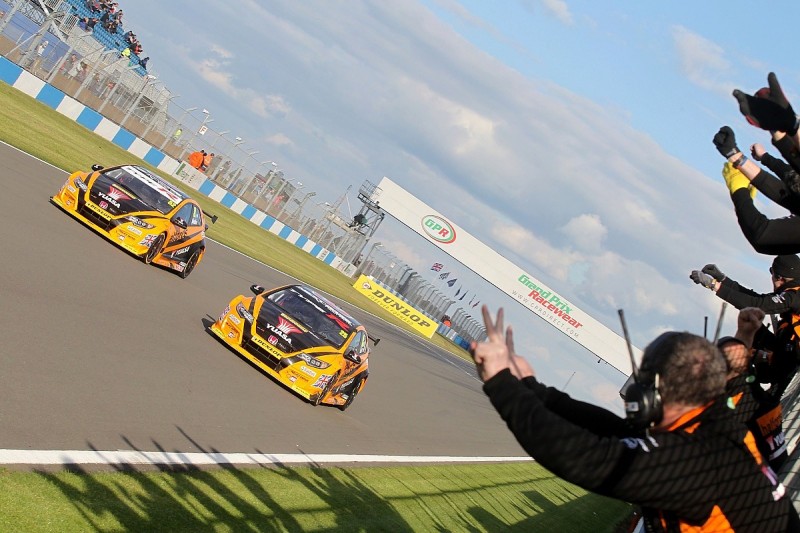 So while Tordoff will be the hunted, the Honda duo of Shedden and Neal are hunters, and both are pretty good at that.

They will have less weight than Tordoff going in to qualifying - 66kg for Shedden and 57kg for Neal - and both have been winners at Brands.

There are two other crucial factors that means smart money could be behind the orange machines.

Both have been in the title showdown before. Shedden has been in the reckoning five times during his BTCC career and claimed the title twice (2012 and '15).

Old hand Neal has been in the climax eight times, and prevailed three times.

But there is more to it than that: they will be looking out for Honda's best interests and will work together to make sure that one of them is in position to collect the title going into the final race.

The pair even started talking about a gameplan during the last meeting at Silverstone, but topsy-turvy race results meant that they didn't put the into practice.

After race one at Brands, they will. That means race one will be vital on a personal basis for the Honda drivers: whoever has the upperhand after the opener could have one hand on the crown. 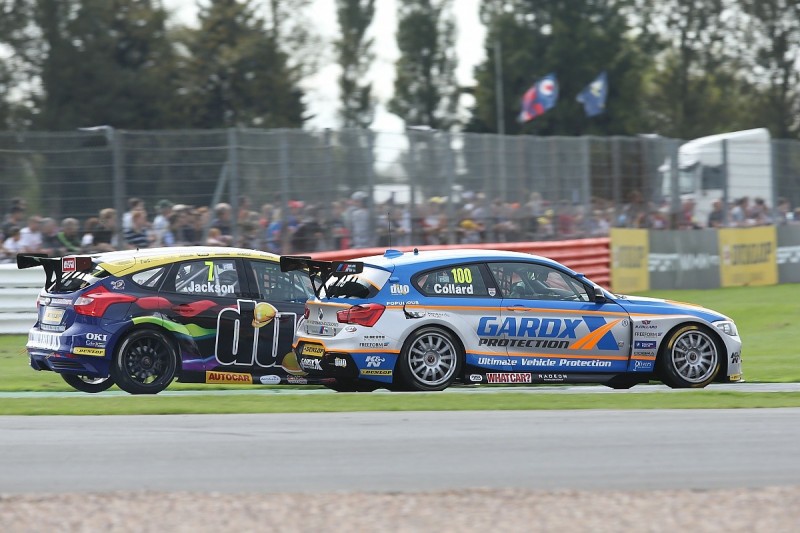 Collard will also be out to help Tordoff, but only when the occasion demands it.

Turning 48 on Saturday, Collard has had an Indian summer to his career with two wins this year but he has also picked up a qualifying bogey.

His average starting position (from timed qualifying) is 17th. You read that right: he has only started in the top six once, and that was at Donington Park in April.

It is only some swashbuckling drives that have helped him claw back ground but that could be a step too far at Brands - a circuit that hasn't necessarily been good to him in the past.

Mat Jackson, on the other hand, has had recent triumphs on the 2.4-mile GP track at Brands with a brace last season in the EcoBoost-powered Motorbase Ford Focus.

He is carrying 39kg to Brands this season though and, while he will be hungry for a maiden title, the odds against him are long. 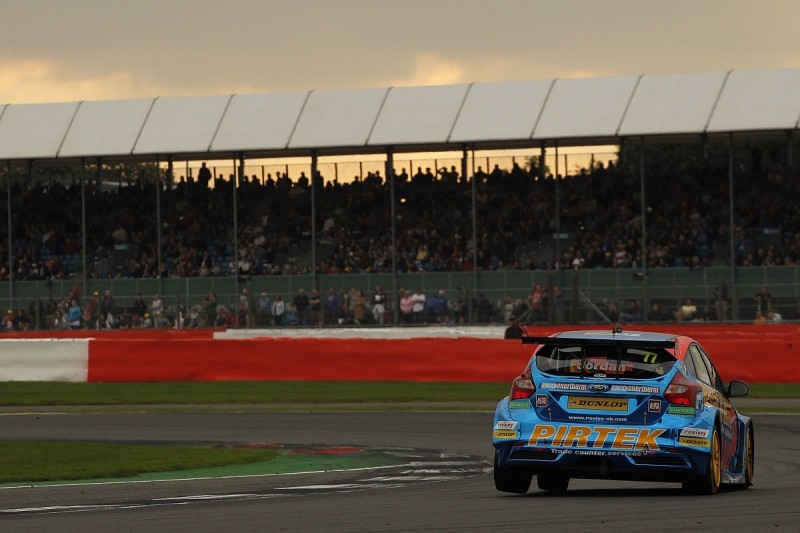 Three others have a mathematical chance of the crown: Jackson's team-mate Andrew Jordan in the Motorbase Focus, and the Team BMR Subaru pairing of Colin Turkington and Jason Plato.

All of these will require something disastrous to happen to the top five to make any real headway.

Jordan took his second win of the season at Silverstone during the last meeting, but the 31-point deficit to Tordoff will be too much for him to rein in under normal circumstances.

It is remarkable that Turkington and Plato are there at all, with a brand new Subaru Levorg underneath them and a tough baptism.

The team was even forced to withdraw from the rounds at Thruxton after a fuel-rail-system fire, so both lost three points-scoring opportunities.

No driver has won the BTCC after missing a meeting since Gabriele Tarquini for Alfa Romeo back in 1994. 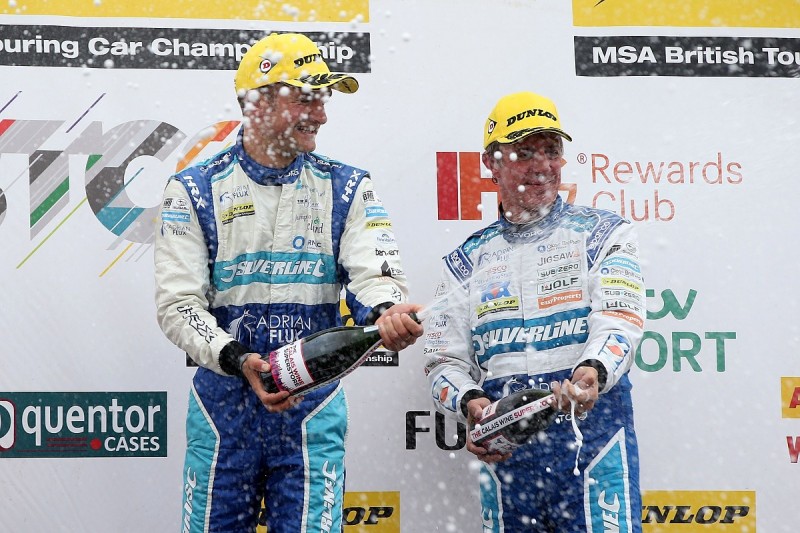