Honda yet to decide which car to use in 2015 BTCC

Honda remains undecided on the final form of its new British Touring Car Championship challenger, according to 2012 champion Gordon Shedden

The Japanese manufacturer's Civic Tourer became the first estate car to win in the BTCC last year, but its UK arm revealed last September a switch to the new Type R was possible for 2015.

Honda is yet to formally announce its plans but is expected to continue with Team Dynamics, which has run its programme since 2010, and Shedden confirmed the car would be in hatchback form.

"The Tourer was only ever a one-year programme," he said on the main stage at AUTOSPORT International. "We're going to go back to another Civic but exactly how it's going to look still is a little up in the air at the moment.

"A lot of people are going to expect us to use the Civic Type R, which looks fantastic as a road car.

"The only problem is it doesn't exist at the moment so we can't actually build a racecar out of it.

"But there's a new facelifted Civic out, the Civic Sport, and that looks pretty exciting as well.

"Whatever we end up with on the track, we'll take the heartbeat of what we've learned [about NGTC] from 2012 onwards and hopefully transplant that into the new car."

The hatchback version of the Civic won a hat-trick of BTCC titles from 2011-13 in the hands of works drivers Matt Neal and Shedden and then the Eurotech-run Andrew Jordan.

Although Colin Turkington ended Honda's run last year in WSR's BMW 125i M Sport, both Shedden and Neal believe the Japanese marque made the right call to switch to the Tourer. 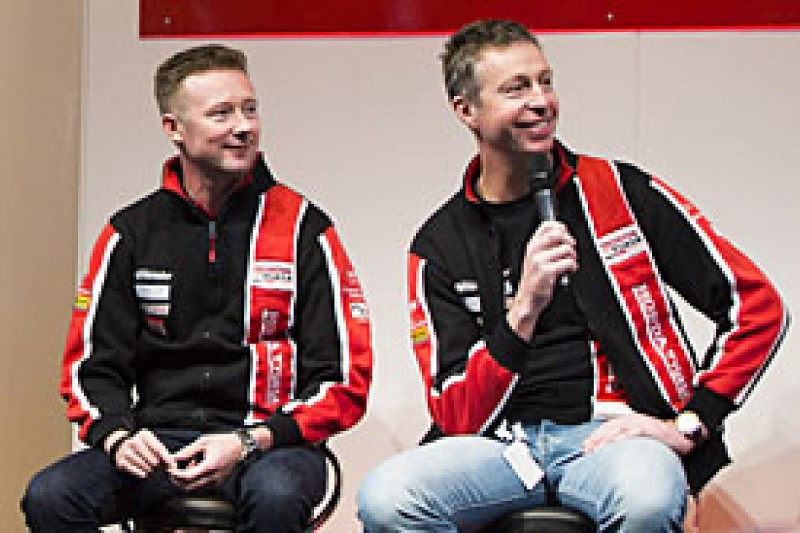 "To go and create a little bit of history with the Tourer was pretty cool," said Shedden, who earned the estate's landmark win at Donington Park and was Turkington's main challenger for much of the season before eventually finishing third in the points.

"When we announced we were going to use the Tourer a lot of people thought we were mad.

"I think we've proved a lot of people wrong. There were a lot of positives from that car."

Neal added: "It was a bit of a handful to start with, it was quite a different beast, but then we got our heads around it and it worked really well.

"We got wins with it and we got him [Shedden] onto the [championship] podium at the end of the year, which with an estate car was amazing."