Three-time British Touring Car champion Gordon Shedden grabbed pole position for the penultimate round of the 2021 series at Donington Park.

Shedden had yet to take a pole during his comeback season on his reunification with the Team Dynamics Honda Civic Type R team, although he was fastest for round two at Snetterton before being excluded for a rear-wing infringement.

This time, with 21kg of success ballast aboard the Honda, the Scot made it count, getting through the first 25-minute session comfortably in the top 10 and then snatching the pole by 0.033 seconds in the 10-minute shootout.

After a tough season, the Power Maxed Racing Vauxhall Astra duo of Dan Lloyd and Jason Plato caused something of a surprise by claiming second and third respectively, but neither quite had enough in the tank to dislodge Shedden.

“The car’s felt good today, but you’ve got to believe, and I really believed today it was in me,” said Shedden. “I had a cracking lap in both sessions.

“The car has been in the sweet spot all day, so let’s hope that transfers to tomorrow. You wouldn’t believe how happy inside that makes me feel.”

After Plato had topped free practice, the Vauxhall pair only just squeezed into the top-10 shootout thanks to last-gasp improvements in Q1.

But Lloyd and Plato starred in the shootout, Lloyd explaining that set-up experiments that didn’t work on his car for free practice were ditched in time for qualifying. 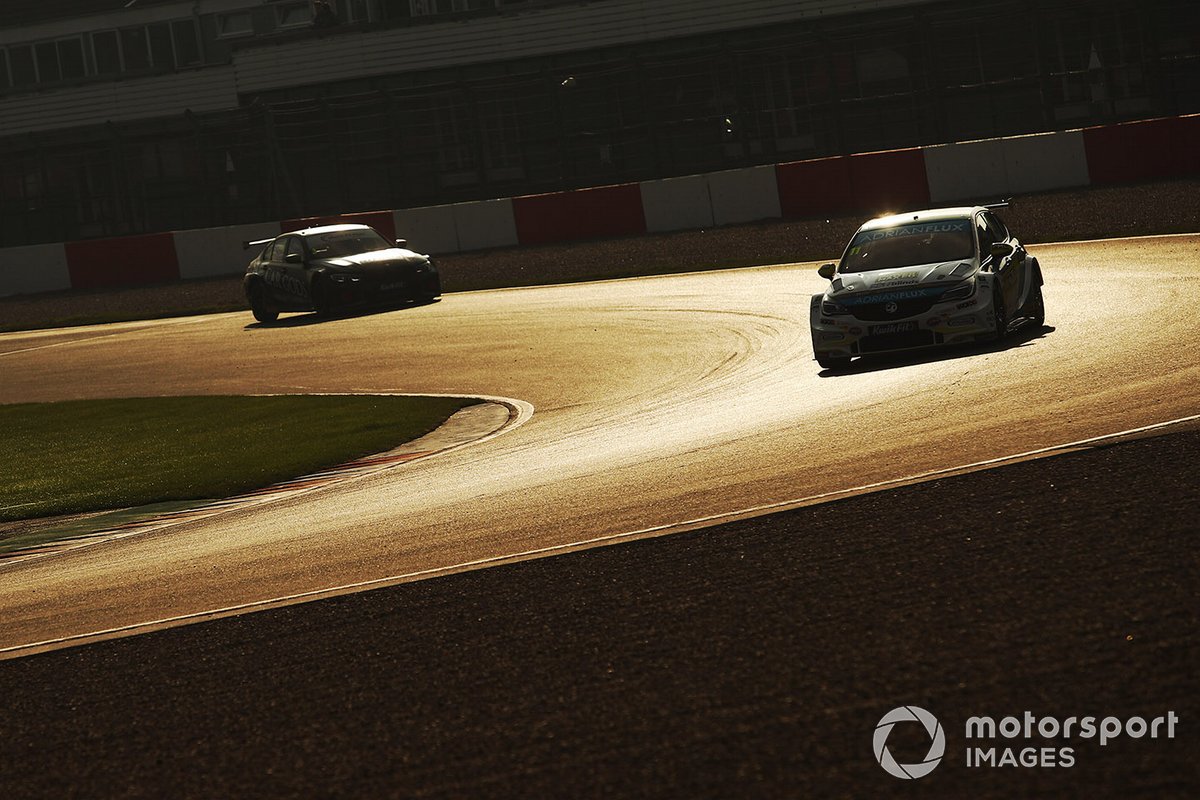 Rory Butcher, with 27kg of success ballast on his Speedworks Motorsport Toyota Corolla, continued his fine run of form from last time out at Silverstone to grab fourth place on the grid.

Butcher made it through to the shootout despite having his fastest two Q1 efforts deleted due to track limit offences.

Senna Proctor topped Q1 in his BTC Racing Honda, which is on 21kg of success weight. That Q1 time would have put him third on the grid, but he couldn’t match that in the shootout and will start fifth.

Likewise, Colin Turkington, his West Surrey Racing-run BMW 330i M Sport on 48kg ballast, was an impressive second in Q1 but also went slower later on, so the four-time champion will line up sixth.

Continuing that theme, Dan Rowbottom was third quickest in Q1 in the second of the Team Dynamics Hondas (9kg ballast), but he also went slower and slipped to seventh.

Chris Smiley was eighth quickest in his Excelr8 Motorsport Hyundai i30 N, ahead of the Laser Tools Racing Infiniti Q50 of championship leader Ash Sutton.

Sutton, with the maximum 75kg of ballast, was fourth in Q1 but he was another who could not get close to that time later on, and had a wild grassy moment at Coppice on his final effort on his way to ninth.

Josh Cook, his BTC Honda on 39kg success weight, rounded out the top 10.