Newsham graduated to the BTCC in 2011 after winning the Renault UK Clio Cup support category the year earlier and contested nine of 10 rounds that season, first in a Geoff Steel Racing BMW 320si before he joined SEAT squad Special Tuning Racing.

He enjoyed his most successful year in the BTCC in 2012, taking pole position for the opening round of the season in an ES Racing Vauxhall Vectra and later scoring two victories at Snetterton and Knockhill.

Newsham then raced for Speedworks Motorsport, AmD Tuning and Power Maxed Racing in the next three years, returning to contest the Snetterton and Knockhill rounds for PMR in 2016, before leading the BTC Norlin outfit that rejoined the championship last year.

The 50-year-old scored BTC's first podium in the series with a third place in the third race at Silverstone in September.

"It is with great sadness that I have decided to call time on my BTCC career after competing in seven consecutive seasons," said Newsham in a statement.

"I can only feel pride in what I have achieved during my time in BTCC, with eight podium finishes including two race wins.

"Scoring BTC Norlin's first ever podium on the penultimate round of the championship means I'm leaving on a high.

"I was almost ready to retire from BTCC at the end of 2016 when out of the blue I was handed a lifeline from BTC Norlin.

"We achieved some great results together last year and I have to say it was my most enjoyable season so far.

"I hope I played my part in helping to make this team one of the best in the paddock and wish everyone involved success in the future. Thank you BTC Norlin!"

Newsham added he would turn his attention to supporting his son Callum's racing career. 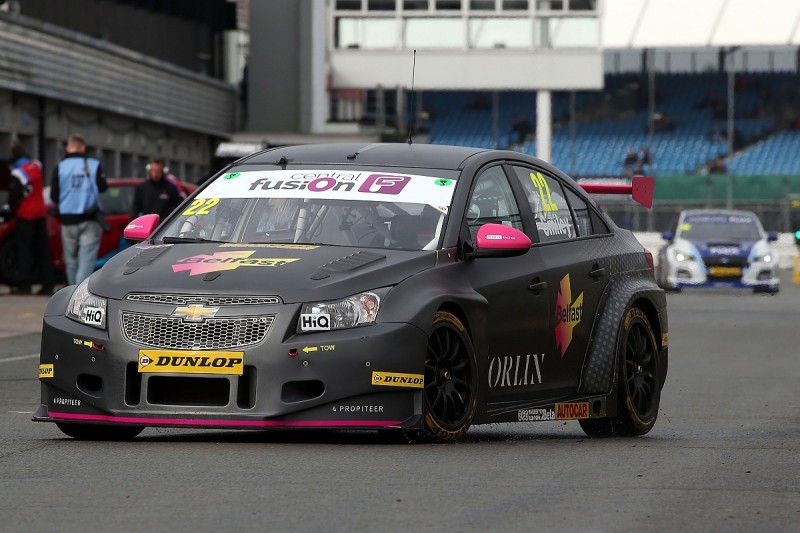 BTC revealed last week it would switch from running a pair of Chevrolet Cruzes to operating Honda machinery, and has now announced Chris Smiley as its first driver for the 2018 season.

Smiley drove alongside Newsham last year at BTC, in what was his first full season in the BTCC after his 2016 campaign in a Team Hard Toyota Avensis ended in the middle of the season.

He scored a best finish of seventh in 2017 - in the same race in which Newsham scored his podium - and was 21st in the points.

"I am absolutely over the moon to be back with BTC Norlin Racing and the new Honda Civic Type R machinery," said Smiley.

"My expectations for the coming season are high after having top 10 race pace consistently in the second half of the 2017 season.

"I can't thank Norlin and Bert Taylor enough for everything they have done for me and ensuring I have the best package possible for the up and coming year."