A race-two winning margin of 0.093 seconds and a victory-grabbing move in the final British Touring Car Championship race at Oulton Park were not enough to satisfy some fans

If you search "BTCC boring" on Twitter it will throw up quite a lot of results, especially from last weekend.

It seems the racing on show did not best satisfy a portion of the television audience.

Somehow motorsport has managed to get into a situation where vultures are swift to pick at the carcass of any race that isn't laden with overtakes.

Formula 1 is the chief victim of such a state of mind, but the BTCC rarely gets beaten with that stick. Not all races can be action-packed thrillers, but to label the trio of races at Oulton boring is unfair.

Watching on television appeared to create a perception they were processions. But TV is how we see them in the media centre. And these races were not really dull.

A race with multiple lead changes is an uncommon scenario, but more significantly is not a prerequisite for a good race. Of course it helps, but why should a race live or die off the back of how many times the lead changed?

Jason Plato's pace in race one was exceptional and his drive remarkable in its execution. There was a nose-to-tail battle for second and erstwhile championship leader Gordon Shedden fighting a rear-guard action just to hold sixth.

Plato's winning margin in race two was 93-thousandths of a second, running side-by-side with Gordon Shedden as they crossed the line. That is almost as close as they come.

And Sam Tordoff had to pass Matt Neal to win race three, before staving off Andrew Jordan - who pulled a robust move on Neal at Lodge to assume second, the two rubbing bodywork as they ran over Deer Leap.

I'm not trying to polish excrement and call it cheesecake. I'm calling it as I see it, and while I appreciate fans are doing the same I think it's a disservice to a venue such as Oulton Park to criticise its place on the BTCC calendar because the three races last weekend weren't overtaking-fests.

It's easy to look back on the Super Touring era with rose-tinted glasses, but how many races in the 1990s would satisfy the criteria of the modern fan?

That period's highlights reel makes for fantastic viewing, and features arguably the most spectacular season finale of all time (Silverstone 1992). But the sort of dominant campaigns produced by Gabriele Tarquini, Frank Biela and Alain Menu, to name a few, would hardly go down well in 2015...

You could argue the BTCC's reputation as a hang-it-out, wheelbanging, paint-trading, overtaking phenomenon was forged during the mid-noughties. And if you did, you'd be met with this counter-argument: the championship's a higher quality now. The cars are closer, the pointy end is sharper and the strength in depth is better.

With that, overtaking becomes more difficult. Tin-top racing, especially the BTCC's variation, opens itself up to the scenario more easily than most. But ultimately if drivers a lapping within hundredths of each other it usually takes a mistake or a Hail Mary. The latter almost invariably ends in contact - we're back to Silverstone 1992 - and that's usually a detrimental consequence.

Quality driving can sometimes come at a price in terms of wheel-to-wheel racing, but if you appreciate it then it can still be entertaining.

Oulton is a fanastic venue, a genuinely old-school circuit that challenges drivers like few others. Yes, it's tight, and yes it doesn't promote side-by-side racing in the way Rockingham or Silverstone National might. But who would want it to be? It's too easy to overlook the value of a circuit with real character.

So what if the races didn't feature dozens of overtakes? I'll take that trade any time. 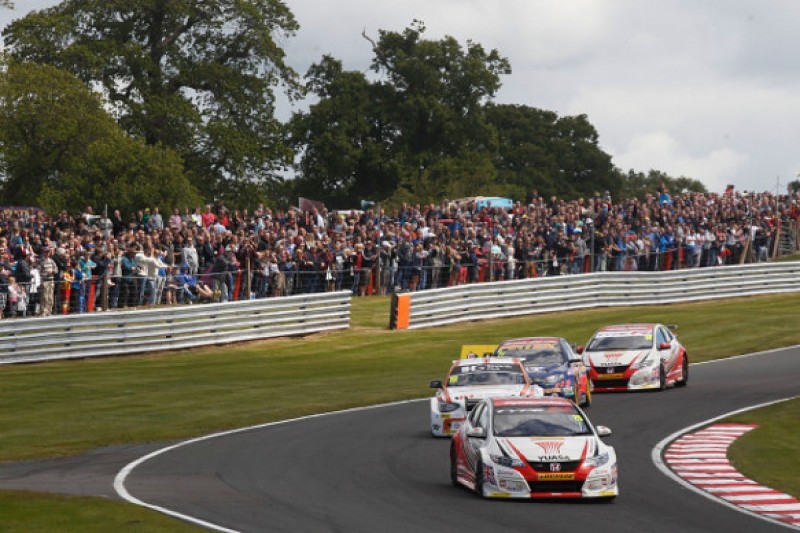