Jason Plato notched up two 2015 British Touring Car Championship firsts last weekend at an Oulton Park circuit he is used to thriving at.

His 91st and 92nd victories in the series came after two very different races, and he consolidated his newly-established championship lead with fifth on soft tyres and 75kg of ballast in race three.

That sort of dominant weekend does not happen by chance.

RACE ONE: A VICTORY FOR SPEED

Plato was on pole the last two times the BTCC used the Island layout, and record-breaking pace in both practice sessions last weekend preceded his seventh pole at the track.

The manner in which that was translated into a crushing race-one victory should not be understated. And he also executed the plan to grab race-two pole immaculately, setting the race's fastest lap with ease on the fourth tour.

Speed and precision is not an easy combination to achieve to such a devastating effect on a circuit as tricky as Oulton. But Plato loves the track's natural composition - a proper driver's track, he says, one where a driver's feel and a car's balance makes more difference than most others.

"At Cascades there's a crest and a bump and a camber change," he says. "Another one is Druids, there's some funny little bumps and undulations.

"Cascades is one of the most difficult corners in the country to get right. You brake late, go down the gears, come off the brakes, the car comes up and you turn the weight and it slides, but you don't correct it.

"You need confidence in the car to do that, you need a great car underneath you." 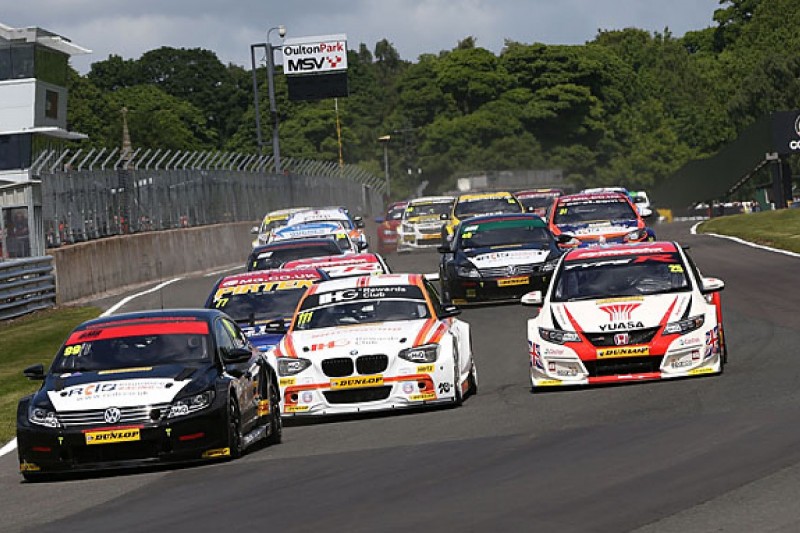 RACE TWO: A LESSON IN DEFENCE

If Plato's race-one triumph (pictured) was all about speed, race two was about guile. Nobody had won with 75kg of ballast on board prior to the weekend, let alone won twice in a weekend this season.

Once Plato held the lead at the start Gordon Shedden's task became a lot harder and Plato was almost flawless, save for allowing Shedden to close on the final lap after being slightly baulked by a backmarker.

"About mid-distance there was a turning point where my car started to come alive," explained Plato. "I had a bit of understeer at the beginning but the balance was coming to me.

"Then Gordon made a little error at the hairpin, lost a couple of car lengths and that was it."

To Shedden's credit, he'd put up his own strong rear-guard action in race one, admirably fighting off a string of cars to clinch sixth despite running with 75kg of ballast and the soft tyres. When it was Plato's turn, there were no mistakes either.

Aided in the most part by the warmer temperatures compared to those experienced at the troublesome Donington round in April, the soft tyre held up well. That meant defence could turn into attack for Plato.

"The perfect strategy with the way the soft tyre is, is to run it in race three," he said after finishing fifth.

"And the dilemma before the weekend was that we've done that twice and we can only do it one more time. So do we do it here? Or do we save it?

"My thoughts were we were going to be very fast so let's make hay while the sun's shining.

"The track temperature was coming up so we knew providing I was gentle for the first four laps, it would be OK. I figured we'd get fifth or sixth actually. I didn't think I was going to go backwards.

"I'm not surprised. I'm pleased it did what we thought it would."

The reward was the biggest haul of anyone so far this season, and with it the championship lead, three points clear of Shedden. Few could argue it wasn't richly deserved.

Read an extended insight into Plato's dominant weekend in Cheshire in this week's AUTOSPORT magazine, available from Thursday. 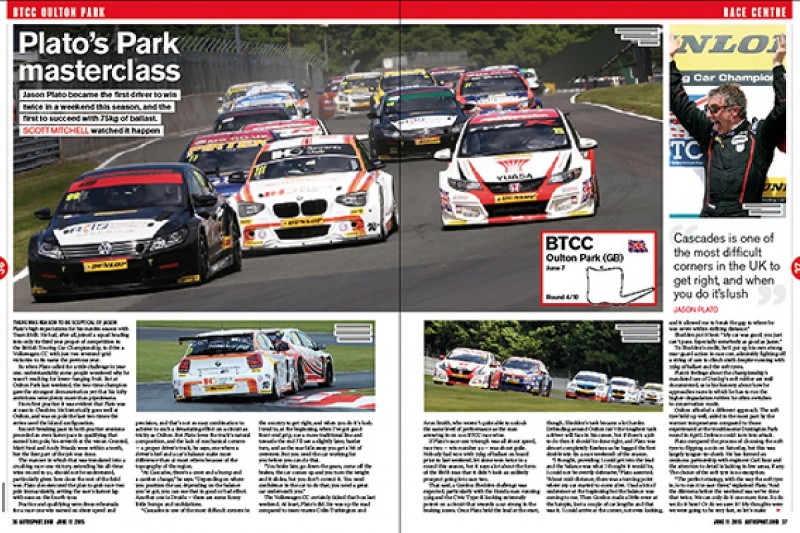