British Touring Car Championship star Tom Ingram says he has proved he was not a fool to switch to the Excelr8 Motorsport Hyundai team, following his first win in the car at Snetterton.

Commercial reasons were behind Ingram’s switch from the proven race-winning Speedworks Motorsport-run Toyota Corolla to Excelr8’s Hyundai i30 N Fastback, which scored two reversed-grid podiums in its maiden season in 2020.

Ingram’s Snetterton victory came in the reversed-grid finale, which is notorious for throwing up random winners at a BTCC event, but he scored the highest points tally of anyone over the weekend, has added a pair of second places in 2021, and has qualified the Hyundai in the top four at each of the first two rounds.

“Out of six races so far, we’ve had three podiums and we’ve never been outside the top six on pace,” Ingram told Autosport.

“From that point of view, it shows that we have got great pace in the car.

“If we can stay consistent, and do the job we’re supposed to do, then we’ll be in the mix for the championship.

“A lot of people said ‘what a foolish thing to do’ when I joined Excelr8, but we want to win races, and it’s so nice to prove that we can.” 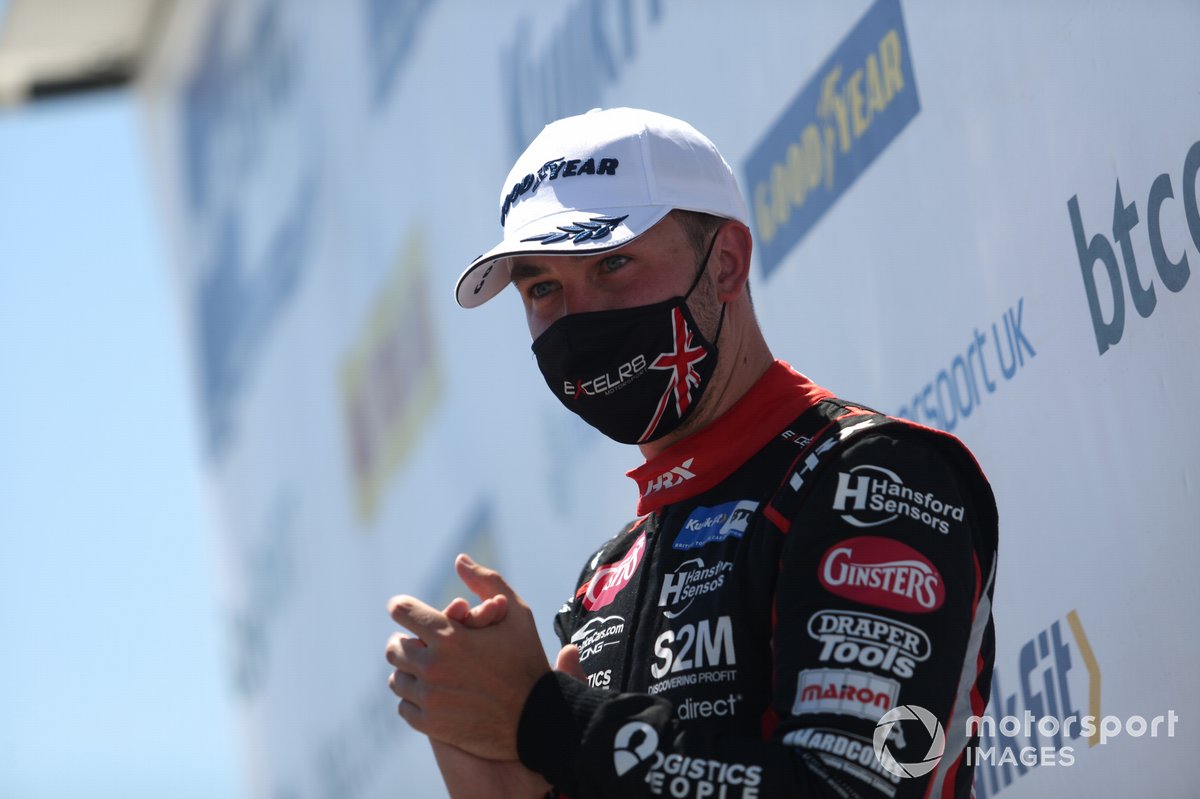 After a second place first time out in the Hyundai at Thruxton, Ingram qualified the car second at Snetterton, kept that position in race one, and added a fourth in race two before his win in the finale.

The results have moved him up to second in the standings, just two points behind reigning champion Ash Sutton. He leads the Independents rankings from Sutton on a wins countback, and along with Chris Smiley has propelled Excelr8 to the top of the Independent teams charts.

While a charging Sutton kept Ingram in sight to the end of the final race at Snetterton, the Hyundai driver said he had plenty of pace in hand.

“But another part of my head was saying, ‘Tom, don’t be an idiot – you might get a puncture or a safety car.’

“It was such a great weekend for the team – I’m absolutely delighted that everyone came to celebrate their first win at the podium.”

Excelr8 team principal Justina Williams told Autosport that the arrival of Ingram and engineer Spencer Aldridge from Speedworks has been “crucial” to the team’s upturn in competitiveness.

The Suffolk squad, previously best known for being a giant of the Mini Challenge, first entered the BTCC in 2019 with the venerable MG6, before making the brave decision to turn constructor for 2020 with the Hyundai.

The COVID-19 pandemic meant development on the i30 was difficult, while intended lead engineer Kevin Berry’s international commitments and quarantine requirements kept him away from the BTCC for most of the season.

“It was tough for us over the winter because the 2020 season ended so late, so the window before 2021 was very short,” said Williams, whose squad expanded from two cars to four due to its new association with former Audi team Trade Price Cars.

“It was a big ask from the team to build two new cars [for Ingram and Rick Parfitt Jr], but they were able to spend time developing things.

“Having Tom on the team has helped us all move forward, and with Spencer he’ll move us further forward.

“He should have won the championship a few years ago, and I hope he wins it with us – his driving skill and engineering knowledge with Spencer means things will continue to happen for us.

“I can’t explain how I feel – it’s amazing. It’s been a tough one for us, and we just all had to keep going to get to this point.”

Excelr8 is eyeing a tie-up with Hyundai UK for future seasons.

“They say they want to be involved, and this will only help it,” said Williams.