Tom Ingram claimed the first British Touring Car Championship win for the Excelr8 Motorsport team and the Hyundai marque in the finale at Snetterton.

Ingram, who started from fourth on the grid, instantly moved up to third, and then hunted down the front-row-sitting West Surrey Racing-run BMWs of Tom Oliphant and Stephen Jelley.

Jelley led from reversed-grid pole ahead of the sister 330i M Sport of Oliphant, but locked up into the Wilson hairpin on the second lap.

Jelley then appeared to brake early for the Agostini left-hander, and Oliphant ran into the back of him. Ingram’s Hyundai i30 N swept around the outside into second, and Oliphant spun off thanks to contact from the MB Motorsport Ford Focus of Ollie Jackson.

Ingram then played a waiting game before making the decisive move on Jelley into Wilson on the fifth lap of 12.

He was already 1.129 seconds ahead of Jelley by the end of that lap, and managed the gap to Ash Sutton and Gordon Shedden, who had moved into second and third, to win by 1.144s.

“It was a crazy start – probably one of the best I’ve ever done,” said Ingram. “I got shot of who I needed to early on, and I started to attack the people ahead.

“I could see Stephen was nervous and Tom was desperate to get past – there was a certain amount of inevitability about what happened.

“This is such a great weekend for the team – their first win and on home ground.” 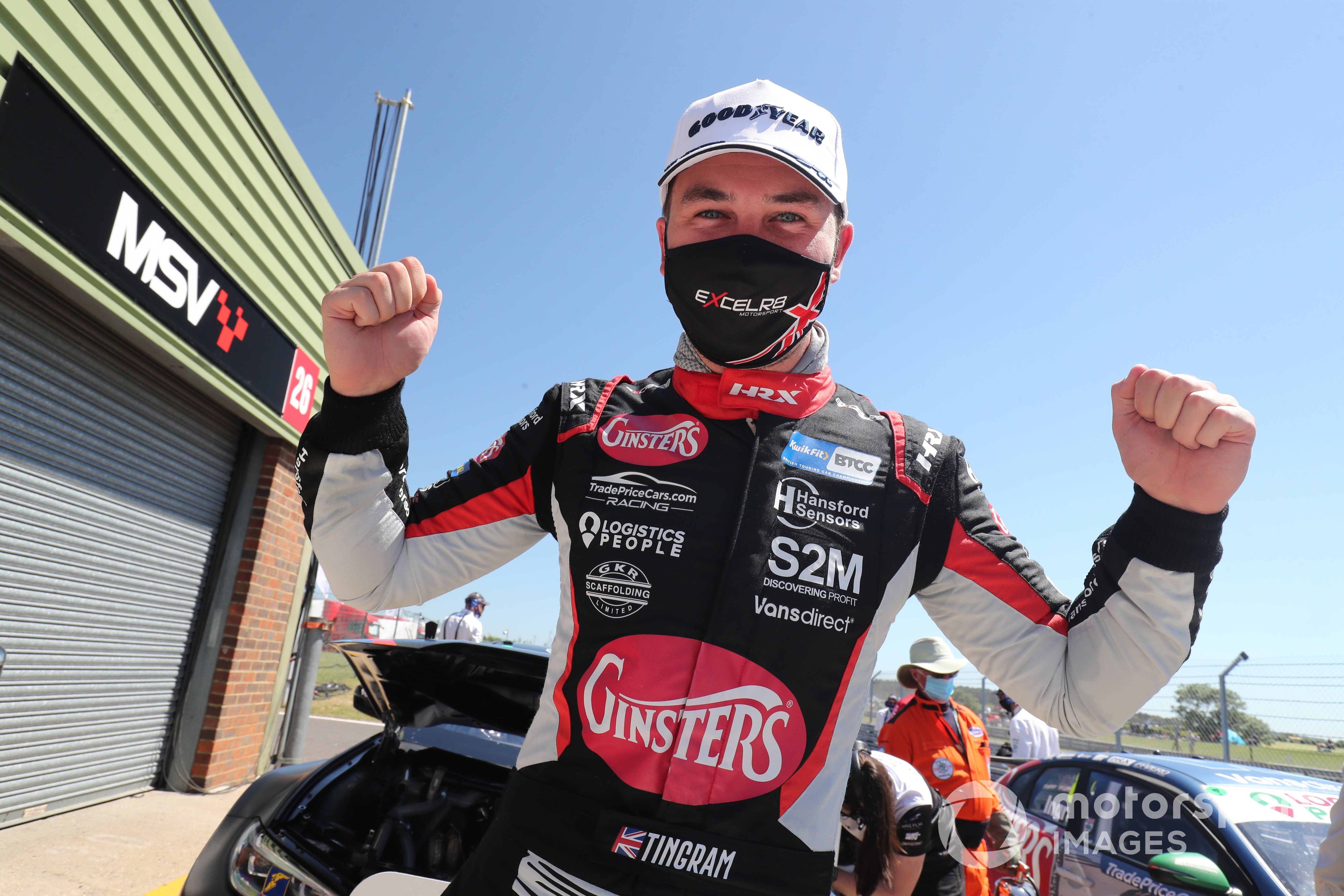 Sutton, with 75kg of success ballast aboard his Laser Tools Racing Infiniti Q50, was on the move from seventh on the grid, while the unballasted Team Dynamics Honda Civic Type R of Shedden was running the soft option tyres from 11th on the grid.

A series of spectacular moves from Shedden brought him into fourth by lap four, behind Sutton, and he followed the reigning champion past Jelley with five laps remaining.

Shedden had taken a huge knock on the early lap in contact with Josh Cook’s Honda, which bent the steering, and elected not to try a risky move on Sutton to move into second place.

Instead the Scot settled for third, the first podium of his BTCC comeback season.

Cook, like Shedden, was on the option tyre with his BTC Racing Honda, and he made superb progress from 14th on the grid to finish fourth, but was unable to catch the leading trio.

Jelley hung on to take fifth ahead of the Speedworks Motorsport-run Toyota Corolla of Rory Butcher, while Colin Turkington lost ground during the first half of the race and brought his WSR BMW home in seventh.

That means Turkington has lost his brief championship lead, with Sutton now in front by two points from Ingram, and Turkington a further three adrift. 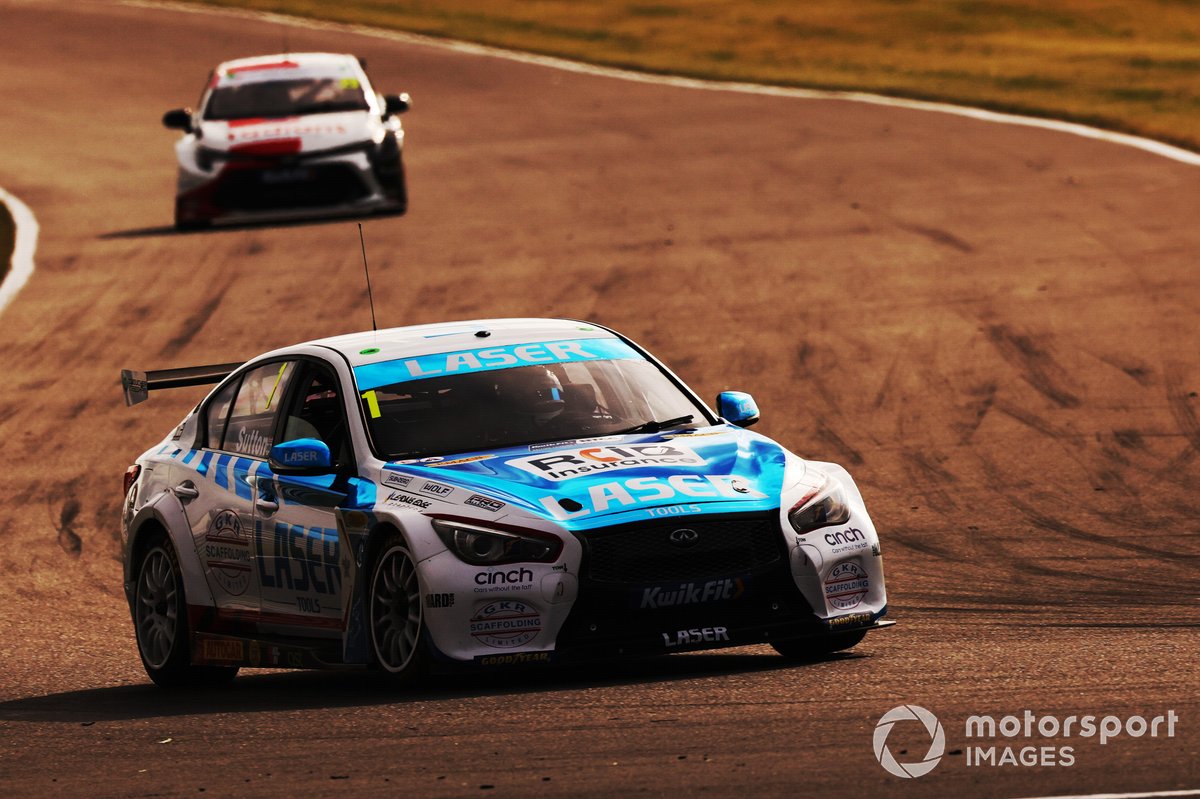 The top 10 was completed by the second Dynamics Honda of Dan Rowbottom.

Pre-weekend points leader Jake Hill recovered to 12th in his MB Ford, while team-mate Jackson retired after his incident with Oliphant, who finished 16th.