Dan Cammish took the first win of his British Touring Car Championship comeback season by leading from pole position to the chequered flag at Thruxton.

The Yorkshireman made the most of a crazy opening lap between the cars immediately behind him to extend a huge advantage in his Motorbase Performance-run Ford Focus ST of 2.419 seconds.

Cook then drew to the outside of Hill on the approach to the Complex, while Motorbase Ford ace Ash Sutton made it three-wide on the inside.

Hill was pincered in the middle, with Sutton squeezed to the inside, and contact from the Ford sent the BMW into a slide.

Through the Cobb left-hander, there was a clash between Cook and his good mate Sutton before the Honda was nerfed into a huge slide onto the grass from contact at the Complex exit of Segrave.

With Sutton’s momentum compromised, Gordon Shedden, who had qualified fifth, was able to make a brave pass around the outside of the Ford at the ultra-fast Noble left-hander to move into second position.

That all led to Cammish’s serene advantage but, with Sutton keeping him on his toes, Shedden erased the gap bit by bit, and the Team Dynamics Honda driver gained the point for fastest lap in the process. 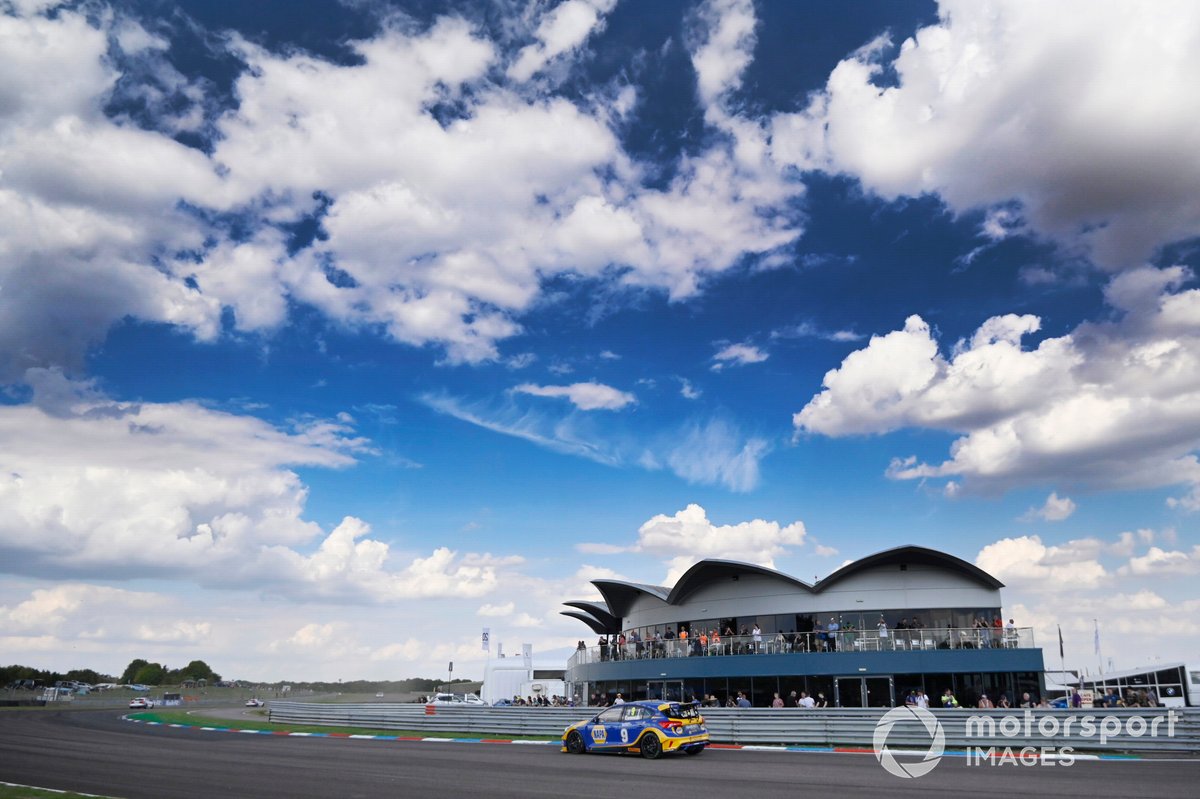 The interval was down to 1.050s by the time the chequered flag was unfurled, but Cammish never came under threat.

“It feels great,” said the relieved Yorkshireman, who has suffered a litany of trials and tribulations so far in 2022.

“Yesterday was part of the job, and that was an amazing pole for myself and the team.

“I made a great start, which I’m happy about, and then the chaos behind made it just like a gift.

“It was one of those funny races – you let your mind wander and then when you see them catching you have to get back into it.”

Behind Shedden and Sutton, Hill was reasonably close at hand throughout the race to claim fourth spot.

Ash Hand had a lonely race, the BTCC rookie continuing his impressive weekend to claim an excellent fifth in his Power Maxed Racing Vauxhall Astra.

The leading pair in the championship, Tom Ingram and Colin Turkington, made good progress at the start from their lowly grid positions, but that was their plateau as they took ninth and 10th in Excelr8 Motorsport Hyundai i30 N (which had a new engine fitted for Sunday) and WSR BMW respectively.

Cook recovered to 13th behind the BMWs of Stephen Jelley (WSR) and Adam Morgan (Ciceley Motorsport).