After early pressure from Sutton, race one winner and poleman Cammish had eked out a gap on the sister NAPA-liveried Motorbase Performance Ford Focus ST.

Due to a serious accident in the Ginetta GT4 Supercup race, the BTCC field had its race shortened by two laps to 14, and as it entered its closing stages Sutton was closing in.

Exiting the first corner of Allard on the penultimate lap, Cammish pulled to the right and let Sutton through into the lead.

With Sutton claiming fastest lap and pre-weekend championship leader Colin Turkington finishing down in 10th position, that means that they are now level on points heading into the final race of the day.

From the front row, Gordon Shedden couldn’t prevent Sutton chiselling his way into second place at the Complex on the opening lap, but the Team Dynamics Honda Civic Type R driver kept Sutton honest over the first half of the race.

In turn, Shedden found Jake Hill closing onto his bootlid in his West Surrey Racing BMW 330e M Sport and, when the Scot and the Kentishman began fighting, Sutton was able to draw away, allowing the cheeky NAPA switcheroo to take place.

“If you need a team-mate, DanCam is the man for it,” acknowledged Sutton. “He’s shown he’s going to support our campaign, and I hope one day I can repay the favour.

“I had to focus on the mix behind me, but when Shedden and Hill started battling I thought, ‘crack on’, and that’s when we reversed the positions.” 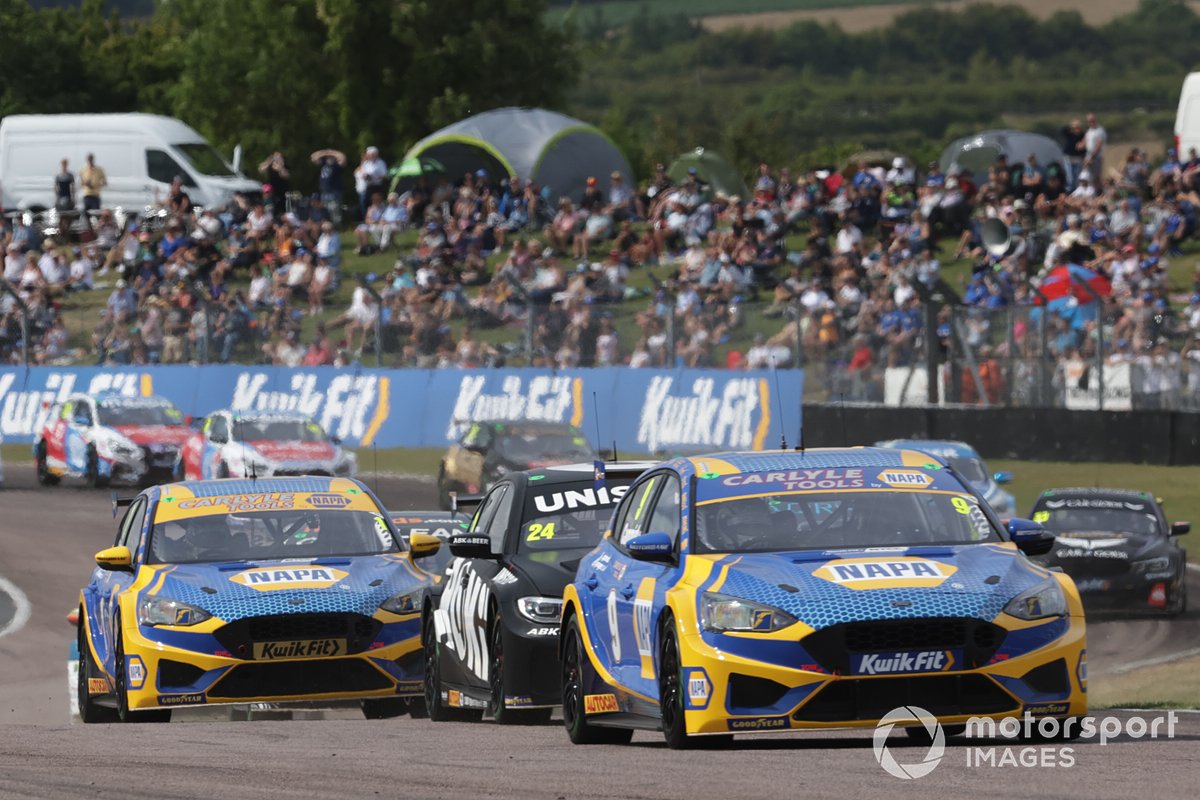 Shedden fended off Hill, who overshot the chicane on the final lap, to take the final podium position.

But Hand’s race ended when he pitted with engine problems at the end of the sixth lap.

Tom Ingram had passed Dan Rowbottom on the fifth lap, and Hand’s exit promoted the Excelr8 Motorsport Hyundai i30 N to sixth, although the Dynamics Honda of Rowbottom pressured him to the finish.

While Sutton and Turkington jointly lead the standings, Ingram and Hill are tied for third just 10 points in arrears.