Ingram, who lost the points lead last time out at Knockhill, put his Excelr8 Motorsport Hyundai i30 N 0.097 seconds clear of the West Surrey Racing-run BMW 330e M Sport of Jake Hill, who shot into title contention at the Scottish circuit.

Those times were set in the opening, early-morning session, when ambient and track temperatures were still in the twenties.

But by the time of the lunchtime session the ambient temperature had gone up to 31C, with the track in the high thirties, and consequently laptimes were approximately one and a half seconds slower.

It was the same duo at the top of that one, although this time it was Hill in front to the tune of 0.116s.

Ingram and Hill were in a class of their own in the opening period, with the next best over half a second adrift.

That was new series leader Colin Turkington, who is carrying the number 500 this weekend on his WSR BMW since he will notch up half a millennium of BTCC starts during Sunday’s racing.

Turkington, who is still piloting his 2019 title-winning chassis while his 2022 car is refettled following his monster Oulton Park shunt, was ninth in the second session.

Fourth in both outings was the driver with whom Turkington had that Oulton crash, Dan Lloyd at the wheel of his Excelr8 Hyundai. 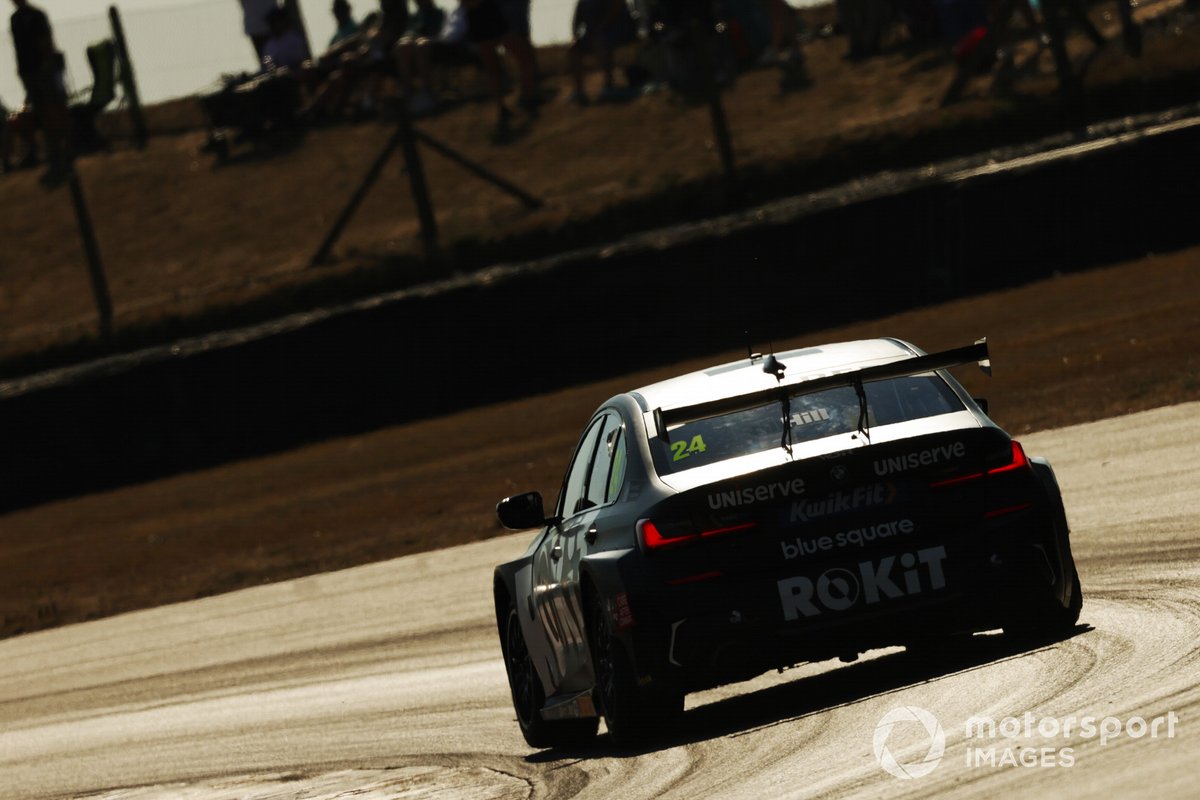 A last-lap improvement hoisted double Croft winner Lloyd up the order in the second session, representing a U-turn following his dismal Knockhill weekend.

Fifth and sixth in the opening period were the Speedworks Motorsport Toyota Corolla pairing of Rory Butcher and Ricky Collard.

Best of the BTC Racing Hondas on this occasion was Jason Plato, the veteran taking 11th in session one and seventh later on.

Plato’s former series leading team-mate Josh Cook continues to struggle in the midfield – he was bottom of all three speed traps in the first session, although elevated himself to the giddy heights of 25th out of 29 in one of the traps during the second period.

Another title contender languishing was Ash Sutton, who stopped briefly during the first period in the escape road at the end of the back straight before performing a reset on his Motorbase Performance Ford Focus and motoring back round to the pits.

There was one red flag across the two sessions, caused halfway through the second period by the Team Hard Cupra of Nic Hamilton.