Taylor-Smith made his BTCC debut in 2011, contesting the final round of the season with Triple Eight.

He stepped up to the series full-time in 2012 and claimed his first victory that year in a Motorbase Ford Focus, before winning three more races between 2014 and '16 in Volkswagen CCs.

The Irishman spent the 2017 season with the MG Triple Eight Racing squad but endured a frustrating campaign that included his involvement in a horror shunt in qualifying at Croft, in which he suffered a broken leg and concussion.

"I've absolutely loved British Touring Cars. I aspired to get into it from the moment I started motorsport and it culminated in getting into it in 2012 with Motorbase and winning a handful of races.

"[But] this was always at the back of my mind to go on to a different chapter - I'm not necessarily saying it's a step up or a step down, but to do some other form of racing. 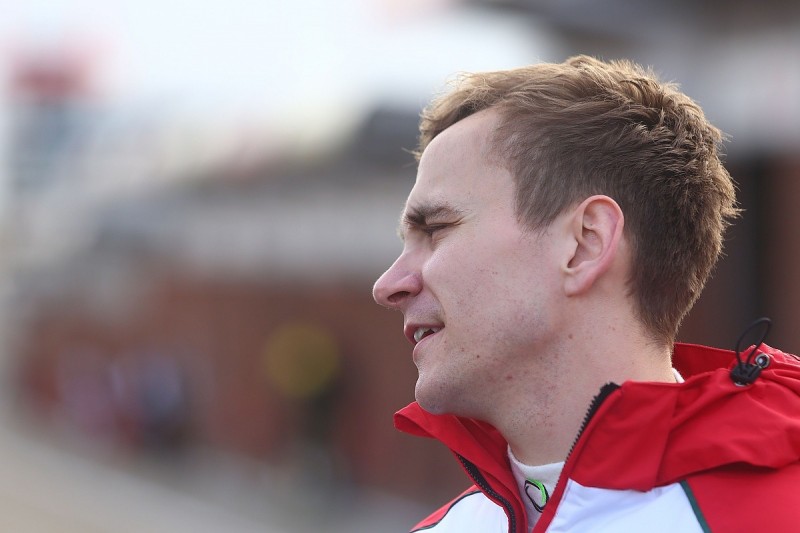 "Sometimes your calling card gets assigned to a team or a championship and all of a sudden you're looking outside that little bubble or spectrum.

"And that's why I wanted to do something where it was saying I'm really interested in doing something else."

Taylor-Smith drove for Team BMR in 2014 and '15 and achieved two victories in the first season, but was involved in a public war of words with team-mate Jason Plato after the Brands Hatch season finale in '15.

He moved to Team BKR, which inherited BMR's VW CCs, the following year before his switch to the MG Triple Eight Racing squad, which shares a Buntingford base with BMR.

"I've spent four years over here working under the BMR umbrella," he said.

"From a personal point of view, I want to move on to the next chapter in my own life.

"It brings moving back to Ireland, which is quite nice in itself, and I need to become an adult - more so than living on scraps of everything.

"I want to pave a life for myself in the working world and [have] a few other things that are a bit different that can't be achieved over here.

"The one thing I don't want to come across is that I'm in any way negative or condescending about the BTCC.

"I still think it's an absolutely amazing championship and Alan Gow and TOCA deserve a massive round of applause for building it up to the level it is.

"But from my own personal perspective, it's time for change."

Taylor-Smith said he is in talk with a Blancpain GT outfit and that would be his "first port of call" for 2018, while he is also considering options to race in America.