The Speedworks Toyota Avensis driver cured an early wheel vibration from the car to post a 51.955s lap, which meant he was the only driver to break the 52s barrier.

Adam Morgan backed up fourth place in free practice one with an even better time in the second 40-minute session to circulate in 52.183s, which put the Mercedes-Benz A-Class man second quickest overall.

In third place, Jack Goff was 0.275 adrift of Ingram in his BMW 125i M Sport. He was the leading WSR machine.

Snetterton crash victim Hunter Abbott bounced back in dramatic fashion by posting the fifth best time in his Power Maxed Racing Chevrolet with a 52.244s tour.

He was ahead of Jeff Smith's Eurotech Honda Civic, which had rejoined the circuit after an earlier off. 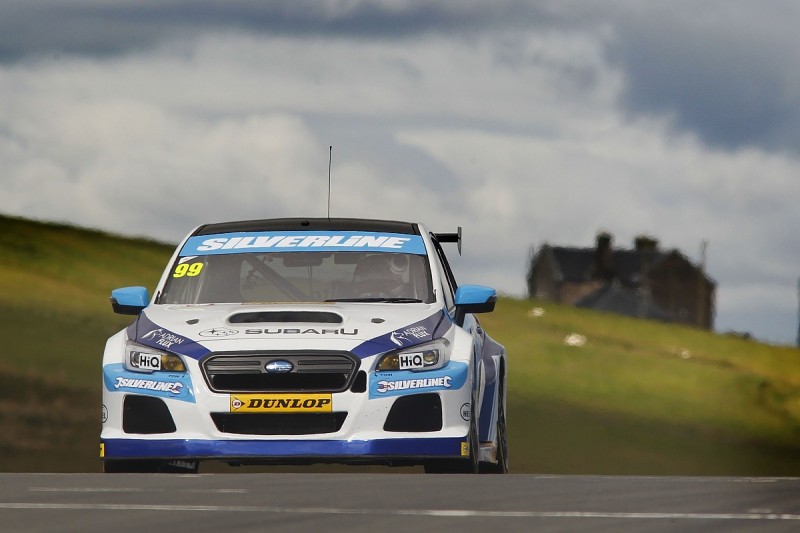 Team-mate Matt Neal struggled for a clear lap and finished in 17th spot.

Championship leader Rob Collard took his WSR BMW to 10th place overall, while his team-mate, second in the points Sam Tordoff, was seventh. They are carrying 75kg and 66kg respectively.

The 2013 champion Andrew Jordan caused a red flag during the opening morning session when a driveshaft broke on his Motorbase Performance Ford Focus and spat him in to the tyre wall at Clark's. He took his repaired machine to the ninth best time in second session.

How Subaru turned its BTCC fortunes around