The 2017 Volkswagen Racing Cup champion joined the team to race one of its VW CCs in his maiden campaign in '18 and scored a best result of seventh place at Rockingham on his way to 28th overall and 17th in the Independents Trophy standings.

Thompson said continuity for 2019 was an important factor in his decision to remain with Tony Gilham's Kent-based operation.

"The first half of the year was a bit of an education in just getting used touring cars, but once we had that learning process done, I felt ready to move up.

"We had some good meetings, but I am coming in next year with so much more knowledge and I want to put that to good use.

"Mike Bushell [Thompson's team-mate in 2018, who has already signed up for '19] and I talked. He is very enthusiastic about our potential and between us, we have a strong direction to help the team move forward and I want to be part of that journey.

"We work well together and Mike has a lot of experience. My aim is to break into the top 10: and then, who knows what happens? 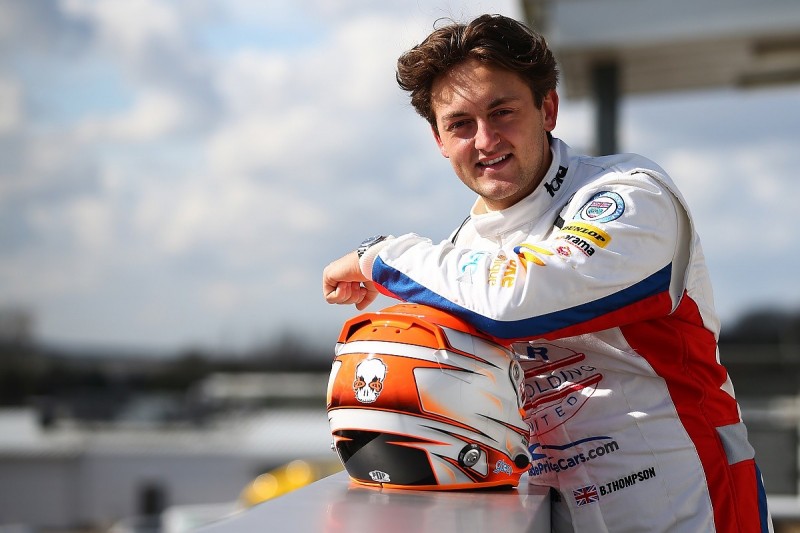 "This is the BTCC and you stand a chance from there. I just want to show the world what I am capable of."

Gilham's Team Hard operation has four TOCA BTCC licences, which are required to compete in the series, and the squad is confident of securing its third 2019 driver by the end of next week.

Gilham added: "Bobby is a very special talent and one that can go to the very top. He has amazing natural ability and will shine in 2019.

"We had a mixed season this year in the BTCC but Bobby's performances were noticed by many and the whole team are behind him as we aim to move up the grid together."

How the BTCC's class of 2018 ranked each other