Reigning Mini Challenge champion James Gornall, meanwhile, suffered a similar problem in the first race in his TPCR Audi, and sat out the second while it was replaced.

Hill again had dramas in the third race, with a puncture and a loose gearstick early on, although he rejoined and set the second fastest lap on the way to an unclassified finish in the old-spec FK2 Civic.

AmD boss Shaun Hollamby was mystified by the series of problems with the Swindon-built TOCA engine.

"We've never had a single problem with the Swindon engine before," Hollamby told Autosport.

"We changed a few bits, and after Jake's problem [in the final race] he was just out there to see if we'd cured the problem.

"The only positive is that we go to Brands Hatch [scene of this weekend's second round] without any weight [success ballast] on board."

"In the last race the gearstick fell off in my hand, and when it happened I just felt, 'Do you know what? This day can't get any worse,'" said Hill.

"But we proved that whatever issue we had with the engines prior was settled - it seemed to be healthy, with good power.

"It was an odd day - for both cars [the Honda and the Audi] to have the exact same issue is a little bit strange, and for my car to have it again in race two was a little bit annoying, but we changed about four different things electronically and it seems to have gone.

"I just want to go out and have a Chinese now!" 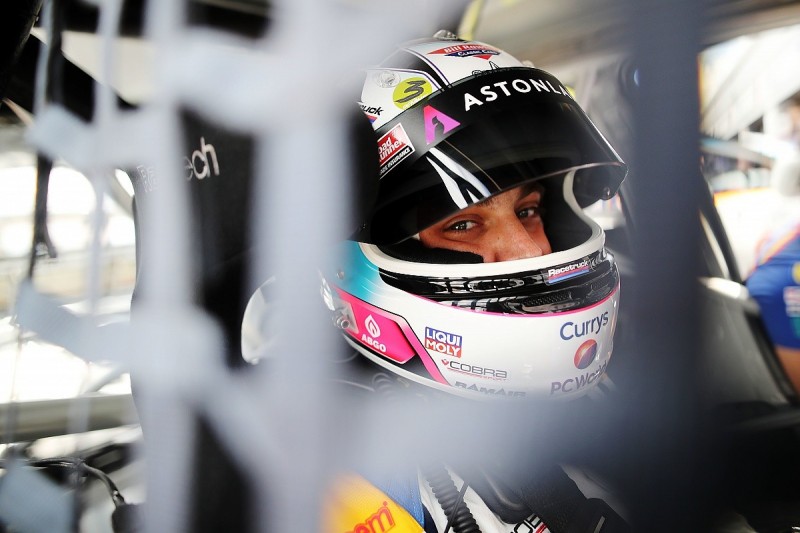 Hill is confident for Brands, his local track and a circuit where he always performs well.

"I do love Brands rather a lot - it's my favourite circuit, it's home and we have no weight.

"As long as the car's going well we should have no excuse not to stick it at the front and have a really good day."

Hollamby was delighted with the progress of Sam Osborne, who had a tough rookie BTCC season in 2019 with the venerable MG6 of Excelr8 Motorsport, and was seventh in the opening race at Donington.

Osborne retired from the second race due to conflicting warning lights on his dashboard, and from the third with suspension damage.

"I always knew he had the potential to do it, but I was expecting that to come later in the season.

"Now he knows he can do it, it takes a lot of pressure off.

"And I can't say enough thanks to the guys in the team - three engine changes in one day, that's not a regular touring car thing."

The other TPCR Audi of Bobby Thompson ran untroubled all day, finishing all three races, two of them in the points.